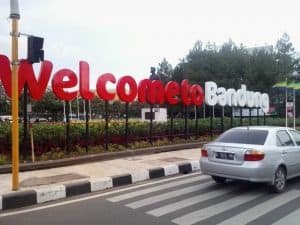 Flower city is another name for this city, because in ancient times the city is considered very beautiful with the many trees and flowers that grow there. In addition Bandung was formerly also called Paris van Java because of its beauty. To see more following interesting facts about Bandung you may see these followings.

Europe may have a city of Paris as a fashion center, but Bandung is also known as a city as well as fashion paradise in Indonesia considering there are many famous fashion brands in Bandung. Call it world class brands like Giorgio Armani, Guess, and Hugo Boss produced in this city. There are also hundreds of local fashion brands that are ready to compete in domestic and international markets. That’s why Bandung is nicknamed Paris van Java. Because Paris is a fashion city of the world, meanwhile Bandung is a fashion city in Java.

Flower city is another name for this city, because in ancient times the city is considered very beautiful with the many trees and flowers that grow there. In addition Bandung was formerly also called Paris van Java because of its beauty. To know more interesting facts about Bandung, you can see these following paragraphs below.

Bandung is also known as a place to produce hepatitis drugs and rabies drugs that will be distributed to the world. So you can imagine that the city of Bandung has an important role in the field of health. You can visit Pasteur area if you want to see the hepatitis and rabies vaccine factory.

The film industry of the homeland has been so rapid that it can spawn the work phenomenal, but did you know that Bandung became the first city in Indonesia as a place of cinema movie screenings titled Lutung Kasarung in 1926 and the second film titled Eulis Acih aired one year ago. Until now, Bandung is also the first place to establish Blitz Megaplex Paris Van Java which is the largest cinema Indonesia.

Under the leadership of Mayor Ridwan Kamil, the city of Bandung succeeded in defeating tens of cities from all over the world and becoming a finalist of World Smart City Award 2015 held in Barcelona some time ago. Bandung accompanied Dubai as a representative of Asia in the competition.

Bosscha Observatory is one of the oldest observation stars in Indonesia located in Bandung. Bosscha was built by Nederlandsch-Indische Sterrenkundige Vereeniging (NISV) or the Dutch Indies Star Association. This observatory has also been the scene of filming one of Indonesian children’s film entitled “Petualangan Sherina”.

The city of Bandung is the only city with 4 State Universities. They are Bandung Institute of Technology (ITB), Universitas Pendidikan Indonesia (UPI), Padjajaran University (Unpad), and Sunan Gunung Jati State Islamic University. It would be a nice consideration if you could be the students of university in Bandung.

Bandung has many parks commonly used by residents to remove fatigue. So far, it has dozens of neatly laid out gardens (some are still under construction). Bandung is famous for its unique city parks. One of them is Taman Jomblo. Taman Jomblo is a special park created for lonely singles in Bandung. This park was initiated by the Mayor of Bandung, Ridwan Kamil.

Bandung Lautan Api is the nickname of Bandung when the seizure of territory by the Dutch who will make the city of Bandung as their military headquarters. Residents of Bandung at that time was incessant incessant to defend their beloved city.

Bandung city is a big city that has the largest fleet of public transportation named angkot, why so? This is related to Bandung residents who prefer to use public transportation for traveling rather than using private vehicles. Evidenced by the number of angkot in Bandung be cool because not much pollution.

In addition to its beautiful nature and attractive townscape, Bandung is also a city with many tourist destinations. Bandung is famous for its family tourism destination is interesting and arguably cheap but memorable. Family tours that can be obtained are in tourist objects such as Farmhouse, Floating Market Lembang, and much more.

Did you know Flower City is a Network City Cellular telecommunications operators, although not as the State Capital, Bandung City is believed to be the first city to get a network of prime. So, this City is the first City to feel the quality of cellular network, when other cities do not have it.

Those are facts about Bandung. This city is considerably most visited city in West Java. It could be another option for those who want to visit Indonesia besides Bali. Wanna try to visit this city?