Home » Place » City » 15 Best Nightlife in Bandung to Having Fun

15 Best Nightlife in Bandung to Having Fun

The city of Bandung is famous for a mildly cool air and there is not much air pollution around. This is very different from the atmosphere in Jakarta. Bandung is known to have many tourist assets, ranging from nature tourism, science, shopping, and culinary. The city also relies on entertainment areas to boost its regional income. However, the city of Bandung is even more famous with the life at night. Nightlife there is very suitable to be used to gather with close friends, relatives, and others.

Based on local government data, Bandung is an entertainment center whose income from tourism exceeds the target, two of which businesses that are booming there are karaoke and massage parlors. That’s why Bandung is one of a few city with tourists who keep coming, and they obviously wanted to keep themselves entertained. Below will be listed some of the nightlife that people can have in Bandung. 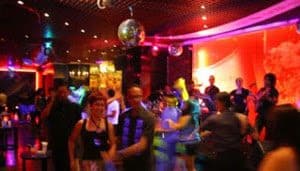 Embassy Score is one of the nightlife centers in Bandung. Equipped with dance floor and DJ that usually plays electro, R & B, and reggae music.

This Bandung entertainment venue is located at Jalan Cihampelas No. 160, at the Cihampelas Walk complex.

The nightclub is among the most popular in Bandung and has been established since 2004. The club often features national artists alongside national or international DJs. There are no rules about the dress code in this club. 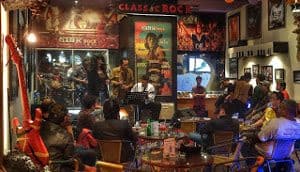 Each corner of the room is full with all things of Classic Rock items from the table, few photos and poster hanging on the wall, and there is also memorabilia of Rock music, that even the book menu is also designed with shades of rock music. 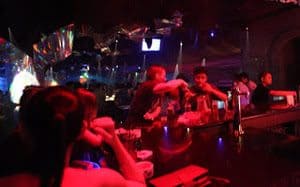 Club Amnesia is a nighttime entertainment place that’s a favorite for the youngster in Bandung. This club is located on Pasirkaliki Street, precisely in Paskal Hyper Square. Amnesia has a large space capacity and can accommodate up to 600 people. Amnesia often invites well-known DJs from local or foreigner alike. This club is always crowded with visitors, especially during weekends.

Amnesia has an exclusive karaoke room on the 3rd floor. The place also prepares food, karaoke bar, dance stage and often there is live music happening. Not far from Club Amnesia, you can get to a city hotel, Bandung train station, and other nearby facilities 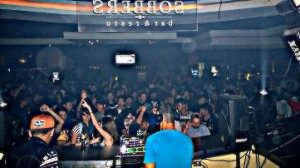 Butterfly Pub and Karaoke is a place designed for young people. Interior and exterior design are impressive and charming because there is a live performance of indie bands Bandung that can spoil young people attending there. 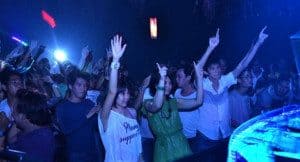 Escobar Bandung is a night club located in the city of Bandung and it’s an entertainment venue with the cheerful theme. The atmosphere is suitable for various types of cocktails at a relatively affordable price. Live music entertainment is also always provided every night with different genres of music. The hour of operation daily ranges from 7:00 to 2:00 in the morning.

While the main entertainment is live music consisting of various genres. Usually, when the bar is opened then first the music still feels soft but as the night began to wore on then the music became louder and louder to increase the moods of the attendees. 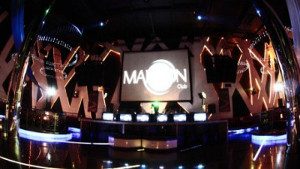 Mansion Club in Bandung has several times earned the title of “Rural Club of the Year” from paranoia Awards in Parsi Van Java (PVJ), Jl. Sukajadi, Bandung. This club always gives the different concept to the clubbers of Bandung.

In addition, the Mansion Club always features 3D visual mapping to enhance their party and for female clubbers. Then, the Mansion Club also provides another advantage that is twice a ladies night in a week, every Thursday and Saturday. There is also for student night on Sunday. The mansion is open every Tuesday to Sunday from 10 pm to finish. 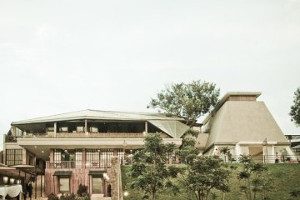 In addition to every weekend, we can also enjoy the party held at Sugar and Cream, starting from 11 pm to finish, with accompaniment of the music from the famous Dj in the city of Bandung 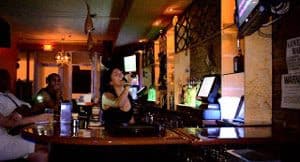 This clubbing place always plays music with the Classic Disco. The uniqueness of Pure Lounge is the concept of the place that is divided into two parts, namely indoor and outdoor venue, so the majority of visitors aged 30 years and over can enjoy the disco moment inside or outside the place. Pure Lounge is at Paris Van Java (PVJ), Sukajadi street. Open every day Tuesday to Sunday from 7 am to 3 am. 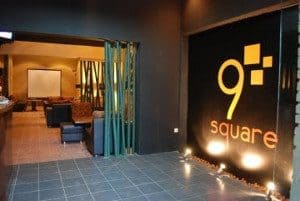 Nine Square Bar & Resto has a fairly complete concept, the place also equipped with facilities that can make the visitors feel comfortable. The club operates every day from 11 noon until 3 am and located at Jl. Sulanjana no 9, Bandung.

In addition, the club always creates their own events, especially on Thursday, Friday, and Saturday where they will invite local DJs and on every Sunday and Monday night, you can also enjoy the meal there while accompanied by live music.

Meanwhile, there are also other place which is provide you best nightlife when you choose to visit and stay for a long time in Bandung. Then wanna try the night life in Bandung city, as follows:

It is one of the bars and also a karaoke place located on Jalan Sumatra No. 1. 38 Bandung, the usual music played in this place is Commercial Anthems. For its own music ambiance, the song plays more towards Chill, Casual and Trendy music. This place only accept cash though and no credit card

This club is in the north of Bandung, precisely at Jalan Sergeant Bajuri. This entertainment place always presents live music and also a DJ that presented a music house. There are many typical club drinks and snacks found in this entertainment venue.

This club used to be called Amare and is always crowded on weekends. Not infrequently, many people have to queue to get inside. The club is on Jalan Sumatera No. 1 is indeed one of the busiest and popular among young people of Bandung.

This Bandung entertainment venue in the nighttime is much more relaxed nuance and located in the Grand Ruko Complex, Pasir Kaliki Street No. 16-18. This club features music from a DJ or lives from a band.

The club is located at Jalan Braga No. 1. 129. Caesar Palace combines a modern theme with its classic building design. The music that is served in this club is usually techno music or funky house music. The club has a lounge called Metro. You will be accompanied by a beautiful woman guide in this place.

Sobber Bar & Resto is an entertainment place that always holds event and party by bringing famous DJ. In addition, the club is designed with a semi open water building that you can feel the coolness of the air temperature of Bandung and also provides Free WIFI for the visitors.

Bandung is a city known as the third largest city in Indonesia after Jakarta and Surabaya by population standard. In addition, Bandung is an area that is in the highlands of the mountains, so the capital of this Priangan city has a very cool air temperature in comparison with the other big cities around. This makes many people throughout Indonesia wanted to visit Bandung as a place where they can get good entertainment and get to know each other people to increase their social life value, thus bringing in the increased revenue from outside visitors towards the local government in the form of taxes. That’ll in turn benefits all of Bandung people in terms of revenue.