20 Interesting Facts about Yogyakarta You Need to Know 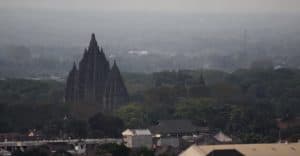 Yogyakarta is a large city in Java famous for its traditions and cultural heritage. Inside the city, you will find a lot of things to discover. Most people often admire Yogyakarta for its food, history and its natural environment.

They are also often curious about the royal family that still resides in the city. If you are also intrigued by that, then read these 20 Interesting Facts about Yogyakarta. Besides the royal family, there are more great things that you have to know about the city.

Yogyakarta is actually often called as Yogyakarta Special Region in Indonesia. The reason for this is because the city still uses the monarchy system to govern its people. The person who rules the city is called Sultanate. The current sultanate of Yogyakarta is Hamengkubuwono X. The royal family resides in a royal palace called Kraton. Yogyakarta is the only city in Indonesia that still uses the monarchy system. The people don’t have to vote for their governor because a person from the royal family will automatically rule them.

It is commonly known that Yogyakarta is one of the most favourite tourism destinations in Indonesia. Foreign and local tourists alike always flood the city to explore it. Plenty of Indonesians consider Yogyakarta as very special. They even claim it as ‘the city of memories’. The province is filled with natural beauties such as the beaches and the mountains. The beaches are around two hours away from the main city. People also come to walk up the famous Borobudur temple. The place is filled with tourists from all over the world every day.

Since Yogyakarta is a very cultural city, it is also filled with so many delicious traditional food. Each district in Yogyakarta, would often have their own special kind of food. These traditional food of Yogyakarta are so popular, that they are sold in other cities too. People who come to Yogyakarta would always bring home some of the food for their loved ones. Some popular food that come from Yogyakarta is gudeg, bakpia, and gethuk.

4. Played a Role in Indonesia Revolution

Yogyakarta had a huge influence in the Indonesia revolution. It played an important role in many political strategies when Indonesians were fighting so hard for their independence. In December 19, 1948, the Dutch military took over the whole city. The General Army Raden Soedirman launched an attack in the following year. The attack happened on March 1, 1949 and they claimed back Yogyakarta from the Dutch.

5. The City of Scholars

Many Indonesian students consider pursuing their education in Yogyakarta. After all, it is the city of scholars. Yogyakarta is filled with many universities. Around 137 universities are reported to be in the city. Additionally, around 20% of its total population are students. You may want to read about Most Expensive Universities in Indonesia.

The most famous one is the Universitas Gadjah Mada. People from all over Indonesia come to Yogyakarta to earn more knowledge. The city even has one of the most famous art institution in the country called Institusi Seni Indonesia Yogyakarta. Read more about  University Life in Indonesia

Unfortunately, Yogyakarta still faces flooding. They city is often flooded when a huge rain pours down. This especially happens during the rainy season. Landslide is also another problem that comes along with the flooding. The weather during the rainy season in Yogyakarta is very unpredictable. However, the flood doesn’t take too long to go away. The drainage system is quite neat and tidy, making the problem easier to handle. Read more about Natural Disaster in Indonesia

7. Once was Indonesia’s Capital

Yogyakarta was once an Indonesia’s capital city. But when did that happen? Yogyakarta became a capital city on January 4, 1946. At that time, a decision was made to change the capital city from Jakarta to Yogyakarta. It was because the Dutch decided to attack Indonesia. The capital city title was given back to Jakarta in August 17, 1950, the same date as Indonesia’s Independence Day celebrations in 1945.

8.Called as HaNaCaRaKa in Javanese

9. Named after a Ramayana Story

The name Yogyakarta actually comes from an Indian Ramayana epic. There is a city called Ayodhya that is basically the main setting for the Ramayana epic. Ayodhya means ‘without war’. It’s also an important cities where Hindus carry out their pilgrimage. As for Yogyakarta, the word Yogya means ‘suitable’ while Karta means ‘flourish’ or ‘prosper’. As a whole, Yogyakarta can mean ‘prosperous city’.

10. Has a Bridge Without Pillars

There is an old bridge located in the Kulon Progo district in Yogyakarta that has a unique built. It has no pillars at all in its structure. Reportedly, there is only 2 like this in the world. The length of the bridge in total amounts to 96 metres. It has been built since the year 1957. The bridge still stands strong and can still be used by the people.

The majority of people living in Yogyakarta are Muslim. That is understandable as most Indonesians have Islam as their religion. But that does not mean that only Muslims live in the city. There are still Christians, Catholics, Buddhists and Hindus in Yogyakarta. Read more about Islamic Law in Indonesia.

They all live in harmony and rarely have to face any conflicts. Different religious buildings are also present in the city as worship places for the citizens. People in Yogyakarta highly value peace among their people.

Yogyakarta luckily lies in a very strategic location. The city has roads that directly connects it to other major cities. These cities include Surabaya, which is the second biggest city in Indonesia, Bandung and Semarang. So, for anyone who is looking forward to travel into other cities, they can do so in a very easy route. This easy route also makes it easy for other people to come and visit Yogyakarta whenever they want to. Read more about Largest Cities in Indonesia

13. No Water Based Transportation

There is no water based transportation in Yogyakarta. The city is located quite far from the city. What this means is that it is easier to travel to Yogyakarta by air or by land. There is an airport in Yogyakarta, it’s an international one. People can also take trains to travel to the city. Both of these transportations are very popular, especially during the holiday. So if you’re planning on buying the tickets then buy them early. You may want to read about Indonesian Traditional Transportation

Below are more facts that you should know.

Then,here video from foreigners that already visit Indonesia and stay for awhile. Check this out

Now you have more knowledge about the Yogyakarta Special Region in Indonesia. Wouldn’t you like to come and visit this city one day? In case you do, you’ll feel more connected with the city because at least you know a little bit about the city from these facts. The people are very polite and friendly too so you’ll feel comfortable.