Most birds occupy various locations in ecology. While some other common birds occupy a very special place in their habitat or based on where the type of food is located. In Bali, there are many bird species. However, we will only focus on the most common birds in Bali.

Erasian churches (Passer montanus) are a type of bird that is familiar in the community. In groups the number can reach up to 50 individuals. Its main characteristic is brown fur with cheek patches and black eye strips. This type is very easy to find on the ground when looking for food, especially grass seeds including rice. However, it will soon fly if disturbed.

For some people, this bird may be underestimated because it is easy to see and cluster. However, he has the privilege of being able to colonize and not be afraid of humans. The global population is estimated to reach 20 million individuals.

This bird is easy to recognize because on its head there is a white color, as pak haji wears a white hat. This rather small sized bird will sound like a flute when flying in groups.

Bondol Haji (Lonchura Maja) is a seed eater that has a funny style when flying, which is rising and falling at low speeds. He often visits open grasslands, agricultural land, and rice fields. When in the yard, the favorite tree he visits is the tall red palm he uses as a sleeping tree. In addition, fruit trees such as mango or rambutan do not escape being used as a stopover. 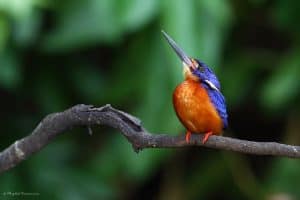 Raja Udang Meninting (Alcedo meninting) is a small bird measuring 15 cm that most likes visiting rivers, lakes, and trees. The nest is usually seen on the banks of the river.

This red-legged bird strongly dislikes the waters and polluted wetlands. Because, in this region he is looking for his favorite feed in the form of small fish and shrimp. This is a strong reason why the presence of king-tails can be made as a natural indicator of river water quality in our region.

This agile and beautiful bird is easily recognizable by the red color of the head, chest and mites, while the wings and tip of the tail are black. His distinctive voice is often heard when perching or flying, “t’rrr-t’rrr” or the high tone “hwit” and the typical “ci-t’t, ci-t’t ci-t’t” ring.

Cabai Jawa (Dicaeum trochileum) is quite common and easily found around the yard of a house or garden, especially in rice fields in Ubud, Bali. The sticky parasites, which grow on rambutan or guava trees, are very popular with Java chili. Insects in the branches of guava and pomegranate trees become their mainstay dining menu. One of the trees most in demand for this bird when fruiting is the cherry tree. 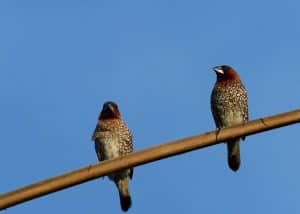 When morning came, this melodious, loud voice always sang on top of a tall tree. Not surprisingly, his name is immortalized in children’s songs which are still attached. Although the full name is cucak kutilang (Pycnonotus aurigaster), this bird is better known as the finches. This bird that is related to the nightingale is considered a smart and wise bird. Not surprisingly, his name often appears in international fairy tales.

Until now, the finches are still easily found in big cities. His favorite trees are mangoes, rambutans, breadfruit, jackfruit and other shady fruit trees. Not to forget the cherry tree, star fruit, guava and other fruit trees that resemble shrubs. 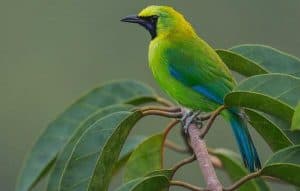 Called Cucak Ijo because this bird is very identical to the color green, even almost all of its body is green. This type of green Cucak bird often lives in trees and forest areas that are still beautiful.

Even though the movements showed wild nature but it did not reduce the Cucak Ijo lovers to maintain it. This type of bird is found in Kalimantan, Sumatra, Bali and Java. This bird also has another name (depending on the region). Javanese usually call it Cucuk Ijo, but other areas often call it cipo, Cipo cardiac, and Cipo Kucat.

This type of bird is one of the birds that is suitable for use as an ingredient for other types of Anis. Anis or punglor are commonly found in Bali, Java and East Java. Anis is black and white with patches. Anis bird feathers are small but strong. In addition, this bird also has a pretty loud voice.

The existence of this bird is quite easy to find in villages in the area of Bali. Even some people also started making this type of bird farm. 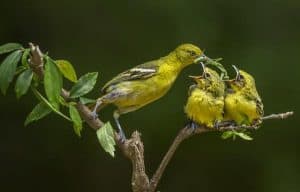 Cipoh is one bird that has a unique sound. Other names of Cipoh birds are Cipo, Cito, Sito, Copow and Sitru. During the breeding season, male breeds show skill (showing off their feathers) by circling in the air so that they look like green, black, yellow and white balls.

Cipoh birds can be easily found in Persia, India, Annam, Malaysia, Java, Sumatra, Kalimantan, Bali and the Philippines. In Bali, coffins are found in rural blood in Bali. 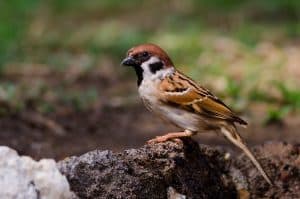 Almost every shady tree is often seen by these birds nesting, they are very close to human life, the yard and gardens around the house they are often seen, Pipits like to group, their groups can be very large if the rice harvest season arrives, it can reach hundreds in one group, but also only a few pairs.

If small groups usually make nests close to food sources, close to rice fields, their eggs are kept in their nests, in lush trees, humans too to disturb them apart from nesting in lush leafy trees as well as many ants in the tree, I like the noise when the ritual of passing his child during the day and evening arrived, was very crowded.

This bird has a size of about 25 centimeters, black wings and white feathers. Her singing is beautiful and her charming eye color makes this bird the target of collectors. The beak is pointed, has a grayish black color with the tip of the brown beak, so it looks more fierce but beautiful. The bright blue color of the eye is striking.

The thin and diminishing numbers make this animal rare. The threat of Bali starling species is caused by various things, including being prone to being hunted and being traded wildly. Preservation efforts continue. Through the Decree of the Minister of Agriculture No. 421 / Kpts / Um / 8/70 dated August 26, 1970, which states that Balinese curls are protected by law.

Those are the kinds of bird that you possibly find in Bali. The bad news is almost of fifty percent of the world’s bird species are threatened with extinction because of their habitat disturbed by human activities. We should do extra effort to safe them.