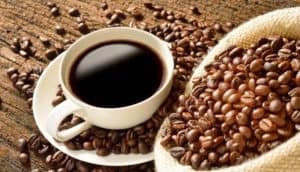 It has been popular in the world that Indonesia is a rich country with the large amount of natural resources. One of them in producing coffee commodity.

Based on data from 2013, Indonesia is the third largest coffee producer in the world after Brazil and Vietnam followed by Colombia.

Coffee in Indonesia typically has a special characteristics taste. For that reason Indonesia is included in the top 5 (five) major special coffee players in the international arena, about 95%.

The world famous coffee is Arabica coffee and Robusta. While Sumatran coffee is one of the most finely textured coffee varieties derived from Sumatra and has the heaviest and most complex flavor among the world’s coffee. Here are some facts about Sumatran coffee.

Of the nine North Sumatera coffee producing regions, two of them produce arabica and robusta coffee, while the other seven produce only Arabica coffee. It is so stunning if you remember Arabica and Robusta coffee is the most popular coffee in Indonesia.

It is an amazing fact, but the farming women excluded from training / development opportunities. Based on some sources, the situation of coffee farmers in North Sumatra is quite apprehensive. With experience and limited knowledge of coffee, the farmers of North Sumatra continue to produce.

Without any additional knowledge, it would be difficult for them to renew the farming method. It also definitely affects the production in every year. Indonesian farmers clearly still need self-development capital to prevent backwardness in international trading competition.

Sumatran coffee plants mostly use manure without chemicals that slow down the harvest. It might be different if they could use chemical to produce the best quality of the coffee. Another problem is the lack of counseling on how to grow and picking the coffee farmers correctly.

Actually the form of coffee farming plains in Brazil is similar to coffee land in Sumatra, North Sumatra. If this land use well it would give the best result.

Besides the traditional processed, Indonesian coffee actually requires modern preparations in planting coffee so this country has a special brand on coffee products.

Not only exporting and providing opportunities to other countries to innovate, but Indonesia is also entitled to have special coffee products that can be tasted by every circle in the country. It is due to the local products and brands can be the major choice for Indonesians.

Local coffee farmers who still lack the knowledge of self-development in farming will continue to be confused with the international standards set in the world market.

Farmers can only see the development of the trading without getting the added benefit because the exporters are just silent no matter what. This is also a major problem of Indonesian coffee production that continues to run in place without a definite development.

Luwak coffee from Sumatra, Indonesia placed the first position of the world’s most expensive coffee list. It such no wonder if it also becomes the Most Expensive Coffee in Indonesia. Luwak coffee beans obtained from animal mongoose droppings who like to eat coffee beans.

Priced at US $ 150 or Rp 2.08 million per 500 gram, this coffee has a delicious taste, unique and fragrant aroma. Not only in Indonesia, in the United States there is also a store that provides civet coffee. It should be such a pride, right?

The coffee beans produced from the highlands called Gayo Aceh are famous for their distinctive Arabica coffee. It has become one of the best coffees in the world. This coffee has been around since the Dutch colonial era. Takengon (Gayo), Aceh, Sumatra has a geographical location that became one of the series of hill lines of course have its own advantages.

The land is fertile and the rainfall is also quite high. Because it is located approximately 1,300 m above sea level, it is suitable for growing Arabica coffee.

Coffee Sdikalang is a coffee that comes from the area of North Sumatra. The plantation area is located in Sidikalang City as the Capital of Dairi Regency, North Sumatra. It’s in a cool mountain area. Sidikalang coffee is very famous to go abroad. Delicious taste is due to the location of the plantations are in a very supportive natural conditions.

The cold in Bukit Barisan with the altitude of 1,500 m level makes this coffee has a delicious taste. That is why this place is often become the most favorite spot in Sumatra.

Who doesn’t know Starbucks? Yup, Starbucks Corporation is a coffee company and a global coffee shop network from the United States. Starbucks around the world only serve Arabica coffee type. Lampung is the place of which most Robusta coffee production.

Coffee in North Sumatra especially from Tanah Batak has been highly recognized quality penetrate to the international market. It could be such a pride, it turns out the coffee from Batak is very popular for coffee lovers all over the world.

Various types of coffee is even an identity for some areas in North Sumatra.  Moreover, it gives the great contribution toward the agricultural income for Indonesia.

Therefore, Stumptown Coffee dropped the option on Indonesian coffee, although many roasters in America are using Brazilian coffee in their blend espresso blend.

Those are complete explanation about fascinating facts about Sumatran Coffee.

13 Great Benefits of Living in Jakarta