Indonesian cuisine is famous for its delicious and rich in flavor. Indonesia has variety of  culinary and food flavors that can be found all over Indonesia Archipelago. The secret recipe behind this delicious flavor is from the typical spices of Indonesia that became the seasoning ingredient of cooking. But not many of us know that this spice comes from Indonesia.

Indonesia is blessed with fertile lands. Even it is nominated as the land of heaven since various kinds of plants can grow in Indonesian soil. Here is the list of spices which used by Indonesian in making delicious foods on the daily basis. 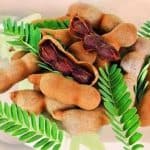 This tamarind  is a kind of Spices in Indonesia that has sour taste, and is used as the flavor enhancer in many Indonesian dishes. Asam jawa is used in cooking by taking its acid water, by soaking the spice in warm water. But some people also use asam jawa by adding it directly to the dish.

This spice makes food becomes more luxurious. Besides for cooking, people make juice from this spices too because it has positive impact for health. 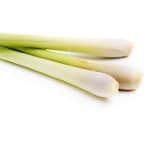 Lemongrass is known as sereh or serai in Indonesian language. Different with asam jawa, this spice is used to add good smell for the cooking. In order to make a delicious food with seducing smell, the Indonesian people use this spice.

Lemongrass is digeprek or hit before it is added to the cooking. Not only that, this spice also has health benefits such as: lowering blood pressure, treating indigestion, prevent cancer, and smoothing the skin. 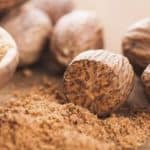 This is one of the most Famous Spices in Indonesia. The international name for this spice is nutmeg, it is a kind of tree plant originating from the islands of Banda, Maluku. Nutmeg is usually used as a base spice in cooking. Nutmeg gives a very distinctive aroma that can increase people’s appetite to eat.

Nutmeg is commonly used as an ingredient to make stew. A small slice of nutmeg is enough to make the dish has a good smell. Adding too much nutmeg into the cooking will makes nose uncomfortable. 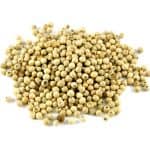 Who doesn’t know this spice? Pepper is widely used by the Indonesian peopl in cooking especially housewives. This pepper is one of the most favorite spices in Indonesia.

The smoothed pepper is sold and available everywhere so it is more practical to be used. Pepper is very suitable for people who doesn’t into spicy foods but want to add a slight spicy flavor into the dish. 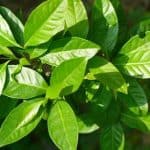 Salam means greeting in Indonesia language but no, this is a kind of spice name, not a greeting.

Then, Salam or bay leaf is commonly used for cooking in every region in Indonesia. Bay leaf is very useful to be added into curry dishes.

The main purpose from adding bay leaf into cooking is to add cooking fragrance. The Indonesian people use a fresh (freshly picked) leaf or a leaf that have dried. No worries, both will taste the same. 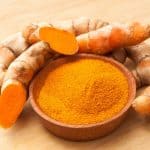 Traditional Indonesian cuisine can not be separated from this spice. This spice has a specific feature such as finger,  the skin has yellowish brown color, and it has a thin feature.

On the other hand, Kunyit or turmeric has a distinctive aroma and it tastes a little bit bitter.

Turmeric has a yellow color and if it’s old it has orange similar to orange so this spice can be used as natural dye for cooking as well.Usually turmeric is used to color yellow rice, spice opor,  and curry. 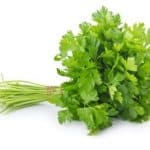 Ketumbar or coriander  is considered as Indonesian Herbal Medicine too.

Coriander leaves are almost the same as parsley and celery leaves. It may seems pretty hard to differentiate coriander leaf with parsley or celery but actually coriander has a specific feature.

The leaf shape is more rounded than celery and parsley leaf. In addition, coriander usually has  a lighter green color. 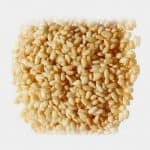 The international term for this spice is sesame.  The sesame plant is cultivated as a source of vegetable oil, known as sesame oil.

Then, it obtained from the extract of the seeds. In Indonesia sesame is cultivated to make sesame oil or to pick the sesame seeds itself.

White seeds are used to decorate food, such as onde -onde, by sprinkling on the surface. Not only that, sesame seeds can be made pasta. 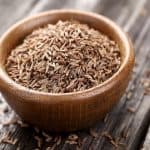 Jintan or caraway is a creeping plant whose seeds can be used for spices and medicines. Seeds of this plant are often used as a spice kitchen for Indian cuisine. This plant is widely cultivated in India and Southeast Asia including Indonesia.

The aroma is very fragrant, suitable to be the mixture of seasoning traditional dishes in various regions.

On the other hand, this spice often added into opor and curry dishes. The caraway is mashed first before it is added as spice into cooking. 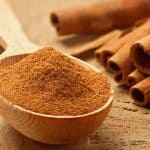 Cinnamon skin is a spice  obtained from the inner skin of some species of Cinnamomum genus tree used for sweet and savory dishes. If cinnamon is mixed with the dish, it will add fresh after taste but the amount needs to be exact.

Indonesian foods are rich in flavor because there are thousands of spice plants in Indonesia. Hence, spices become the secret ingredient to make tasty dishes in Indonesia.

17 Typical Lunch in Indonesia That Have Fresh Taste!