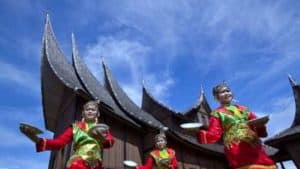 In addition to the Gadang house and its delicious cuisine, West Sumatra is also known as a province with a high level of culture in the past.

Various cultural relics are may be found there, one of which is unique is the plate dance. The plate dance is a dance that comes from the Minangkabau tribe who lives in West Sumatra and is very famous throughout the world.

The uniqueness that distinguishes this dance with other types of dance in Indonesia has managed to amazed people from all over the world. For those of you who may want to get to know this exciting traditional dance more, here are our descriptions about the origins, history, movements, costumes, and meaning of the plates dance. 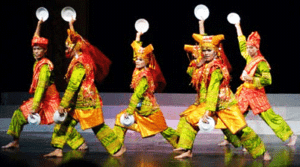 The Plate Dance is believed to have been existed since about the 12th century AD, and was born from the original culture of the Minangkabau community in West Sumatra.

This dance used to be a sacred dance for the gods who had granted abundant crops for a year. They danced with great agility while holding the plates in the palm of their hands.

Plate Dance is a dance with fast motion with a plate in both hands, sometimes a plate are thrown into the air or thrown to the ground until broken and trampled by the dancers while continuing to dance. To add to the aesthetic, magical and surprise elements of this dance, the dancers of both men and women will step on the broken plate without getting hurt in the slightest.

Please note that prior to the entry of Islam, Minangkabau people in majority still embrace Hinduism, Buddhism, and some Animism. This dance continued to evolve during the reign of Sriwijaya, which made it well known throughout West Sumatra. But after the kingdom was subdued by Majapahit Kingdom in the 16th century then some dancers also moved to Malay as refugees from Sriwijaya. They arrived in Malaysia as well as Brunei Darussalam which has a different cultural background from the original culture in Minang. Due to this difference, the plate dance in these areas then changed because they have to follow the custom of the Malay, therefore there is also a plate dance in Malaysia. (see also: Daily Phrases in Indonesia)

The entry of Islam into Sumatra in the 14th century indirectly also influenced the development of plates dance. Since the spread of Islam began to be embraced by the majority of society, the main purpose of plate dance changed. Plate dance is no longer intended as a dance offering for the gods, but only as a spectacle for the community. This dance is performed every time when there is a celebration event as a mere entertainment. In the course of its history, contemporary plate dance undergo many updates, ranging from the music companion, movement, choreography, to the composition of players. There is Huriman Adam, a Minang artist who has contributed greatly to the popularity of this dance in the present. 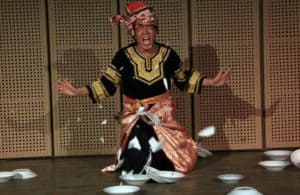 The various movements in the plate dance are a melding blend of beautiful dance, acrobatic movements, and magical movements. The dance movements performed in groups by 3-5 personnel and are very diverse. The movements as a whole actually tell about the stages of activities in the cultivation of rice crops that became the livelihood of Minang indigenous people long time ago.

There are at least 20 dance moves to be performed by dancers to perform the perfect plate dance. Dance begins after the musician strikes the gong to give a sign, and then the dancer will enter the arena by giving the king or bridegroom respectful greetings three times as a token of their honor.

Furthermore, the dance begins by twisting the plate to the right and left in accordance with the pounding of music in a fast dynamic movement, but the plate still should not be separated from the grasp. If the plate is released then the dancers will receive a tremendous sense of embarrassment especially from indigenous peoples.

There is a dance movement that takes away from the traditional martial arts movement of Minangkabau, especially for dances that are danced by men. The plates are also pounded with each other to appear beautiful clang, but sometimes the dancers also put on the ring on both middle fingers to produce the sound of the clink.

On the more extreme plate dance, the plates will be thrown to the floor to be crashed and dance will be followed by dancers who dance on the broken plate earlier. But miraculously the dancers continue to dance without feeling pain or injury due to the broken plate that they stepped on earlier. This then became one of the uniqueness that made the history of plate dance origin became more famous. (see also: Buddhism in Indonesia) 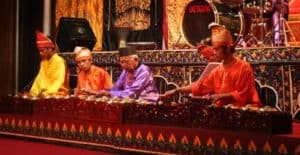 The twenty dance movements are performed on a fast tempo with the accompaniment of musical accompaniment that depicting serene sense of togetherness, joy, and the enthusiasm music. The musical companions are poduced from traditional musical instruments of West Sumatra . (See also: Hijab in Indonesia)

When dancing, dancers are required to wear special costumes. The plate dance costume for men and women is very different. Here are the differences: 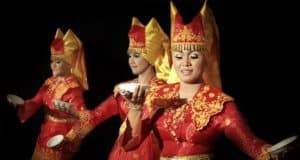 Plate dance is well known for its uniqueness around the world. This dance has been performed outside West Sumatra, namely in big cities like Jakarta, Medan, Pekanbaru, and others. See also: History of Bandung – History of Toba Lake

Plate dance has also penetrated the international world and has performed in some cultural festivals in Malaysia, Singapore, Serbia, as well as some countries in Europe to introduce Indonesian culture to the world.

Nowadays, we may see the Plate Dance in some traditional events or celebration like marriage ceremony or the other traditional ceremony in West Sumatra. Surely, it will make the whole people who watch this performance become amazed at the uniqueness of this dance.