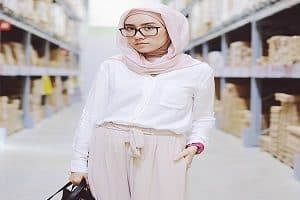 Indonesia is a country with many religions. It also known by countries with a high sense of tolerance. In this country, you can find many religions such as Hinduism, Buddhist, Catholic, Christian, and Islam in this country. But mostly people in Indonesia take Islam as their religion. However, in Islam there’s a rule, ” Women should cover some of their body parts”.

Body parts in here including hair. So, to cover their hair women will wear veil called Hijab. Hijab is a thing that Moslem Women wear, in order to cover their head part, especially hair.

Moslem Women have responsibility to cover their Awrah (or Aurat), and because of that the other men (beside their husband or men in their family) can’t see it. If the other man sees their Aurat, they (the women) will be rewarded with sins and because of that, covering your Aurat is important thing, if you’re Moslem.

In Indonesia, the hijab is being trendy because there are so many styles that teenagers created. They combine the hijab with their creativity, and the result is pretty amazing. They even made the hijab more colorful, so even the non-Islamic girls actually like it. Because  of it, the hijab marketing is growing up in Indonesia. Making money rain to those who creative enough.

Beside becoming large marketing in Indonesia, Hijab also becoming a field of creativity for you ho want to create one or more addition to hijab style that already exist. Use your mind and creativity to create a whole new Hijab trend for years to come.

Beside paragraphs above that explain a little bit about Hijab, there also things you must know about Hijab in Indonesia :

It’s all started in the 80’s, but not so many people wear it because its’s considered a fanatic move. Even the rule in school is very strict about wearing hijab. Because of that perception, the image of Hijab is become ugly in the people’s eyes. Thus, Moslem Women were not uses to wear Hijab but, all of that change in the 90’s. K.H.Ahmad Dahlan actively telling people that they must wear Hijab, because it’s their duty to wear a Hijab as Moslem Women.

Al Irsyad Community also tell the Moslem Women, just like Ahmad Dahlan. In Pekalongan West Java, Al Isryad congress has reviewed women’s issues entitled Women in Islam According to The Group’s View of al-Irsyad. One of this congressional outcomes recommended female members to cover their heads and bodies with the exception of face and palms. That’s actually an obligation is Islam and as time goes by, Hijab is finally accepted by people by its history and development.

Entering 2000, Hijab is becoming trending topic and also included as a fashion style and Indonesia becoming a pioneer of Hijab development that time.Then, the creation of Hijab is becoming more trendy, fashionable, and good looking until now, thanks to those creative women. Even now, there are some community special for Hijab with a name of Hijabers . Of course, many Moslem women especially teenagers join them. In the end, Hijab is a creative piece of art created by wonderful Moslem Women in Indonesia.

That is a history about Hijab, then we go straight into the next part, Hijab Styles. Many many of styles you can apply to your Hijab to make it more fashionable and beautiful than ever. Here are some types/styles you might want, its actually so many styles you can do but i’m going to pick top 5 of them. Check these out : 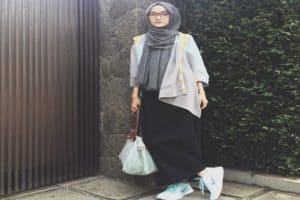 Very simple to wear and understand. Chic style is for everyday use so you can apply this style in your casual activities like going to campus, hanging out with friends, watching movies, etc. This style is represent Classy, Expressive, and also Feminine at the same time.

If you are a teenager or maybe a college girl, this style will suit you the best. Very simple, very easy to learn, yet very gorgeous. 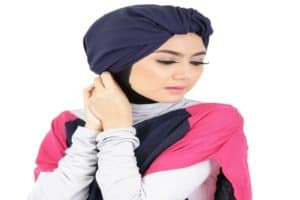 This style is actually a combination of cultures between Islam and India in the old eras.

In the first place, the one wearing it are men, especially for the war. However, gradually it changed toward women wearing it but with addition of variety.

Turban type of Hijab can be wear in a family party, or any event. So, you’ll keep your head covered and still be fashionable. This Turban style also has a interesting history. The Turban is used to be worn by number of prominent religious leader as a symbol of commandment and nobility. Cool right? 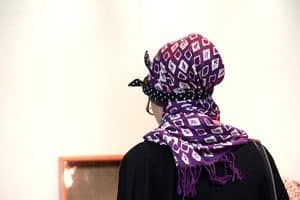 Actually this style is pretty cute though, and maybe more creative than others. Your cuteness will slightly improved when you apply this style.  Ribbon style is becoming trending topic and still growing until now.

The style is simple and easy to understand, it’s a plus for hijab lovers. A plus for cuteness for you. 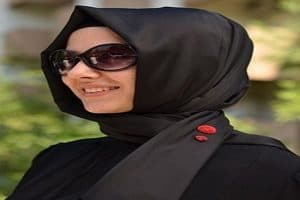 What a cute little accessory you have there. You can add a brooch to your hijab, to add the cuteness of your face and the hijab itself. Many many stores selling this type of brooch, made special for hijab.

From a simple tied one, until the most complex which is way more expensive. Please, adjust the colour of the broch with the colour of your Hijab. Also, you mustn’t use an excessive brooch, because the atmosphere of cuteness you’ll bet will gone in a split second. Anyway, you can chose anything you want, but try to pick the brooches that suit yourself. 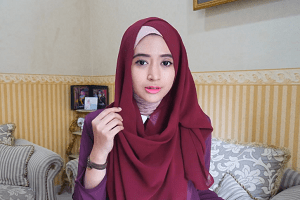 This style of hijab is pretty simple, perfect for you who pretty lazy at doing some stuff. Paris is Indonesian for France, and that’s why it inspired the name of this style. This hijab is made of Voile. Voile is made from 100% cotton. The thing is, Voile is French for Veil, that’s why this veil is called Paris (France), because of that Voile.

Voile and Veil, Veil and Voile, confused?. No matter what you’re going to pick, it will look fantastically beautiful on you, try different styles to suit the most of you. You can combine them though, to make another great creation. It’s all up to you though, the decision is in your hand.

Finally, that’s it, Hijab in Indonesia. This trendy thing will got you. You should try it, and experience it yourself. Remember, no matter what you pick, you’ll always be beautiful. The hijab will suit you in any other way you want. Try one by one if you want, if you have that much spare times. Well, enjoy the Hijab, don’t forget your duty, and stay happy. Have a great day !