History of Chinese in Indonesia 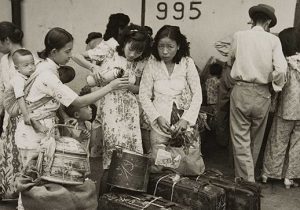 Indonesia is most famous for being a heaven for plurality. A place where you can find any kind of skin, tribe and descendants. Chinese descent is one of the ethnicity you can find in Indonesia.

Tionghoa or tionghwa is a term made by the Chinese in Indonesia. The term is derived from the word zhonghua in Mandarin.

Here there is complete explanation about history of Chinese in Indonesia, as follows: 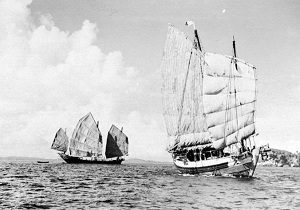 The arrival of Mongol forces under Kublai Khan that culminated in the invasion of Java in 1293 is the first recorded interaction between people from China and Indonesia.

The Chinese technologies were introduced to the island, such as shipbuilding and coinage.

This movements is believed to be one of causes of precipitating the rise of the Majapahit empire. Though, later Mongol that arrive on Ternate and Tidore in the Maluku Islands were driven out by Javanese traders as Majapahit expanded.

Clerics, such as Fa Hien in the 4th century and I Ching in the 7th century wrote the oldest records of people from mainland China that believed to have been visiting and inhabiting the archipelago for thousands of years.

In Javanese inscriptions the Chinese were touted as foreigners who settled together along many other ethnic names of Indonesia, the mainland of Southeast Asia and the Indian subcontinent. A bronze inscription with years of 860 from East Java is called a term, Chinese interpreter (Indonesian: Juru Cina), related to the post of Chinese administrators who live there.

In the early of the 15th century, history of Chinese in Indonesia  spread around by Chinese Muslim traders. They led by the mariner Zheng He from the eastern coast of China arrived at the coastal towns of Indonesia. The proof of it is lay in the book of Yingya Shenglan which documented the activities of the Chinese Muslims in Indonesia and the legacy left by Zheng He and his men.

In fact, some historians point out that Raden Patah, the founder of the Demak Sultanate, has Chinese blood other than being a Majapahit descent. Some of the wali Islam propagators in Java also have Chinese blood, even though they embrace Islam and are no longer actively practicing Chinese culture. 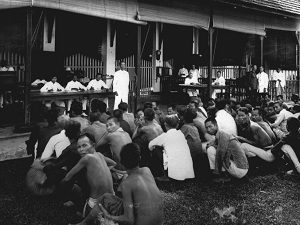 There were some community leaders with the Chinese Capiten title (Indonesian: Kapiten Cina) in the Dutch colonial period.

In which, it was obliged to be loyal and became the liaison between the government and the Chinese community.

The most well-known for their contributions is for example, such as So Beng Kong and Phoa Beng Gan who built canals in Batavia (now Jakarta). There are many Chinese groups who have fought against the Dutch hand in hand with other ethnics.

Meanwhile, between the year of 1740 to 1743, Chinese group together along with ethnic Javanese fought against the VOC. Meanwhile,  in the nineteenth century, the Chinese community incorporated in the “Republik” of Lanfong to fought the Dutch troops.

Ethnic Chinese have been targeted by mass killings or looting several times, such as the massacres in Batavia 1740 and the Javan wartime massacre of 1825-1830. These mass killings and looting and gave birth to the resistance movement of ethnic Chinese who moved in several cities in Central Java, assisted by ethnic Javanese.

On March 17, 1900, a businessman of corps named Lauw O Teng and his two sons named Lauw Tek Hay And Lauw Tek Siang formed Batavia Tiong Hoa Hwee Koan (THHK) in 1907, which is an established schools in many places, such as in the city of Garut as the pioneer, with the intention that the Chinese can be smart. The number of THHKs reached 54 schools in 1908 and reached 450 schools in 1934.

This movement is soon followed by other ethnics in Indonesia. It also awakened the realization of Javanese priyayi about the importance of education for the younger generation, and so, Budi Utomo was formed.

Their business movements have inspired many ethnics in Indonesia to do the same. For example, in 1909, the Sarekat Dagang Islamiyah was founded by RA Tirtoadisuryo in Buitenzorg (Bogor) by following the Siang Hwee model (chamber of Chinese people) formed in 1906 in Batavia.

In January 1912, Sun Yat Sen proclaimed the Chinese Republic. The claims has made the Dutch colonial government worried. Many Chinese organizations began to engage in politics. The aim was to eliminate discriminatory treatment against Chinese in the Netherlands Indies in education, law or justice, civil status, tax burden, moving and residence obstacles.

Meanwhile, in the implementation of the Ethical Policy, Chinese citizens were excluded from the education program while the Chinese paid double taxes, namely income tax and property tax.

Sin Po as a Chinese Malay newspaper is very much contributes in disseminating nationalist information. Sin Po spearheaded the use of the Indonesian word bumiputera as a substitute for the Dutch word inlander in the 1920s. In return, all local press substituted the word “Tjina” with the Tionghoa.

C. Period of Revolution and Pra-Independence of Indonesia 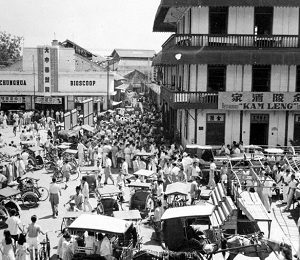 In history of Chinese in Indonesia record, the Ethnic Tionghoa is also contributing in many movement of rebellion happened in Indonesia at the period of revolution and pre-independence. During the revolution of the 1945s, Major John Lie smuggled goods to Singapore for Republican financing purposes.

On August 16, 1945, Djiaw Kie Siong’s house in Rengasdengklok, near Karawang, was taken over by Tentara Pembela Tanah Air (PETA) to hide Bung Karno and Bung Hatta after being “removed” from Jakarta.

In which, the one that formulated the 1945 Constitution. Meanwhile, in Panitia Persiapan Kemerdekaan Indonesia (PPKI) there is Drs. Yap Tjwan Bing. Even the Indonesia Raya song created by W.R. Supratman, was first published by Sin Po newspaper.

Although at that time, the relationship of Ir. Sukarno with some figures from the Chinese are very well, the Government Regulation no. 10 of 1959 which prohibited Chinese citizens from retailing in areas outside the provincial and district capitals to be one of the reasons for the economic downturn by 1965.

In the New Orde era Citizens of Chinese descent are prohibited from expressing their thoughts due to the application of the provisions concerning to Surat Bukti Kewarganegaraan Republik Indonesia, or more popularly referred to as SBKRI, primarily addressed to Indonesian citizens (WNI) of ethnic Chinese and their descendants.

The art of open lion dance, the celebration of Chinese New Year, and the use of Mandarin is prohibited since 1967 because of it.

The New Orde government back then argued that Chinese citizens whose population at that time reached approximately 5 million of the entire people of Indonesia, are feared will be spreading the influence of communism in the country. In fact, this is not the case. The Chinese people focus on trade, something that is forbidden. for communism.

At the end of the New Orde, there are events of racial unrest which is the most dreadful event for Indonesian people, especially Chinese citizens.

The reforms that took place in 1998 have caused many good changes to the lives of Chinese people in Indonesia. There are a change of views of the government and the people towards the Chinese community.

Things, such as the art of open lion dance, the celebration of Chinese New Year, and the use of Mandarin is no longer prohibited and the society is accepting it just fine.

In fact, Medan, North Sumatra, for example, it is commonplace when Chinese citizens use Hokkien or display Chinese characters in their stores or homes.

The existence of Chinese people in Indonesia still growth until now. Moreover its spread throughout of archipelago. Furthermore, Indonesia has a symbol called ”Unity in Diversity” which is make Chinese ethnic growth all over Indonesia. Therefore, history of Chinese in Indonesia developed continuously.

21 Rafflesia Arnoldii Flower Facts (The Largest Flower in the World)

The History of West Papua Indonesia