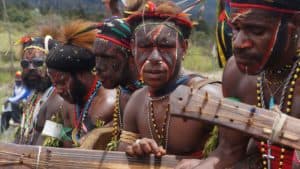 Papua is the easternmost island in Indonesia that is also very popular for its natural beauty.

There are still many other tribes that are scattered in various parts of this island, including tribes that became parts of Melanesia Cluster. Papua is not only popular for its nature but this island is also very rich of local culture and traditions that might be quite unique for some people.

Here are several of Papua Culture Indonesia, as follows: 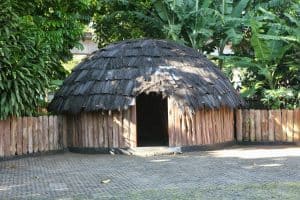 People who live in Papua have very unique culture and they still maintain their traditional culture until today. These people live in quite unique way that might be very interesting for people who came from outside of this island, especially people who came from big cities in Indonesia such as Jakarta or Bandung.

The way Papuan people live is also very interesting for people from other countries as well. One of the most interesting parts of Papua culture is traditional house in Papua. Most people in Papua still live in traditional houses that might have different style and design based on in which tribe the houses are built.

Meanwhile, one of the types of traditional houses that can be found in Papua is called Honai. Honai is a traditional house in Papua that is occupied by Dani Tribe. This type of house consists of two floors. The first floor of this house is used as bedroom while the second floor is used as living room, dining room, and workshop. People of Dani usually make their crafts on this workshop.

A long time ago, the boys of Dani Tribe are required to stand guard in Honai house from night until the morning comes while the girls are allowed to sleep in Honai house within group. Besides used as a place for living, there are also houses that are used as animism temple. This type of house that is used as temple usually shaped like cone that stand high up. 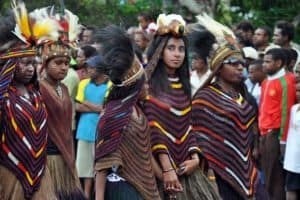 Papuan men usually also use accessories such as traditional spear and shield with unique patterns along with their traditional dresses.

Papuan women wear traditional dresses that are quite similar with the men. These women usually wear tufted dress to cover their body, necklace that is made of seashells and animal’s teeth, and accessories on their arm. 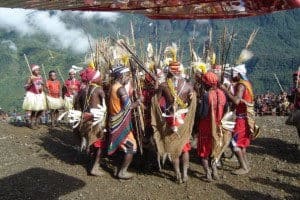 Each tribe on this island might have different traditional dances.  One of the most popular traditional dances in Papua is Welcome Dance. It describes the happiness of people of Papua in welcoming the guests that came to their island.

This traditional dance also describes that people of Papua respect the guests that came to their island as well. 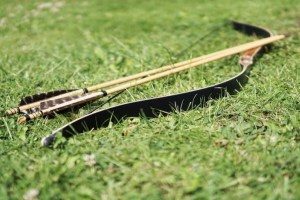 The most common traditional weapon that is used by Papuan people is a dagger.

Papuan dagger is very unique since this weapon is made of the bones of cassowary bird. The cassowary feathers are also used as accessory on the base of the dagger which makes the dagger looks even more exotic.

There are several unique traditions in Papua that you might not find in other parts of Indonesia. These traditions are: 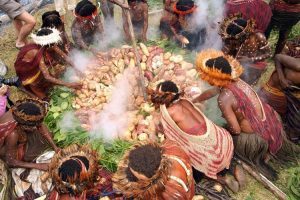 Barapen is one of the oldest traditions in Papua. Barapen is usually performed as symbol of brotherhood and gratitude.

However, in some parts of Papua, Barapen is also performed in funerals as well. This tradition is basically an event when people gather around and cook together.

There are various types of food that are usually prepared in Barapen such as cassava, sweet potato, meats, and vegetables.

These foods are prepared using stones that have been preheated. 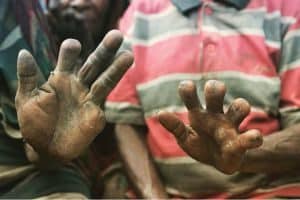 This is also a very unique tradition that you can find in Papua. You only can find this tradition in Dani Tribe who live on Baliem Valley area.

Meanwhile, this tradition is performed by Dani Tribe as the symbol of grief due to the loss of family member.

Its also performed in order to prevent the bad luck that caused the death of family member as well.

After the funeral, the family members who are grieving will cut one of their fingers using knife, hatchet, or machete. 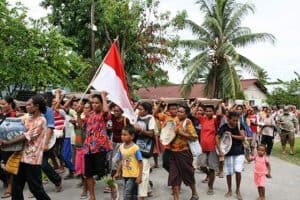 This tradition is performed by walking while bringing various gifts such as custom plates and custom jars.

The unique thing about Ararem is that it’s performed by marching on while waving the Indonesian flag. 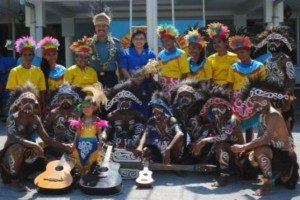 Mansorandak is a tradition that can be found in Biak Tribe that lives on Doreri Bay, Manokwari. This tradition is performed in order to welcome family member who just came home after long period of time.

Through this tradition, the people of Doreri express their gratitude and happiness when their family member returns home.

This tradition is also used to cleanse the family member from evil spirit that might attach to them while they’re away from home.