Indonesia nature is very rich. Besides having many active volcanoes, it also has a lot of rivers. These rivers stretch across all islands. The river as one of the water sources on Earth has many benefits for humans, animals, plants, and the balance of the universe. The river is a water source that begins from a particular spring or a collection of several springs that merge into one and flow along the stream and pathway until it culminates in a single destination that is a river estuary. These rivers stretch across all the islands of Indonesia, one of which is the island Java. Here are the popular rivers in Java Island. 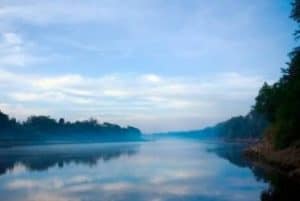 Bengawan Solo is the largest and longest river in Java Island. Two words which means “captive” or “big river”, Solo (Java, classic spelling) that should be written Sala, the name of a village in the Surakarta Residency area, two upstream streams from the Gunung Kidul, Wonogiri andPonorogo regions, then empties into the Gresik area.

The river is approximately 548.53 km length and flows two provinces of Central Java and East Java. In addition, Sungao Bengawan Solo is also admired by people around the world, especially Japan because it is inspired by Gonang’s keroncong song titled the same, Bengawan Solo. 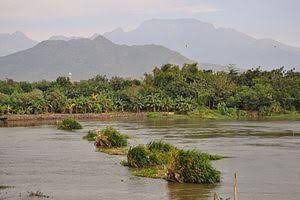 The Brantas River is the second longest river in Java after the Bengawan Solo river. It is located in East Java Province. This river has upstream in Sumber Brantas Village, Bumiaji Similarity, Batu Town where the water comes from the water reserve of Mount Arjuno.

This river flow through several areas in East Java include Malang, Blitar, Tulungagung, Kediri, Jombang, and Mojokerto. Its length reaches 320 km (the length of the main river). In this river you can find a big bridge in the middle of this stream. 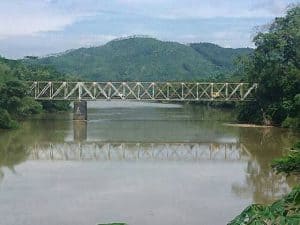 Serayu River stretches from northeast to southwest of Central Java province as far as 181 km, the river passes five districts of Wonosobo, Banjarnegara, Purbalingga, Banyumas, and empties into the Indian Ocean in the region of Cilacap regency.

The river is located on the slopes of Mount Prahu in Dieng, Wonosobo. Its spring is known as Tuk Bima Lukar (the spring of Bima Lukar). Having many tributaries, the total Serayu river basin is 4,375 km². Flows more or less west-southwest, on the south side the stream is bordered by a series of hills called the Serayu Selatan Mountains.

Citarum is the longest and largest river in western Java. And greatly affect the lives of surrounding communities. Citarum River flows from upstream at Mount puppets south of Bandung flows north and empties into the Java Sea. Citarum runs through 12 districts / municipal administration.

Citarum supplies water for the livelihood needs of 28 Million people, a river that is a source of drinking water for people in Jakarta, Bekasi, Karawang, Purwakarta, and Bandung. With the length of around 269 km, it also drains the irrigated area for agriculture area of 420,000 hectares. Citarum is the source of Indonesia’s economic pulse of 20% GDP (Gross Domestic Product) with an industrial stretch along the Citarum river.

Hearing the word Ci Liwung river is surely we can think with the capital of Jakarta and also the flood. Ci Liwung River is one of the most important river in the Land of Pasundan. This river is very famous because it is considered as one of the rivers that always bring flood every year in the area of DKI Jakarta because of the flood. Ci Liwung River has a main flow nearly 120 km long. The catchment area covers 387 km². Ciliwung sugai state increasingly concerned with the amount of garbage scattered in the river body until every time there comes rainy season floods occur. 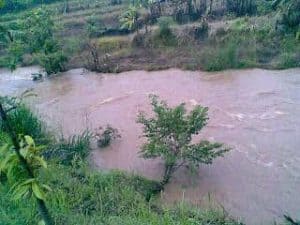 Pesanggrahan River is one of the rivers located in the capital city of Jakarta. It is quite famous for almost of Indonesians, especially Jakarta people. Pesanggarahan flows from Bogor regency, then to us Depok, ends in Tangerang. Some districts passed by this river, such as Tanah Sereal Subdistrict, District Bojong Gede, District Sawangan, District Limo, and others.

Pesanggrahan is one of the most famous rivers in the area of DKI Jakarta. However, when compared with other rivers, the river of Pesanggrahan can be categorized as the cleanest river. Therefore, there is no of floods that occurs due to the river flow. 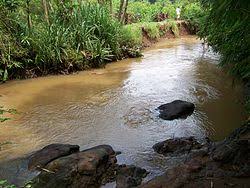 Hearing the name of Kali Angke must also be something strange to our ears. Kali Angke is one of the river names in Jakarta. This famous river has an upstream in the village of Menteng, Bogor which then passes South Tangerang, Tangerang City and then empties into West Jakarta, precisely in Muara Angke.

Ci Sadane is one of the big rivers in West Java, Java Island, which ends up into Laut Jawa. In the past, this river is also called by the name Ci Gede. Cisadane River has springs on Mount Kendeng and generally upstream of this river is located on the slopes of Mount Pangrango with several tributaries that originated in Mount Salak, crossing the west side of Bogor Regency, continue towards Tangerang Regency and empties around Tanjung Burung.

With an overall length of about 126 km, this river on the lower reaches is wide enough and can be navigated by small boats. In the 16th century Tangerang (referred to by Tome Pires as Tamgaram) situated on the banks of this river, has become one of the important ports but later lost by the development of Bantam and Batavia. 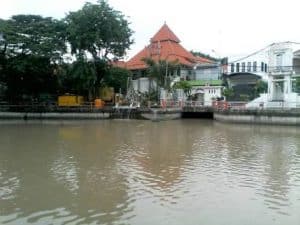 This river is not famous because of its length. Kalimas River that passes the city of Surabaya has just of 13 km length. This river has a lot of history. Until now the river is immortalized and in some places used as a tourist attraction. One of the attractions on the river Kalimas is located on the road Governor Suryo. You can enjoy various events that are available around Kalimas river.

If you are down the river Kalimas in Surabaya, you can save a lot of beauty. In addition to the clean rivers, you can also see many parks on the edge of the river. During this riverbanks identical to the slums but with good municipal government management, Surabaya can remove the impression. 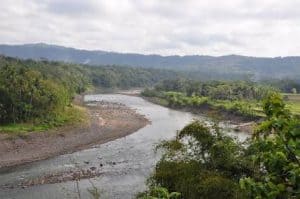 The area around this river is suitable for agricultural land. In the Ngluwar district of Magelang regency, the Netherlands has damaged the Progo River for irrigation facilities for the people of Yogyakarta. This dam is known as “Ancol Bligo” which is currently used as a place of recreation. This flow of irrigation flows from Ngluwar towards the east dividing Sleman Regency to Klaten regency and is known as the Mataram Sewer or Van Der Wick.

Those are the ten popular rivers in Java. Each of them has their own function that has been useful for the human life. The people in Java island should keep them clean, so there will be no flood anymore.

10 Most Famous Dance in Bali