17 Best Fishing Spots in Indonesia That People Should Try

Well, as a human, you shold have some hobby in your life. Beside as an acitivity for relaxation and recreation, the hobby can make you less stress from the work you do all day long. In Indonesia, there’s one hobby with so many lovers, fishing.

Fishing in Indonesia can be done in many places. Rivers, lakes, or on the beach lips, anywhere you can think of. But, not every place has great result. And so we here to tell you, the place that really good for doing some fishing, and for getting interesting catches. Most of them are islands, which like the best place to fish because the ecosystem there is considerably virgin. So, here are the places that included in our best fishing spots in Indonesia. 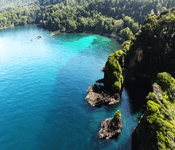 The first one on the list is the fishing spots in Weh Island. In this island, the sea condition is pretty well, that’why there are so many fishes that you can find beneath the sea. Usually, the people who coming in here already rent some fishermen boats in the first place.

This island which is located in the far west side of Indonesia is ot only a place for the divers, but surprisingly good for the fishers out there. Kind of fish you can find in here is sronger than other areas. The things you can get from here is the GT, tuna, or even the gigantic Megamouth Shark. 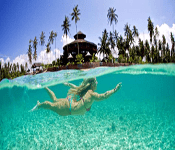 Swithching from there, we would go to the an island named Mentawai. This island is always known for its beautiful sea ecosystem, and it’s true. Many tourists from countries around Indoenesia even from afar coming to this island to look for its attractions.

But the thing is, in this island, the fishers can visit the potential fishing areas that inhabited with so many kind of fishes. Basically, if you lucky enough, you’ll get Baracuda fish and GT. The size of a GT in this sea can be gigantic. 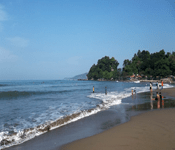 Well, the next area, Pelabuhan Ratu is already famous to become one favorite fishing spots. If you come here during cerain times like in the morning or evening, there will be some people fishing on the line of Pelabuhan Ratu coast.

This spot is not new, and in fact even used for some fishing olympics. Well of course, the constestants are not only the people who come from Pelabuhan Ratu area, but also from the other big cities like Jakarta and Bandung. Thanks to that, the popularity of Pelabuhan Ratu keep increasing. 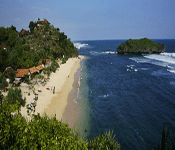 Yogyakarta is not only known for the culture and art that really thick. For the fishing, Yogykarta also has one best spot located in Gunung Kidul area. It’s easy to reach the beach, because there will be some people that can bring you there by using their transportation service.

If you going from the city center, maybe you need to take at least an hour to reach it. And then, once you arrive in there, you can see that on the beach there are several rocks and corals all over the area. Because of that, this spot n Gunung Kidul is really suitable for the fisher who like to do some rock fishing. 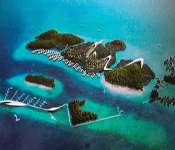 Moving from there, going on to the east side of Indonesia again, just beside the island of Borneo, there are islands that called Riau islands. The islands that exist near the capital city of Riau have some benefits for the fishers.

In those islands, you can pick the two islands, Mapur, which is the nearest to Singapore, and then the second one is Tunjuk island. The second island is usually where the fishermen would go, because by looking at the virgin sea ecosystem, you can judge that there will be some exotic fishes. 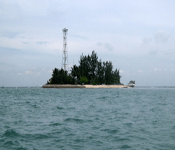 In Lampung area, there are two potential areas that you can choose as a place to do some fun fishing. You can go to these islands in one go though, but it’s less efficient that way. By doing that, you’ll be spending so much time in one spot, without gathering enough experience in the other island.

The islands we will talk about is Prajurit and Kandang Island. The first one, Prajurit Island or The Troops Island in English, surely have some histories to tell about. But, most importantly, the fishing spots in here contain huge fishes like GT, and even shark. 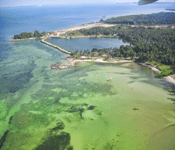 And after visiting the first island, you can go to the next island on the next day. The destination is the Kandang Island, also located in Lampung. To go there, you should rent fishermen boats in the first place, for going there with safe and in time.

Going on this island wouldn’t be such a long journey. In fact, you will be spoiled with  view that second to none the island give to you. You can also find some GT with big sizes, and you can also find the other beautiful small fishes in here too. 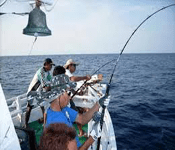 Bali island is one of the known places in Indonesia. So many people will recommend the Bali as a beautiful location to visit during holiday. For the family, this can be a great alternative, because beside visiting here is pretty much affordable, the things tourists can get in here are way beyond worth it.

Other fact that can be found in this Bali island is, there are some fishing spots available for interested fishers. Starting from the East to the South sea of Bali having so much potential. And in there, you can find  a lot of fish species like GT, Spanish Mackerel, Ruby Snapper, and many more. 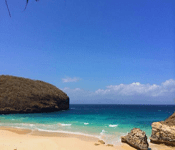 Going to the east side of Bali island, there’s this Awang Bay which is located in the area of Central Lombok, West Nusa Tenggara. This bay also included in the bigger bay called Ekas Bay, which is like the biggest bay in Lombok area.

In 2005, the was an improvement of the area, government built a port that can be used by fisheremen to sell their stuff, and many other people who can also take advantage from this port. Well, the area is like one of the riches area that has much sea sources. 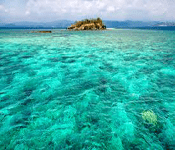 From there, we can go on to the nex sea calld Flores Sea. Of course you need a boat first to be able to reach the place. The Flores sea includes some famous spots of East Nusa Tenggara, like Alor Island, Komodo island, and Rote island.

Maybe you should pay them a visit after going on to the Flores sea, the main target. Like you can expect from such a clean and beautiful sea enviroment in Nusa Tenggara, there are also many species of fish, like GT, Mackerel, and Tuna. 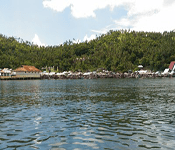 In the island Sulawesi, there is one province who has a lot of potential to be the best natural spots for fishing in Indonesia, North Sulawesi province. Above the province, there are some islands that you can see there, most notably is the Biaro island.

But going in here wouldn’t be such an easy task. The waves in here are really unpredictable, and the weather always try to make fun of you. But, the result that you can get from Biaro island is much worth the hard works. 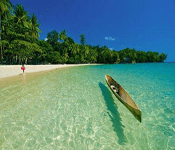 Fak-fak is already famous for the fishers. With the experienced crew who will help fishermen efficiently with their experience. Thanks to that, the fishermen in here wil be quite comfortable by their helpful skills.

Usually, the Fak-fak sea always targeted for its GT. Many people, even from television always looking for the king size GT in this area. You can see some references about this location. And tell the fishers out there about how great this place is.

Beside the twelve locations mentiond above, we also want to tellyou about some other places that you can visit as alternative for doing fishing. Some of these places have their own unique catches, so be sure to not avoiding this opportunity. The rest best fishing places in Indonesia are here :

So that is our article about best fishins spots for today. Usually, the fishing activity would be more fun if you go to those locations with a complete crew and friends. Even thouh we’re not getting one interesting catch in there, it’s still fun because you can also have this kind of antusiastic aura all over the place.

Those moments when you finally get one interesting fish accompanied by some friends is the best thing ever. But, it’s still okay if you want to fish alone, just make sure you’re properly equipped wth decent tools for fishing, because you’re on your own.

Kinds of Spiders are in Bali – Possible to Find

15 Best Mountain Biking in Indonesia For Pumping Your Adrenaline!