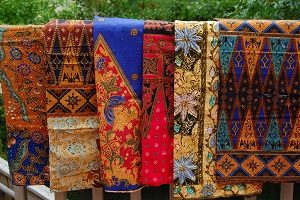 Do you know Batik?. First of all, Batik is a cultural heritage of Indonesia which has a high value and fusion of art, filled with philosophical meanings and meaningful symbols that show the way of thinking of the community that create it.

However, This special thing  is a craft that has become part of Indonesian culture especially Java, since then. Also, batik skills are use as a livelihood and exclusive work for Javanese women. That until the discovery of Batik Cap that allows the entry of men in this batik work.

Batik tradition is originally a hereditary tradition, so that the family can recognize its pattern . Also, it can become a pattern or motif from a certain family or region. Motives can also show social status in the society.

Thus, it based on the period of its development, batik Indonesia develop in Majapahit Kingdom era. However, it incidentally only used by the royal family. On the other hand, the development of batik in Indonesia reach the highest level on October 2, 2009. In that date, UNESCO declare Batik Indonesia as a whole technique, technology, development of motif and culture related to batik as a great work  (Masterpiece of The Oral and Intangible Heritage of Humanity). It is the international recognition that Indonesian batik is part of the wealth of human civilization.

In terms of Etymology (linguistic branches studying the origin of a word), Batik is a composite of two Javanese words, “Amba” means writing, and “Titik” meaning point (sign of word, symbolized.). The word batik refers to two things, Technique of making shades, and staining cloth with wax.International Textile literature says definition of Batik is a wax-resist dyeing. That means certain cloth parts covered by wax, so that the dyes will not be absorbed into the fabric part during the coloring.

The existence of diversity of the patterns or motifs originate from certain areas in Indonesia. That makes Batik is define with different phrases, but they having the same purpose. 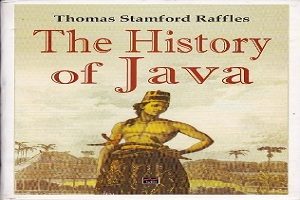 The coloring blocking technique using the wax is one of the ancient art forms. The discovery in Egypt shows that this technique has exist since the 4th century BC. With the discovery of a mummy wrapping cloth that is also coat in the wax to form a pattern.

In Asia, similar techniques of batik were also applied in China during the T’ang Dynasty (618-907) and in India and Japan during the Nara Period (645-794).  Meanwhile, in Africa, techniques such as batik are already exist in the Yoruba Tribe in Nigeria. As well as the Soninke and Wolof Tribes in Senegal.

However in Indonesia, batik has existed since the time of Majapahit. It became very popular in the late XVIII century or early XIX century. The Batik is batik tulis until the early XX century and new batik is born after World War I or about the 1920’s. (Read also: Indonesian Martial Arts)

In European literature, this batik technique was first describe in the book of History of Java (London, 1817). Its wrote by Sir Thomas Stamford Raffles. He was once the British Governor of Java during Napoleon’s occupation of the Netherlands. In 1873, a dutch merchant Van Rijekevorsel gave a piece of batik he had obtained while visiting Indonesia. He gave it to the Ethnic Museum in Rotterdam and at the beginning of the 19th century, batik began to reach its golden age. (see also: Indonesian Etiquette)

However, while exhibited at the Exposition Universelle in Paris in 1900, Indonesian batik amazed the public and artists. After that, since industrialization and globalization, which introduced the technique of automation, new types of batik emerged. These known as Batik cap and batik Print (Cetak). The traditional batik with handwriting techniques using canting and wax is batik tulis. At the same time, immigrants from Indonesia to Malaysia also brought Batik with them. (see also: Indonesian Wedding Culture)

Now batik has developed in some places outside Java, even to foreign countries. In Indonesia, Batik also been developed in Aceh with Batik Aceh, Batik Cual in Riau, Batik Papua, Batik Sasirangan Kalimantan, and Batik Minahasa. 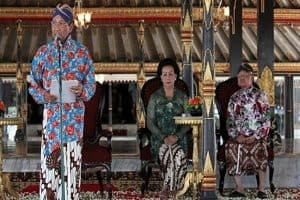 Javanese women in the past made their skills in batik as a livelihood, so in the past batik work was the exclusive work of women until the discovery of “Batik Cap”. That makes men can enter into this field.  There are some exceptions to this phenomenon, namely Batik Pesisir that has a masculine line as can be seen in the “Mega Mendung” pattern, where in some coastal areas batik work is common for men. Batik tradition was originally a hereditary tradition.

Therefore, sometimes a motif can be use to identify certain family. Some batik may indicate the status of a person. Even today, only the royal family of Yogyakarta and Surakarta that have some traditional batik motifs. 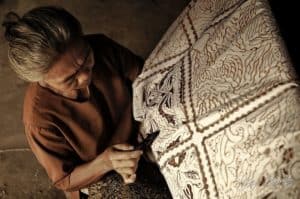 Originally, the material of Batik is a white color cloth, its Mori cloth. Today, batik is also make on top of other materials such as silk, polyester, rayon and other synthetic materials. Batik motif is form with wax by using a tool called canting for a soft motif, or brush for large motifs, so that the wax liquid will seep into the fabric fibers.

Fabrics that have been painted with wax are then dyed with the favorite color. Usually starting from the younger colors. The Immersion performed for other motifs with darker or darker colors. After several staining processes, the fabric dipped in chemicals to dissolve the wax.

These are some types of Javanese Batik : 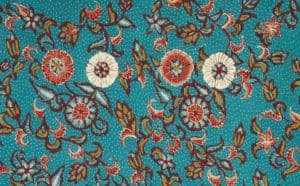 Like in Bogor there are motifs of rainy cities, carrion flowers, and kijang deer which describes Bogor as a rain city.It is also said that the area of ​​Cirebon has the most batik style. However those area have specific specialities form the motifs and also the colour.

Because of that, this batik is also a favorite to the people in West Java. Beside beautiful, it looks elegant as well. 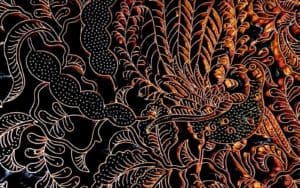 Produced by artists in Kampung Batik, Bubakan Sub-district, Mijen, Semarang, Semarang Batik also offers a variety of distinctive motifs than batik motifs from other Central Java areas. In general, Batik Semarang colored reddish orange because it gets influence from China and Europe.

In addition, the basic motifs of batik in Semarang are influence by Chinese culture which mostly show the fauna motif that is more prominent than the flora. Interested?. So don’t forget to buy one if you visiting Semarang. Its really beautiful though. 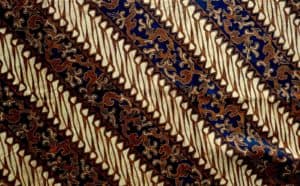 Solo City is indeed one of the famous batik shopping tour in Indonesia. There are many batik cloth center, which is famous for example Kampung Batik Laweyan area and Kampung Wisata Batik Kauman. Solo Batik is famous for its traditional patterns and patterns of batik in the process of stamp and batik tulis.

However, the materials used for coloring are domestic materials such as Java soga which has been famous since then.  The famous patterns include “Sidomukti” and “Sidoluruh”. Solo Batik has the dominant color of yellowish with brown soga 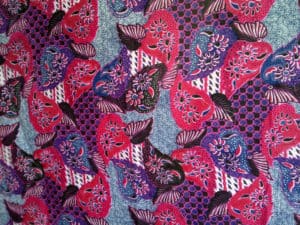 Pekalongan Batik motif is influenced by Pekalongan, Central Java. With various peoples from China, Netherlands, Arab, India, Malay, and Japan in the past. Several types of batik motifs influence by various countries then known as batik Pekalongan.

The motifs are Jlamprang batik inspired by Indian and Arabic, Batik Encim and Klangenan influenced by Chinese, Dutch batik, Batik Morning Sore, and Hokokai Batik that grew rapidly since the Japanese occupation.

However, after the certain development, the people starting to develop the motifs to be more beautiful than before. 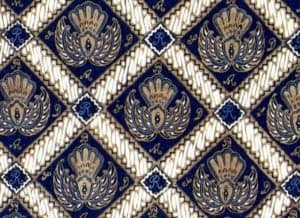 In Yogyakarta in particular, the traditional batik colors are blue-black ish, as well as brown and white soga from natural dyes. Blue-black colour is taken from the leaves of indigofera plant.

While the color of soga or chocolate is taken from a mixture of the tree bark, jambal bark for red brown color, and yellow wood of tegeran for yellow.

The character of Yogya batik motif is firm, formal, slightly stiff, and obedient to the grip. It is said that this character relates to the anti-colonial court of Yogyakarta.

See Also : Indonesian Art Gallery – What to Wear in Indonesia

Finally, that’s it, all you need to know about Javanese Batik Fabric. Well this is a must wear clothes in Indonesia though, its a shame if you haven’t tried it. You must feel the greatness of it, yourself. Okay, enjoy it and have a great day !