15 Highly Standardized and Most Expensive International Schools in Jakarta

Education is one important thing in this world. With it, people can bring success to their own life. Not only their own, but also the others when they teach the information, the knowledge they got before to the other people.

People paying willingly to get the best education for their kids. And one of many choices out there is International Schools. In Jakarta, some people will take their kids to that school for many reasons like better environment, better associates, and better standars. For the parents who want to know about it, here’s the list about the most expensive international schools in Jakarta : 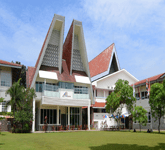 The first one is the British International School. The name British resembles the one great country in Europe, England. That’s why, this school mainly used the curriculum based on that very country. With the National Curriculum of England, they hope that the kids will have the high quality environment and education.

Many people around Jakarta don’t think twice to put their kids into this international school. With the high quality education and resources, the kids will learn neatly, based on the International Primary Curriculum. For the parents who interested, they can check the school in Bintaro Jaya sector IX. 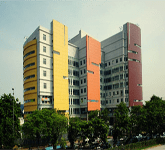 Next one is Binus International School. Indonesians will be a lot familiar with this school because they can see the short description about it on the commercials sometimes. Because of that, there are some parents who also interested to put their kids in.

With their known motto of “dig and find”, they will do their best to learn from experiences before to provide the kids with the best curriculum which is the improvement of other previous curriculums.  They have their goals, one of them is to make the kids more responsive. 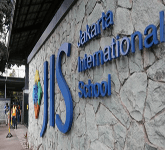 Jakarta International School is also can be a good choice of an International school. This school that located on the area of Cilandak, Jakarta was built on 1951 by the workers of UN. These founders wanted to implement the values of foreign language, especially English for the workers in this nation.

But even now, that goal is not changing. The one that changes is the target. Now, they want to giving some help and hope for young generations to grow and be success to reach their dreams and targets on this life. 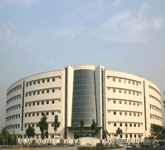 For the unique international school, we have this Gandhi Memorial International School. One thing that they want to empower is diversity. Difference can sometimes make mess, but in here, they are thinking that difference is actually a power. A power to grow, power to be more confidence, etc.

It’s relevance with this school goal, which is to develop confidence in every student. Along with that, the other elements that very important are ability to adapt and problem solving. They have two programs in here, Years Programme and IB Middle Years Programme. 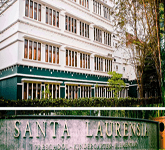 The next most expensive international schools in Jakarta that looks great is Santa Laurensia. This school has two main programs, The Primary and also Secondary. Standing since 1994, Santa Laurensia has the main points to plant the idea of respecting life and spirit in studying in a bilingual environment.

Unlike the other international school in Jakarta, even in Indonesia, Santa Laurensia has the one of kinds learning method, which is a holistic learning that placed in a body of every student in order to make their growth, physical and emotional, more balanced. 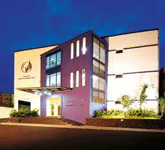 The Lentera International School is a christian school located in Sultan Iskandar Muda street 98, Pondok Indah, Jakarta. Of course each school has their own unique main goals or points. For this one, they want to teach the kids the high standard in academic and character.

There are three main points of this school, points that always been carried up until today. They are the life’s goal, service, and also leadership. Anyone in this school wants to develop the kids for reaching those goals. 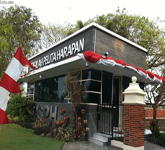 For the parents who want to put their kids to the best international school in Jakarta, even Indonesia, maybe this school is perfect for them. Having the name of SPHI or Sekolah Pelita Harapan International, avowed to be the high quality school that accreditated from NEASC, ACSI, and CIS.

The curiculum inside this school also has international standard and accreditated from IBO. The teachers in here also not coming from inside the country only. But there are some of them who came from foreign countries such as Canada, Australia, and England. 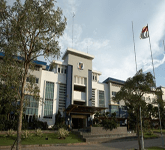 Sometimes, schools are supported with decent environment, which is safe and also comfortable for the students. They can have much mure relaxed mind if they’re one with nature. And Tiara Bangsa School has it.

Having a building near a semi village type of environment making it the most comfortable international school in Jakarta. It’s located in the Setu area, about 15 km southeast from the center of Jakarta. It’s very easy to reach. 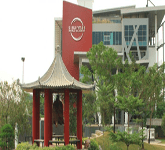 Even though located a little bit far from Jakarta, Sinarmas World Academy can be a perfect choice for kids who want to learn something new in this fast world. During these times, everything can be done fastly. And with that, comes so many challenges.

This school has a main point to make the students more prepared and developed during this era of globalization. They must solve so many challenges in live, which is an interesting thing to do. With a chance, they can be succesful in the future. 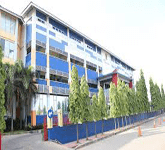 The Raffles International School can be said to be a leader of the christian international school. They commit to serve the high quality education for their students. Helping them to be more active and smart and plant the idea of keep learning for the future.

Beside having the behaviour of a learner, the students will also have the leadership commitment in their body. They are the stars, they are the commanders, they are the owner of every program. And with those ideas, they can be more active and become a sharp thinker. 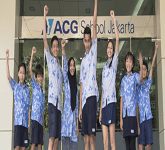 In the South Jakarta, there’s a school located on Warung Jati Barat street, Ragunan which has a lot of good points to offer. It is known for having an independent education. They have not only one school, but many.

The ACG International School wants to take the kids to the whole new study that is more challenging than usual in an environment where achivement and performance will be rewarded. The students can keep pushing their motivation and potention to be great ones. 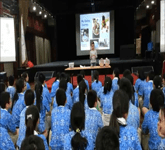 One of the most expensive international schools in Jakarta is Bina Bangsa School. For you who don’t know, this school is located in the Budi street, in the area of Kebun Jeruk, West Jakarta. Having an international standards, the school can also be a good choice for the kids.

Beside having the high quality of education, the school is also having a friendlier environment where people love each other fairly. This school also uses the Singapore curiculum, which is said to be one of the greatest education programs. 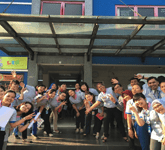 Of course, everyone knows that a school is a place for learn something. Either new or old, people can still have an information from there. In this school, the kids are not taking the information aimlessly, but they also combine a new idea or concept to their knowledge.

In a not too long time, they will have their own perception on things based on that idea. That’s the main goal of this schoo. To teach their students to keep learning, and learning, and never stop. It’s important for their future self.

Aside from the 13 schools above, we also want to tell you about the other two schools which also not less special than the other schoos. So here they are :

Our list of the most expensive international schools in Jakarta now finished. If you interested to put your kids in one of those schools above, better you think about some things first like the distance between home and shool, expenses, and also facilities.

You also need to look for a few reviews first, like from your neighbors, or friends who know about that particular school. But, either national or International, they both give the informations that kids needed still, even though maybe sometimes there’s difference between them.

15 Enviromental Impacts Of Tourism In Indonesia

13 Most Popular Island in Bali You Have to Visit!