Indonesia owns one of the most diverse flora and fauna in the world. The variety of the wildlife in the country is like no other. It’s always important to know about the wildlife as all the creatures hold an important role in keeping a balanced ecosystem.

But in case you want to see them with your own eyes then check out these 13 Best Places for Wildlife Indonesia. Get to know where all the wildlife of Indonesia are living in now. 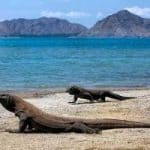 The Komodo National Park is where the small population of Komodos in Indonesia resides. It has been declared as one of the UNESCO World Heritage.

There three smaller islands there that visitors can come to. Reportedly, each year the number of tourists increases as people from all over the world are eager to see the giant lizards.

Besides seeing the Komodos, visitors may choose to spend their time snorkeling to see the corals. The islands are so rich with various but protected wildlife that are worth seeing. 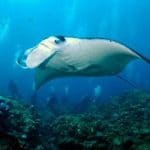 Speaking of coral reefs, the Raja Ampat Islands are so rich with them as well. The islands are located in West Papua, Indonesia.

Visitors will definitely want to dive in to take in the breathtaking view of the colourful corals. Other than those, people may catch a sight of a manta ray or a sea turtle swimming in the water.

The islands are lush with jungles. Inside the jungles, live the famous bird of paradise. The wildlife in Raja Ampat Islands is like no other. 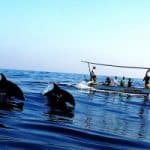 Bali is no doubt one of the most favourites tourism destination in Indonesia. An exceptional place to come to is Lovina.

It’s a town located on the northern coast of Bali. What’s so special about it? Well, right at the bay, tourists can see dolphins.

This wildlife can be commonly spotted during the sunrise in the morning. Tourists can arrange a dolphin tour with an agency which will take them to see the dolphins closer. Another way to see the dolphins could be done by asking a local fisherman to go with you to the sea. 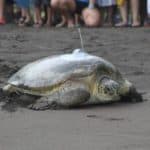 The Meru Betiri National Park is located along the beautiful Sukamede beach. Here, there is a conservation for the sea turtles.

Tourists who are curious about the growth of the sea turtles in Indonesia can come and see how they’re doing. There are many turtles who often dig into the sand to lay their eggs.

Once left behind by the adult sea turtles, the rangers will take the eggs into a special incubating space. Whey they are all hatched, they will then be released back into the sea. 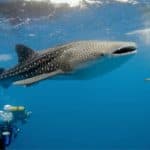 The marine wildlife in Cenderawasih bay is astonishing. It is packed with more than 200 kinds of fish and 150 different species of corals.

No wonder that it’s claimed as one of the places in the world with high biodiversity. So other than those creatures, visitors can see the whale sharks in the bay.

They are always around, hunting for fish to feed on or swim in the water. The Cenderawasih Bay is quite far off from where people live but it’s still accessible. 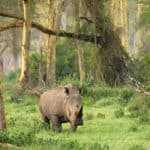 A very valuable wildlife in Indonesia is the one-horned Javan rhinoceros. Unfortunately, this animal is facing a serious threat of extinction. There are currently only around 60 one-horned Javan rhinoceros left in the the park. They are all protected in the national park as it has become a very endangered and rare species in the world. The Ujung Kulon National Park ensures that the rhinoceros can flourish safely so that they can climb up to a healthy population once again. 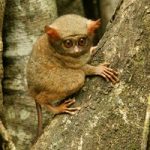 The Tangkoko National Park is the home to the Spectral tarsier. It’s a unique animal with a small body but very big eyes.

The Spectral tarsier is currently the smallest primate ever known in the entire world. However, the population of this species has decreased significantly. Tourists who come to the Tangkoko National Park can walk around and look for the Spectral tarsier.They can be quite difficult to spot but they do make sounds. While marvelling at the sight of the tarsiers, visitors may also see the different species of birds and reptiles hidden inside the jungle. 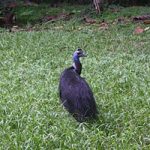 The Lorentz National Park is actually the largest national park to exist in Southeast Asia. The park is surrounded by different kinds of nature.

There’s the swamps, glaciers and the jungle. Inside the park, there is the beautiful bird of paradise. Besides that, visitors may also get to see the cassowary and the echidna.

All those wildlife are highly protected in Papua. It is reported that the park doesn’t really have much infrastructure for tourists. But still, despite all that, the wildlife is worth seeing in their natural habitat. 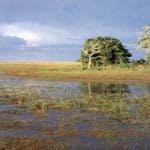 The Wasur National Park is located in the western part of Papua. It is claimed as one of the best places to see the wildlife in Indonesia.

The whole area of the park is the home to many species of birds. Some migratory birds often come to the Wasur National Park. There are currently around 80 species that are rare.

For instance, tourists might be lucky enough to see the New Guinea Harpy eagle, bandiccot or cuscus. For the adventurous ones, there are also crocodiles that you can see. 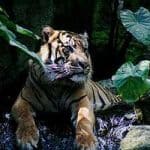 The Kerinci Seblat National Park is in West Sumatra. It’s one of the UNESCO World Heritage because of its rich biodiversity.

Visitors can meet the Sumatran tigers here. Leopards and the Asian Golden cat also thrive in this national park.

Although poaching has caused a massive cut on some of the animal’s population, there is still a tremendous amount of wildlife to be witness here. There are the Sumatran elephants, wild monkeys, Malay sun bears, squirrels and the Sumatran deers. 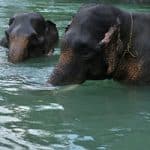 To be more specific, the national park lies in the north east of Sumatra. It is often praised for its epic view but it has also become the perfect habitat for many wildlife in Indonesia.

Orangutans live in this park as the place also acts as a rehabilitation center, similar to the Tanjung Puting National Park. Visitors get to see the Sumatran tigers, rhinoceros, elephants, deers, goat-antelope and so many more. All those animals are native to the Sumatra island. 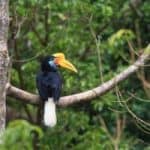 Visitors of this park can meet the golden snake, North Sulawesi babirusa, Tonkean macaque and the Mountain anoa.

Birds are also common in the Lore Lindu National Park. While trying to spot all those wildlife, visitor can enjoy the valleys, the stone megaliths along the rivers and rice fields. 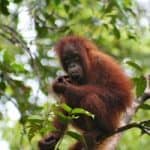 The Tanjung Puting National Park is often also called as Camp Leakey. This park is a special one as this is where the conservation for orangutan began.

It’s the base for orangutan studies and rehabilitation. Thanks to the people who worked at the park, there are now more than 200 orangutans living freely in the park.

Even though tourists get too see the amazing sight of the orangutans, there are other species to be seen as well. They include the waterbirds, leopards, boars, monkeys, turtles, frogs and the wild cattles.

So start saving up if you would like to visit Indonesia and see the wildlife. You will regret nothing as you witness a lot of wonders through all these great creatures.