Home » History » The History of Prambanan Temple in Indonesia

The History of Prambanan Temple in Indonesia 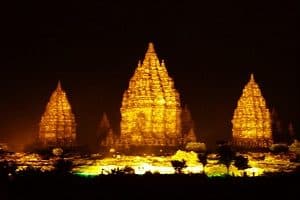 Beside many temples in Indonesia, there’s one magnificent temple, Prambanan. Prambanan temple is the most beautiful temple in the world. It’s also the largest Hindu relic in Indonesia exist in Central Java and Yogyakarta.

However, its located approximately 17-20 kilometers in east of Yogyakarta. The main temple on the Prambanan temple complex leads to the east, with the temple height reaching about 47 meters. Prambanan Temple is often also known as the name of Roro Jonggrang temple.

Prambanan Temple or Roro Jonggrang Temple is the largest Hindu temple complex in Indonesia. This temple is dedicated to Trimurti, the three major Hindu gods. Consist of Brahma as the creator god, Vishnu as the keeper god, and Shiva as the god of destruction. Also in the Garbagriha (main room) there is statue of Shiva Mahadewa as high as three meter. That shows that in this temple Shiva god takes the highest place. (read: Hinduism in Bali)

In addition, based on the Siwagrha Inscription, the Prambanan temple was built around the year 850 AD. The king of the Sanjaya Dynasty, Rakai Pikatan build it. It was later more developed by Balitung Maha Sambu during the Medang Mataram empire. (read also: Indonesian Cultural Festival)

The occurrence of several natural disasters and the displacement of Sanjaya Dynasty government to East Java has destroyed its complex. Prambanan Temple was discover again when a Dutchman named C.A.Lons, when he’s visiting the island of Java in 1733 and find the ruins. 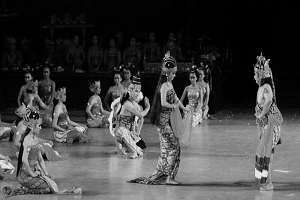 Many people of Indonesia know this story. Once upon a time a king named Prabu Boko had a desire to expand his palace and also controlled Pengging Kingdom. Which at that time became a very strong kingdom.

Then, he negotiate with his commander Patih Gupala. Then, they set up various strategies to rebel and attack the Kingdom Pengging and the King, Prabu Damar Moyo.

When all the preparations are completed and all the power has gain, then Prabu boko, with his commander, also all the troops of Keraton Boko march to attack Pengging Kingdom. The battle between the two kingdoms is very fiercely and many soldiers from both kingdoms died.

Moreover, not just soldiers dying, the common people also losing hope and many of them also became victims. Then. not only casualties, it turns out the empire economy became paralyzed, many people suffer from hunger, disease, and so forth. (see also: Disaster in Indonesia)

Meanwhile, after knowing his king’s lose, Patih Gupala run back to Boko. Seeing that, Bandung Bondowoso not stay put. He feel the need to destroy this rebellion completely. Then, he was pursuing Patih Gupala to Keraton Boko.

When Bandung Bondowoso arrived at Keraton Boko, he saw that Prabu Boko had a very beautiful daughter. Seeing the beauty of Roro Jonggrang is very tempting, make Bandung Bondowoso fell in love with her, and intend to marry her.

Because already falling to deep with beautiful Roro Jonggrang, Bandung Bondowoso is willing to meet the 2 requirements before marrying Roro Jonggrang. (see also: Buddhism in Indonesia)

However, thanks to her beauty and persuasion, Roro Jonggrang making the angry Bandung Bondowoso more calm. Then Bandung Bondowoso willing to meet the second requirement, which build 1000 temples in one night. (See also: History of West Papua)

Therefore, Roro Jonggrang spin her brain and issued another strategy. In order to destroy the efforts of Bandung Bondowoso building 1000 temples, she asked the help of the girls from his palace. (See also: History of Chinese in Indonesia)

The girls were order to burn the hay and hit the lesung (the traditional tool of Java to pound rice). The straw purposely burn to make it looks bright, like the morning when the sun begin to rise. Then the lesung were hit to the wake up the roosters, just like a sign that morning has arrived. (See also: Table Manners in Indonesia)

While the spirits  were working to build the temple saw the sky begin to light and the roosters begin to crow, also thought that the day already morning. Knowing the morning has arrived they stop their work to build the temple. Seeing the spirits suddenly stop working, Bandung Bondowoso was surprised and suspicious of what happened.

Then, Bondowoso summon Roro Jonggrang to count all the temples. After counting the number, it turns out that the temple are only 999. (See also: Wildfire in Indonesia) 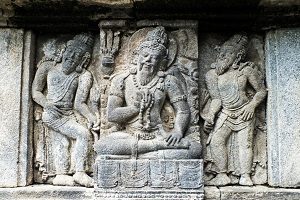 The name Prambanan, comes from the name of the village. It is actually a change if the name of the Javanese dialect of the Hindu-Brahman theology. Which means “Brahman the Great”. Brahman or ultimate reality of the highest and the most unseen. Which is often the same as the concept of God In Hinduism.

Another opinion assumes that the Brahman may refer to the glorious period of this temple which was once gain with brahmins. Another opinion suggests that the name “Prambanan” comes from the root of the word “mban” in Javanese which means bear or bear the duty.

Referring to the Hindu gods who carry out the task of organizing and running the harmony of the universe. 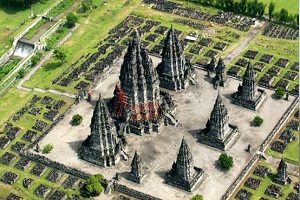 However, The Prambanan temple complex consists of three zones; First is the outer zone. The second is the middle zone consisting of hundreds of temples. The last is the third is the deep zone which is the holiest zone where the eight main temples and eight small temples.

Finally, that’s it, all you need to know about Prambanan Temple, especially its history. Well this is a must visit temple in Indonesia, don’t forget to come here. You must feel the greatness of it, yourself. Okay, enjoy it and have a great day !