Indonesia is one of the most populous countries in the world. The total population of Indonesia in 2010 was 237,641,326 people, covering those who live in urban areas as many as 118,320,256 people (49.79 percent) and in rural areas as many as 119,321,070 people (50.21 percent). The population is widely spread in all islands in Indonesia. From the east to the west, and from the north to the south. This spreading then makes Indonesia is a home for people from different cultures and background.

People from the same area with the same culture than formed a group called an ethnic group. The ethnic groups in Indonesia are so many, there are about more than 300 ethnic groups. Therefore, the slogan Bhineka Tunggal Ika (Even we come from different background but we are united as one) . Also known as Unity in Diversity, which is the motto of Indonesian people is very appropriate in maintaining the integrity of Indonesia. And here we will describe about the 7  Ethnic Groups of Indonesia. 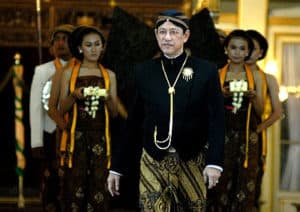 The Javanese tribe is the largest ethnic group in Indonesia originating mainly from Central Java, East Java, and Yogyakarta. At the present, at least 40.22% of the population of Indonesia is Javanese, whereas previously based on the Dutch Colonial census in 1930 Java tribe amounted to 47.05%. This decline occurs because the number of Javanese people move to other regions and countries both during the reign of Dutch colonialism and Japan colonialism.

In addition to these three provinces, the Javanese live in Lampung, Jakarta, North Sumatra, Riau, South Sumatra, Banten and East Kalimantan. In West Java they are found in Indramayu and Cirebon.

Meanhile, Javanese also have sub-tribes, such as the Osing Tribe, The Samin, Tengger Tribe, and others. In addition, the Javanese are also live in Suriname, South America because in the Dutch colonial period the tribe was brought there as workers and now the Javanese tribe there known as Suriname Java. In general, this tribe has a unique characteristic that is polite, hardworking, tends to hide the true feelings and followed their ethics. 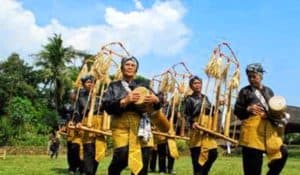 he Sundanese are ethnic groups originating from the western part of Java Island, Indonesia. This ethnic group is also known with the term Tatar Pasundan and covering the administrative areas of West Java province, Banten, Jakarta, Lampung and the western region of Central Java (Banyumas).

Sundanese people also spread in various parts of Indonesia, with the provinces of Banten and West Java as the main territory. The identity that unites the Sundanese is its language and culture.

The Sundanese are known to be optimistic, friendly, polite, cheerful and earthy. The Portuguese noted in the Oriental Suma that the Sundanese were honest and courageous.

On the other hand, the Sundanese are also the first people to have diplomatic relations in parallel with other nations. Sang Hyang Surawisesa or King Samian was the first king in the archipelago to establish diplomatic relations with the Portuguese in the 15th century in Malacca. The results of his diplomacy are outlined in the Sunda-Portugal Treaty Inscription. Some Sundanese figures also served as ministers and once served as vice president of the cabinet. 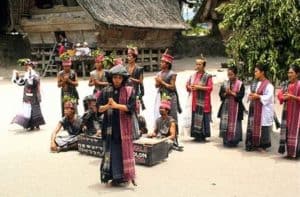 Batak tribe is one of the largest ethnic groups in Indonesia. This name is a collective theme to identify some ethnic groups who live and come from the West Coast and the East Coast in North Sumatra Province. The tribes that are categorized as Batak are: Batak Toba, Batak Karo, Batak Pakpak, Batak Simalungun, Batak Angkola, and Batak Mandailing.

Nowadays in general Batak people follow the religion of Islam, Christian, and Catholic. But some of them also belive in some traditional beliefs such as Malim tradition and animism, although now the number of adherents of these two teachings has diminished.

In addition, The general characteristics of batak tribe is they like to help, daring to appear and tend to dominate in discussion. 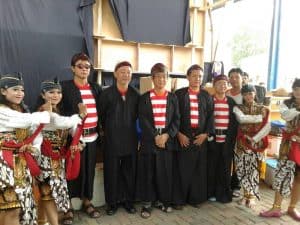 The tribe of Madura is one of the ethnic with large population in Indonesia. They are from Madura Island and the surrounding islands. In addition to the Javanese and Sundanese, many Madurese also migrate to other areas, especially to West Kalimantan and Central Kalimantan.

Madurese is basically a person who has a high work ethic, friendly, enterprising work and tenacious. They like to wander because of the condition of the area that is not good for farming.

On ther other hand, overseas people from Madura generally work as traders, for example: buying and selling scrap metal, hawkers, and market traders. 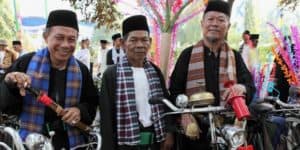 Betawi people is a tribe in Indonesia whose inhabitants generally reside in Jakarta. Some experts argue that the Betawi tribe originated from inter-ethnic and intercultural mating in the past.

Biologically, those who claim to be Betawi people are descendants of the bloody mix of various tribes and nations imported by the Dutch to Batavia. The so-called Betawi people or tribes actually counted newcomers in Jakarta.

This ethnic group was born from a combination of various other ethnic groups who had already lived in Jakarta, such as Sundanese, Malay, Javanese, Arabic, Balinese, Bugis, Makassarese, Ambonese, and Chinese.

However, according to some researchers who agree with Lance Castles who had studied about the Jakarta Population where the Journal of Research published in 1967 by Cornell University said that biologically, those who claim to be a Betawi are descendants of the bloody mix of tribes and nations imported by the Netherlands to Batavia. This ethnic group was born from a mix of various other ethnic groups who had already lived in Jakarta, such as the Sundanese, Malay, Javanese, Balinese, Bugis, Makassarese and Ambonese, as well as immigrant tribes, such as Arabic, Indian, Chinese and European. 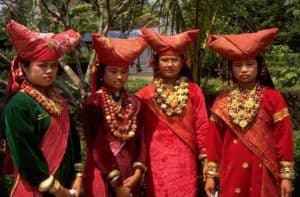 Minangkabau or often abbreviated as Minang is an ethnic group that covers the mainland of West Sumatra, half of Riau’s mainland, northern Bengkulu, western Jambi, west coast of North Sumatra, southwest of Aceh, and Negeri Sembilan in Malaysia.

Meanwhile, in local conversations, Minang people are often equated as Padang people, referring to the name of the capital city of West Sumatra province of Padang.

However, they would usually refer to his group as urang awak, meaning the same as the Minang people themselves.

Minangkabau people are very prominent in the field of commerce. More than half of the total members of this community are in overseas.

Minang community has a special dish popularly known as Padang cuisine that is very popular in Indonesia even to foreign countries. This ethnic group is known for their strong belief in Islam and follow the Islam traditions whole-heartedly. (See also: History of Chinese in Indonesia) 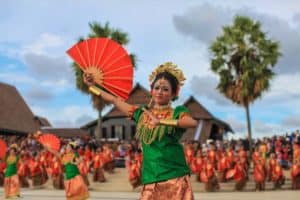 Bugis is an ethnic group that lives around South Sulawesi . The main characteristics of this ethnic groups are the language and customs.

The newcomers from Malaysia and Minangkabau who migrated to Sulawesi since the 15th century as in administrative and traders in the kingdom of Gowa had been acculturated and also categorized as the Bugis.

Based on population census of Indonesia in 2000, the population of the Bugis are about six million people.

Besides, the Bugis are also commonly found in Malaysia and Singapore  that have been lived there since a long time and their offspring have become a part of the country. Due to the spirit of the nomads from the Bugis society, the Bugis are likely to go and live abroad.

Those are complete explanation about largest Ethnic Groups of Indonesia.