A church is a place of worship for many Christian and the availability of churches is important in keeping the balance of many faith in a certain area. The word church itself has many meanings. Although the main meaning is the “soul” or the congregation that is present in it, this time we measure the church with the size of the physical form of the building. At least with the amount of capacity, we can calculate roughly the number of worshipper congregations currently in it.

In 1979, Bethany Church was founded by Pdt. Abraham Alex Tanusaputra, at Jalan Manyar Rejo I / 28 Surabaya. Bethany was then incorporated as part of the Indonesian Bethel Church Synod (GBI), so the Church was referred to as GBI Bethany or Bethany Congregations Church.

In this GBI Bethany church congregation, Pdt. Alex created “Successful Bethany Families” as the vision of the church. 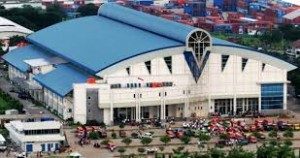 This building itself was inaugurated in 2007. The inauguration of Holy Stadium with 12.000 seats in the main hall. There are 3 schedules of pagoda ritual held with more than 6.000 congregations per worship, The building itself is located in the Grand Marina Complex of North Semarang.

Mission Statement: The JKI GOSPEL KINGDOM, present to bring people order of love for God and more fellow and to teach them wherever they go and distributing the Kingdom of God in the midst of society among nations 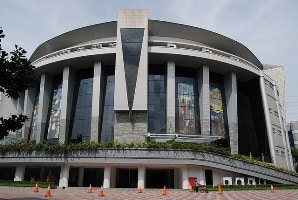 By the Grace of the Lord Jesus Christ, on December 22, 1993, GBI Mawar Saron purchased a plot of land on Jl. East Hybrida, Kelapa Gading Permai, North Jakarta. Then in April 1996, the construction of a church building was built and on July 19, 1996, the church building was inaugurated by Pdt. David Yonggie Cho.

Until now, at this location has been standing church building with a capacity of 3.000 people, a five-story secretariat office building, five-story school building evangelist, and Building Education Rosas Saron fifth floor.

GBI Mawar Saron has also bought a piece of land, adjacent to the church location, to become a place of prayer. On March 26, 2004, GBI Mawar Saron built a 15,000-seat church building in the same location. 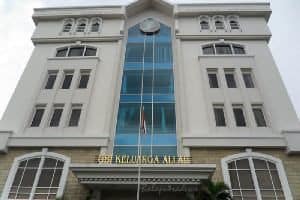 The family of God is a church that stood in Solo in 1989. The number of congregators who are members of the Family Church of God in the territory of Indonesia today has reached 30,000 inhabitants. The center is in the city of SOLO, the main hall of its 5,000-seat worship building, plus additional space, has more than 20,000 congregations in solo, has local TV stations “TA TV”, El Shadai FM local radio, And an STT college.

One of the branch churches in Jogja has a space of 1,500 seats of worship, its place of worship is at Saphir Square mall. With the congregation in Jogja about 7000 inhabitants. It has STMIK and Radio Impact FM.

Meanwhile. this Jogja branch is only 11 years old. 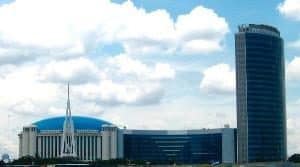 The Indonesian Reformed Evangelical Church Complex (GRII) located on Jalan Angkasa Kemayoran Central Jakarta becomes the new focus. This gigantic church has a unique building because it is covered in a dome. The complex extends 13,000 square meters.

In addition to the two halls, this church also has many other rooms. Among other rooms used for teaching and learning activities. Students who learn seem to be dominated by young people and children. They are taught English and Mandarin. 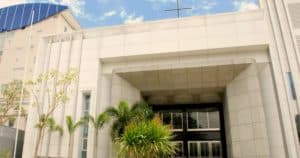 To meet the needs of spaces and parking lots, then the second stage of development, at Jalan Gajah Mada 114-118 Semarang was chosen. After a prayer effort, then a 900-square-meter plot of land was bought, previously a basketball court belonging to the “Sahabat” Sports Foundation and several adjacent houses.

Construction began on 3 April 2006. With the support of the entire congregation and the involved parties, the development can be completed and was ordained on 21 April 2009.

The cost of development up to March 18, 2009, is Rp. 19,37 billion, plus material donations, such as seats, air conditioner, cement, glass, roof, gypsum, and others. 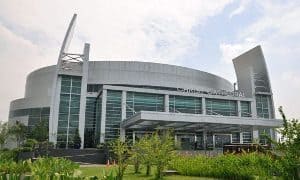 This church has a capacity of only 2,500 seats, but this place also accommodates up to 3,000 congregations. One of the special features of this church is the number of ministries that can be chosen to serve the Lord and the church. A beautiful and wonderful House of Prayer (Grace Chapel), the meeting point of God and the congregation in prayer. So calm and strong the presence of God there. And also in April 2011, this church was threatened with bombs. 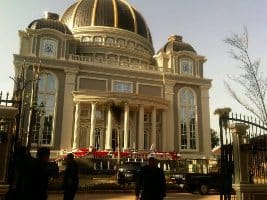 Tiberias Ministry is one of the synods of Protestant Christian churches in Indonesia. One of the hallmarks of the GTI ministry is the ministry of Divine Healing through the Holy Communion and the Anointing Oil. 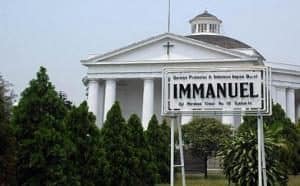 The establishment of the former church of Willems Kerk is the realization of the “dream” of the Dutch King (Willem I, who ruled 1813-1840). His obsession to unite all the Christian churches and organizations residing in his territory including the colonies was declared by establishing the ecumenical Church, to unite the Reformed and the Protestant Lutherans of the Netherlands in Batavia in a church.

Over three years of the development process. And on August 24, 1839, to coincide with the 67th birthday of King Willem I, the church at Koningsplein Oost (now Jl Merdeka Timur 10), the construction was completed and inaugurated as a church by the name of Willems Kerk. On October 31, 1948, De Protestantse Kerk in Westelijk Indonesia (Protestant Church in Western Indonesia / GPIB) was formed. Later this Willems Kerk church was renamed GPIB Immanuel, a word that contained both faith and meaning that God was always with us. 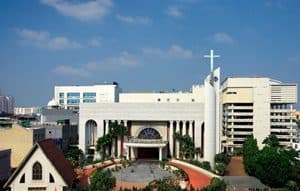 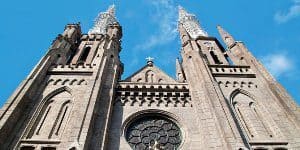 The present church was designed and initiated by Father Antonius Dijkmans and the groundbreaking ceremony was performed by Provicaris Carolus Wenneker. This work was then continued by Cuypers-Hulswit when Dijkmans could not continue, and was later inaugurated and blessed on 21 April 1901 by Mgr. Edmundus Sybradus Luypen, SJ, Apostolic Vicar of Jakarta. This church is not very big in terms of its capacity, but the Cathedral is a symbol for Catholics in Indonesia. 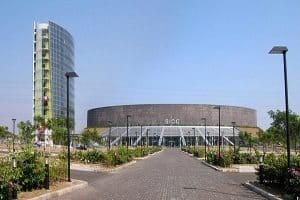 Although this church has a very large capacity, the status of this church building is not like the other church above. This building does not belong to the Church but is still a lease.

Indeed, Pdt. Niko is estimated to have to build Sentul City Convention Center located in Sentul West Java (not far from Jakarta) which has a capacity of 11,000 congregations (Main Hall only). But because there is a problem in the permit, so the current building is only used for certain conferences and events only.

13. St. Jacobus Church : This church is once again not a big church. The shape of the building is also completely unusual for the size of a Catholic church that does have a very high architectural value.

What many people interested in, however, is when the church first stood, this church was situated between the fields. But now the fields are gone. If you live in Jakarta (especially Kelapa Gading) then you will know that this area is filled with housing and malls that cover most of this area.

14. Palasari Catholic Church (Bali) : This church building may not be big, but many enter its building because of its very unique shape. When you see it directly, then you probably will not think that the building is a church. At Easter, the congregation that came to meet filled the capacity of the church so that additional tents were needed to accommodate the more congregation in attendance.

15. Maria Lourdes Cave (Kediri, East Java) : Indeed this place is not a church, but this place of prayer for Catholics stands on 13 acres of land. This church was built by Father Wolter, 1936 AD and became the largest church in Asia. The architecture of this church follows the Lourdes church in France. Under the cave of Maria Lourdes in this push nest, there are 12 holy springs that have been preserved first so that it can directly drink.

Church has many variations dependent upon its congregation and the type of bible they use. But in all Christianity is still the biggest religion on earth and accommodating many people to practice Christian faith will be important to maintain a harmonious relationship between many Indonesia people who practice a different faith.