13 Popular Food in Yogyakarta You Must Try 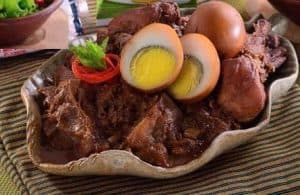 This food is made from young jackfruit. This is a typical culinary icon of Yogyakarta. The original flavor of gudeg is actually sweet. This is sometimes not suitable on the tongue of people outside Java. 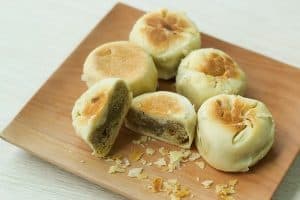 Bakpia is a food of green beans wrapped in flour. Over time, the contents bakpia not only green beans, now many variants of taste, such as chocolate, cheese, durian, to cappuccino and abon cow. Bakpia is one of the popular Jogja culinary icons. 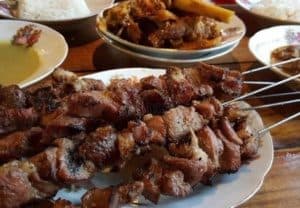 Sate klathak is the satay of goat which is only flavored salt and burned by using iron bars bike on charcoal. Iron bike puncture is what makes satay klathak becomes a unique and different satay. Iron bars serve to deliver heat to mature goats evenly. 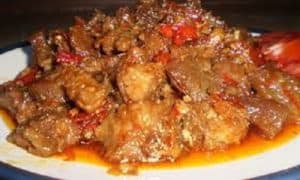 Oseng-oseng mercon is a food made of gravel, beef, and cayenne very much. The name of the mercon (fire crack) comes from the spicy bursts of cayenne pepper when chewed and the facial expression after eating the oseng-oseng, it feels like a bomb that explodes in the mouth. 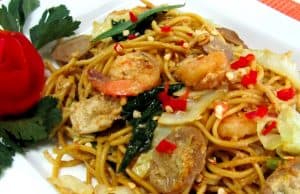 Basically, Bakmi is the food with a serving of noodles. Bakmi served with a mixture of meat or chicken and vegetables such as cabbage. This can be eaten with sauce or without sauce alias fried noodles.

Formerly, noodles were brought by Chinese merchants to Indonesia, then Bakmi adapt to Indonesian spices. Some of the famous Bakmi Goreng Jawa recommendations are Bakmi Kadin, Bakmi Mbah Mo, Bakmi Mbah Gito, Bakmi Jombor, and Bakmi Pele. The price of noodles is around Rp15.000, – an. 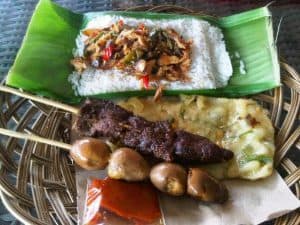 Sego kucing, or in English could be said as cat rice, is the rice wrapped in banana leaf with a mixture of anchovy, chilli, or tempeh at the top. It is called a sego kucing because this rice is made in small portions, just a few times a mouthful, like the portion of a cat. Sego kucing is the main menu in angkringan. 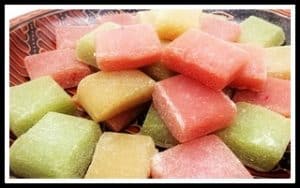 Yangko is a food originated from Yogyakarta city that made of sticky rice flour. Yangko box-shaped with glutinous rice flour, chewy, and sweet taste. In its original taste, Yangko contains a mixture of peanuts, like Japanese moci cakes. Only difference, moci more soft and more chewy than yangko. In addition to the original taste, now yangko also has a taste of fruits, such as strawberries, durian, and melon. Yangko is commonly found in Kotagede, Yogyakarta.

Geplak is a kind of food from the city of Bantul which is quite famous for the tourists who visit Yogyakarta. Geplak shaped spheres of coconut meat served with a sweet taste.

Initially geplak which is a culinary rich taste this sweetness only has white and dark colors, but along with the development of the times, Geplak processed began to be modified with color and aroma of a variety so more interesting buyers to taste it. 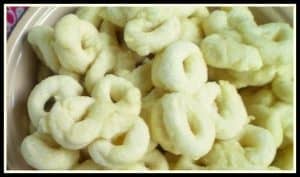 This is a snack from Kulonprogo Regency, west side of Yogyakarta. Geblek made from tapioca flour spiced with garlic. The color is white and the texture is chewy like cireng. When it is fried, the outside becomes crisp, but the inside is still soft.

To add to its flavor, geblek can be enjoyed with a splash of peanut sauce. This snack is suitable to be made by typical souvenir from Jogja, besides bakpia or gudeg. Buy a geblek that has not been fried, then you can fry it yourself when he got home.

The main dish on tiwul is cassava that has been dried to dry or commonly called cassava. Cassava then finely ground and steamed until cooked. In the past, tiwul had become the staple food of the community due to the price of rice that is too expensive so that can not be bought by the community.

Therefore, to meet the needs of the stomach, Indonesians of especially in the area of Yogyakarta replaced rice with tiwul that eaten with side dishes and vegetables. 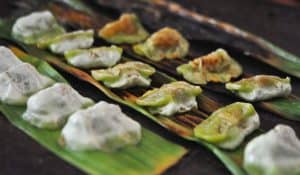 Kipo is a food made from sticky rice, shaped small, filled with sugar coconut dough, green with the contents of grated coconut mixed with small Javanese sugar as big as thumb wrapped or placed on a banana leaf and then baked.
The process of making kipo is very simple.

How and the manufacture is still natural and not derived from processed materials. Taste and aroma is unique and unique shape makes kipo sought by people around Kotagede. It is v

Jadah which is a traditional food from Sleman regency, precisely derived from the slope of Mount Merapi, Kaliurang. It is actually a combination of two types of traditional Javanese food namely jadah which is processed food from ketan (sticky rice) and tempe.

Tempe will usually be processed by cooked with palm sugar and some of Javanese seasoning. Jadah which is a food made from sticky rice is usually in a mixture of grated coconut that raises a savory taste in the tongue.

Usually, satay or sate is made from mutton, beef, or chicken. But in Yogyakarta you can taste different food, which is famous sate kuda with the delicious taste. Sate Meat horse in addition to having a delicious and delicious horse meat is believed as a medicine of various diseases, such as rheumatism, asthma, and can increase the passion of the men.

The sate kuda sellers in Jogjakarta quite a lot, among them on Jl. Kranggan, in the area of Pojok Beteng Wetan, at Jalan Jendral Sudirman, to Jalan Parangtritis. Horse meat made in sate usually obtained from horse slaughtering place in Pleret Bantul area.

Those are some goods that popular in Yogyakarta. Almost of the taste cuisines in Java are sweet. Make sure you like that taste if you go to Yogyakarta.

12 Reasons Why is Indonesia Mixed Economy

10 Best Temple in Lombok You Must Visit