15 Traditional Food in Central Java You Must Try

Central Java is a province located right in the centre of the Java Island. Its culture is heavily influenced by its surrounding regions namely Yogyakarta and Solo. It can be seen through their traditional food.

Central Java also has their own kind of cuisine that is very distinct to their region. The most notable feature of their dishes is their sweetness. Here are 15 Traditional Food in Central Java worth knowing about. Some of these food are now widely available all over Indonesia due to its popularity among the people. 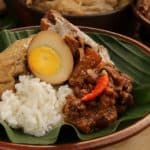 Gudeg is a jack fruit sweet stew that is very popular in Central Java. It is made up of many ingredients. The main one is a very young jack fruit.

The jack fruit is boiled with some coconut milk, palm sugar, garlic, bay leaves, teak leaves, shallot and many more. The dish is often seen as having a very distinct brown colour which comes from the teak leaves.

Indonesians mostly eat Gudeg with white rice. Proteins such as boiled egg, chicken, tempeh and tofu are added as well. 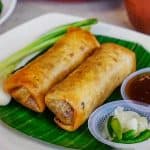 Lumpia Semarang is a kind of shrimp roll in Central Java. It’s a traditional food that is heavily influenced by Chinese cuisine. 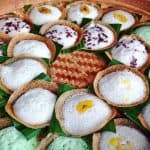 At first glance, Srabi Solo may seem like a small version of Indonesian pancake. It is but it’s also so much more than just a pancake.

It’s a traditional food that is very liked by the young and the old. Mainly made from rice flour and coconut milk, the batter is then cooked using charcoal.

While it’s cooking, chocolate sprinkles, banana or jackfruit slices are often added. Srabi Solo is served with a small banana leaf placed on the bottom part of it. 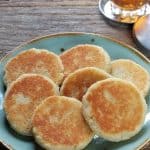 The food is placed inside a traditional paper bag when it is sold. However, some people often sell them in triangular shape. This food is a very traditional snack that a lot of people go for when they’re hungry or as souvenir. 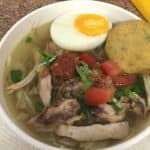 Soto Bangkong is a kind of chicken soup that is eaten with other various ingredients. The main ones would be some slices of tomato and rice vermicelli.

For those who are more adventurous, they can eat the chicken soup with additional side dishes. They may want to add some crunch by eating crackers or a bit of a tangy zest by adding a bit of lime to it. Sometimes, satay of chicken intestines are available too. 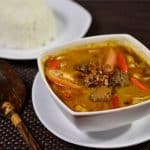 Another traditional food in Central Java is called Tongseng. The name comes from the sound of the food when it is cooked in a wok. It also comes from the Javanese word ‘osengan’ which means stir fried.

Indeed, it is a stir fried cuisine that contains mutton and a lot of vegetables. Some people may cook it in a different way by adding coconut milk.

But one thing stays the same, it must contain some sort of meat. Indonesians like to eat it with warm white rice and, of course, a lot of chilli. 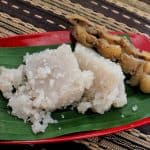 This next traditional food is becoming very rare in Central Java. It’s a simple dish that doesn’t need a lot of preparation.

It’s mainly made from corn starch that is steamed. Once it is done steaming, it is then cut into smaller pieces.

Grated coconut is often added to this food. To make it more savoury, a bit of salt is sprinkled on it. Horok Horok is chewy in texture but it’s great to eat over other Indonesian dishes. 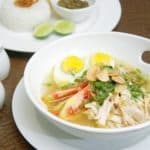 Soto Jepara is another chicken soup that is traditional to Central Java. It originated from a town in Central Java called Jepara.

What makes this soup so special is the garlic chives inside which makes the soup very tasty. Horok Horok is often eaten with this soup.

People may also want to munch on tofu or some tempeh. The unique taste of this soup cannot be replicated anywhere else and it’s one of the reasons why people keep coming back to it. 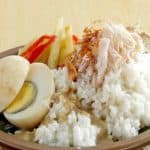 Nasi Liwet used to be a very sacred dish but now everybody consume it as their every day diet. It is a rice cuisine that uses coconut milk to make it more savoury.

Chicken broth is also added during the cooking process to elevate the flavour even more. As a traditional food, the preferred method of serving it is using a banana leaf.

Besides rice, shredded fried egg, boiled egg, tempeh, meat and vegetables are added to the dish in order to make it more fulfilling. 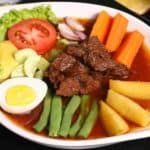 Selat Solo is a kind of Central Java beefsteak. There are carrots, steamed potatoes, tomatoes, green beans and lettuce in it.

But the main star of the dish is the stewed beef. All of these are served with a sweet soy sauce that has a hint of black pepper in it. Though some people may call it as ‘salad’, other prefer to consider it as the beefsteak version from Java. 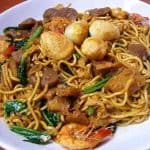 This one is a traditional noodle dish. You can find this food almost anywhere in Java.

People sell it as street food and some also serve it in restaurants. But Central Java is the place where it originated from.

The noodle cuisine is a simple dish that contains chicken, egg, yellow noodle and some vegetables. What makes it delicious is all the mixture of spices in it. 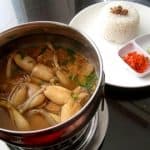 This particular traditional food is an unusual one but nonetheless, still traditional. What makes this food to be so unique is the fact that it is made from frogs’ legs.

The legs are cooked in different ways. Some places may fry them using flour, turn it into a soup and so many more.

The common ones are simply fried and served with fermented soybean broth. It’s a medium dish that will certainly fill you up. 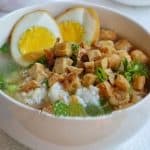 Bakmoy is made by boiling chicken and its bones to get the best taste from the broth. From then on, various vegetables and spices are added to make it tastier.

The dish is served with warm rice and a bit of the broth from Bakmoy. Boiled eggs or fried tofu are included into the dish. Sometimes prawn crackers are also eaten along with a bit of sweet soy sauce. 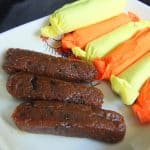 This food is a sweet one. Made from glutinous rice mixed with coconut oil and a lot of sugar.

Although it is dominantly sweet, you can taste a hint of sourness in it. The reason behind that is the fermentation process that the glutinous rice had to go through.

Madu Mongso is wrapped up in colourful, waxy papers. This food is stocked up during special occasions as it’s a very traditional snack for people to munch on. 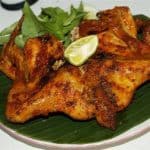 Central Java is where Kalasan fried chicken comes from. It’s sweet and its spices will make your taste buds happy.

The skin is crisp and, sometimes,  additional fried flour granules are added as extras. Indonesians like to eat it traditionally with their bare hands along with some rice.

They never leave out the spicy chilli sauce and some raw vegetables. The price of Kalasan fried chicken is very affordable.

You should definitely try out all these delicious food from Central Java. Most of them are not exclusively sold in the region only. You can find them all over Indonesia. However, nothing will beat the flavour and the atmosphere that Central Java has to offer.

15 Hidden Paradise in West Java You Must See

An Amazing History of Malioboro Yogyakarta