Indonesia is rich in ethnic, cultural, arts, as well as traditional and interesting foods and beverages to enjoy. One example is the type of traditional food of Minang Kabau that is not foreign because the taste is rich in spices and taste that tempting taste. Minang area is famous for its cuisine with spices – the spices of tradition that has been a very long time characteristic of its food.

And one of Padang’s most popular dishes is rendang. Well, if you already call rendang, surely almost all have tasted it. Other foods are also many that may not have been known by you and also other public. In addition to rendang, there are many other foods that you can enjoy while on vacation or be visiting West Sumatra. That certainly not only the food alone but also lots of dried snacks and also drinks that can be tasted.

Well, here we will see some foods that you can make such knowledge as below : 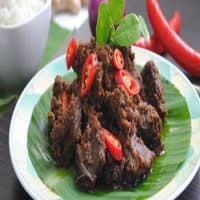 Almost everyone knows this one food. Food made from beef is very famous, even to all corners of the world. You’ve heard that this rendang has been named the world’s best food by CNN.

With the publication, it makes rendang increasingly known again internationally.

The basic ingredients for making rendang are beef with a mixture of many herbs and spices. Beef cooked in coconut milk with seasoning until cooked and coconut milk absorbed. Taste? Do not ask if the taste. 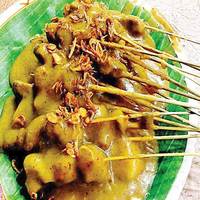 One of traditional food of Minang Kabau is sate in Padang is made from diced beef then burned.

What distinguishes between this satay and other satay is from the gravy. Sate sauce is similar to kare sauce. yellow sate sauce and thick yellow sate. The sauce is made from broth, spicy ginger, turmeric, coriander, garlic, galangal, cumin, curry powder, salt, and rice flour.

Although most satai meats use beef, it turns out there are also you who use chicken and goat meat. If you want to try, just find a hawker sate Padang in your city. 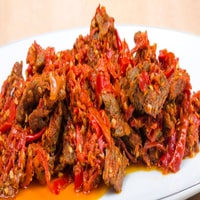 Dendeng Balado is a food made from beef that is thinly sliced and dried. Initially, this jerky was found by the Minangkabau community.

They make cooking from beef, then dried in order to be durable and can be taken away.

One of the most popular dishes in Indonesia with the basic ingredients of dendeng is dendeng Balado. There is also a mention of this food jerked a cigarette. The dendeng Balado is made from thin slices of dried beef and then fried. After that, added chilies and also other spices called Balado. 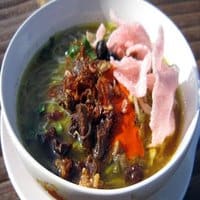 Can not be denied again if Soto is a food sauce that exists in almost every region in Indonesia.

One of the soup in Indonesia is Soto Padang. Soto Padang is made from a typical slice of beef inside which certainly has a soft texture and tastes delicious.

You will feel a different sensation when enjoying this soup Soto. If you can not believe you can prove yourself delicious food. 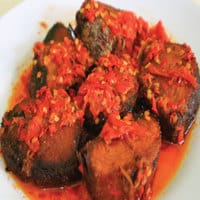 Balado beef class that is not less delicious is the fish Balado. Fish cooked with Balado herbs, there are chili, red onion, tomato, lime, salt, sugar, and water.

This food has a sweet spicy flavor, perfect match with the tongue of Indonesia.

However, not just in Indonesia alone was a fan of this food, in Singapore and Malaysia like this food.

In addition, not only in Sumatra, many housewife from other Sumatra can make this as special dish for family who love spicy food. 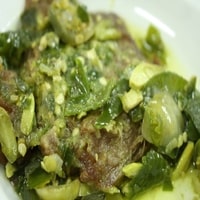 One traditional food of Minang Labau is dendeng batokok processed other beef which is a typical food of Padang is a jerky batokok. The jerky is not as famous as the beef jerky Balado.

Although both jerky, it turns out how to make this jerky is different from jerky Balado.

Dendeng botokok is made by beating, in accordance with the name of the cigarette, which means being hit. 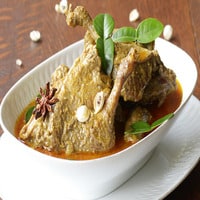 Curry duckling is one of the typical food of Padang made from duck. This curry is similar to curry in general, the most visible difference, of course, in the meat. Duckling curry uses duck as a source of protein.

To cook this curry, it takes some spices, such as ginger, turmeric, laos, orange leaves, bay leaves, turmeric leaves, and chili. This curry has a spicy flavor with a greenish sauce color because it uses green chili to give the taste of its flavor.

Interested to try duckling curry? Immediately wrote to come to Tanah Minang to feel the sensation. 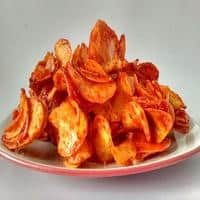 Karupuak sanjai this is a chip whose basic ingredients are cassava. Processed in such a way as to be chips that have three different flavors.

Flavors of this sanjai chips actually have three, the tasteless flavor is white, the taste is salty yellow, and the flavor is spicy.

Of the three flavors, the most popular of course is spicy. Probably because the salt-tasting taste is less tempting. 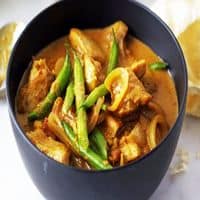 The main ingredient of this food is the brain of cows that have been cut into pieces. Cow’s brain is cooked together with coconut milk and spices.

For you who have high cholesterol levels in the blood, it is not recommended for eating this brain curry.

You certainly know if the brain is high cholesterol, already so cooked with coconut milk again, the higher cholesterol levels. 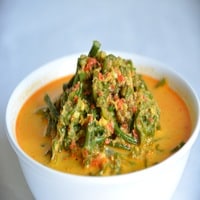 The traditional food of Minang Kabau is a paku curry or can also be called fried curry is one of the typical food of Padang that has a unique taste.

This curry uses the ingredients of fern leaves which are then cooked in a coconut sauce with galangal spice, chili, and ginger. This nail goulash is perfect for you vegetarian.

Although the material used is still foreign to some regions in Indonesia.

Here are other examples of traditional food of Minang Kabau are:

Hopefully, an explanation of the traditional food of Minang Kabau can add insight into your typical Minang cuisine that is delicious and tempting. See you.