The List of 15 Types of Beer in Bali Indonesia

In this world, there are so many kinds of drink that you can try such as juice, milk, or even the alcoholic drinks. Even though drinking the last one is considered an immoral action by the culture of Indonesia, in many places like Bali where there are many tourists visit it, you can find some types of them in several spots like bar or restaurants.

The existence of them is in onder to fulfill the need of tourists in there, so they can have their favorite alcoholic drinks even far from home. In Bali island specifically, there’s some kinds of beer that always being favorite ones by either local or foreign tourists. In this article, we want to tell you the fifteen types of beer in Bali island, that mayeb you can’t find in other parts of Indonesia. So here you go : 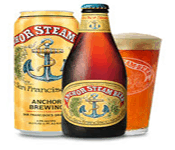 The first type of beer in our list is Anchor beer. For the alcohol consumer, this one is very familiar. Anchor beer is the special beer from the neighbour country, Kamboja. The beer was firstly produced back in 1993, about almost more than ten years ago in a German Company named Archipelago Brewer Company. The company was built in Singapore.

After started  become famous in most area of South East Asia, now Anchor beer becoming a tip beer that can be found in Kamboja, and even Bali Indonesia. In Kamboja, it’s pretty easy to get one because people there are known as heavy drinkers. Many people love it because it has this light and vey fresh taste which is the result of the high quality base ingredients from Europe, 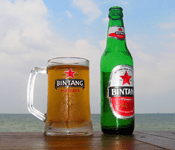 You can find this Bintang beer almost everywhere in Indonesia. The drinkers in Indonesia would love to buy one because of the price and distribution factors. The price is considered really reasonable and affordable. And also, they can find one even in their nearest convenience store. It’s still one of the best beers in Indonesia, known for its green bottle and the star logo on it.

Bintang beer is one of many products created by a company that establish in Indonesia, Multi Bintang Indonesia, which is the subsidiary of Heineken International, a reputable company with many awards in Netherlands. It’s now spread not only in Indonesia, but also several countries like Japan and Netherlands. It has under 5% ABV, so it’s safe for everyone in general. 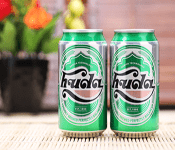 The other beer you can find in Bali beside those two mentioned above is Bia Huda. From the letter that you can see under its logo, you can understand that this beer is coming from Vietnam, which is famous for its unique typing. Bia Huda or Huda Beeris one of many favorite local beers out there, with Vietnamese regular standard taste.

From many reviwers, they feel that this beer is considered okay, with its light and low hops, low malt, it’s very drinkable and maybe not very satisfying for usual drinkers. The beer is also slighly bitter, maybe to suit the taste of Vietnames people. But overall, the beer that produced by Hue Brewery Ltd is very okay to get, but not advisable for heavy drinkers. 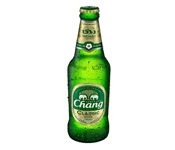 The next local beer is the one that came from Thailand called Chang Beer. In Bali, beers like this have a very affordable price, that’s why some people, especially teenagers who still having a very tight budget, would love to have one for their own satisfaction other than the expensive ones. Chang Beer is the creation of ThaiBev, the SouthAsian’s largest company who massively produce some beers like this Chang beer, Archa, Federbrau, and many more.

Some of you may wonder why there are two elephants used as a logo on this beer. The name Chang actually means Elephant, and some of you may known already that Elephant is considered great and holy in that country. Back to the beer, Chang beer is the golden beer produced through a complex process. It came with different size though, so you can choose from 320ml to 620ml bottle. 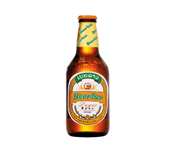 The next one is Beer Lao. Years ago, it was called as the greatest beer in South East Asia by popular media like Tim Magazine and Bangkok Post.  It was firsly produced in 1973 by Lao Brewery Company, a creater of beers in Vientiane, Laos. The base ingredients that used in this beer are the jasmine rice that combined with imported malt that came from Belgium and France. The other ingredients such as hops and yeats are came from Germany.

With all those quality ingredients, it’s not impossible to achive the name of the best beer in South East Asia region. The water that used in the process even imported from Himalayas. Beerlaohas different kinds that you can choose, like  Beerlao light (2,9%), Beerlao Dark (6,5), Beerlao Gold. In 2009l , Beerlao even  sponsored the biggest event in the region, Asian Games in 2009. It’s also granted with gold quality award and silver quality award in 2006 and 2010. 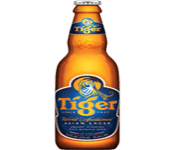 Looking for a beer that came in cans? Then the Tiger Beer may be your best choice out there. The beer is one of many signature beers in Singapore, a country that’s like a very close neighbor to this country. We can say that this beer is like a brother to Bintang Beer and Anchor Beer. We’ll explain the reason shortly.

The Tiger Beer is one of many products created by a big Asian Company, Heineken Asia Pacific. The products of this company are Heineken, Bintang Beer, Tui Beer, Anchor Beer, and also Tiger Beer. This beer is actually the first in line, made in 1932 as first local beer in Singapore. The abv of this beer is about 5%, and it’s already available around the world, including Bali. 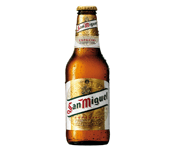 Moving from Singapore, we’re going to Philippines to see the San Miguel Beer. Don’t worry, the local beers like this is already available in some places in the region, including the famous ones like Bali. San Miguel Beer is the creationg of the big brewery company in that particular country named San Miguel Brewey, the subsidiary of San Miguel Corporation.

That company has the biggest market share, almost over 95%. The company not only do distribution nationally, but also reaching several areas on Asia like China and South East Asia region. However, it did some expansion to certain areas around the world like Spain, Africa, and Europe. The beer which has 5% ABV is also famous there. 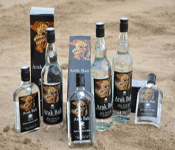 And maybe this is very controversial, but we want to put this one on the list. Not because it’s only known as a good type of beer, but some people are concerning about the safety of it, and we want to tell you some information that you might not know about it shortly. Arak Bali is the local beer in Bali, created out of coconut palm flower. However, it’s really different from Tuak, which only has 5% ABV.

The thing is, common Arak Bali usually has about 50% ABV, which is considered really dangerous. With that portion of alcohol, you can get drunk just a split second. So, it’s not advisable to drink some if you’re driving. But, there’s a good and bad arak. The illegal ones, are the problems. The legal one you can get is on the official website of Arak Bali. Other than that, it’s very risky. 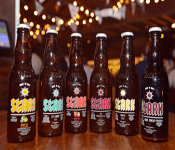 The next types of beer in Bali is pretty unique. It’s actually the first craft beer in the country. What’s this term of craft beer? It’s the term used for beers that made out of natural sources with high quality  and becuase of that, the taste of the beer is really great. It’s created or produced in the Northern area of Bali, and the water that used for the beer is directlty came from Batu Karu Mountain.

That’s really important because, the base ingredient to make a beer is water (95% of beer). That’s why, it all stared with the water first, if the water is good, then the beer has high chance to be a great one. Stark Craft has about six different variants, each has different taste, starting from Wheat, Indonesian Pale Ale, Lychee Ale, and many more.

Beside the nine types above, we also want to give you the information about the other list of types of beer in Bali below. We provide five more of them below.

So that’s the types of beer in Bali island that you can find in many spots of the island, including your hotel maybe. Drinking these beers in several locations like restaurants, bars is really okay. But we want to remind you that you cant drink them in public places because it’s considered disrespecting the people and culture around you especially in Bali island where the culture and religion are top priority.

The History of Indonesia Economic Growth