Home » Fauna » 15 Wildlife Park in Indonesia That You Should Visit

15 Wildlife Park in Indonesia That You Should Visit

Beside having much more arts and culture, Indonesia also a country that filled with thousand specied of animals and flora. But sadly, the number of those keep dcreasing and finally reached the critically rare status. 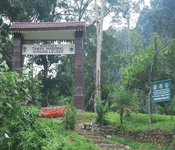 The first wildlife park is coming from the area of Mount Leuser.  For you who don’t know, this conservation, wildlife, and national park is located in Sumatera Utara, in part of the mountain Leuser. There are some endemic animals inside.

For example, visitors can directly see the rare animals, like Sumatran Rhino, Sumatran Elephant, Sumatran Orangutan, and of course the honey bear. Even though the facilties in here are pretty understandable, but the good thing is you can still seeing those creatures, living up in their own sweet home. 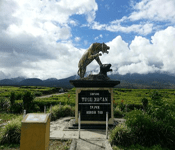 Next from there, we will review the Kerinci Seblat Conservation. This one is also located in the area of Sumatra island, even considered as the biggest conseervation park in there. With the are of 13.750 square kilometers, it can contain a lot of animals and vegetations.

In there, you should see some pretty endemic animals, like the Tiger and Elephant. They look so fantastic, and standing beautifully in the conservation park made by Sumatra Government. Beside those animals, there’s one flower in here that is very famous, the Rafflesia Arnoldi. 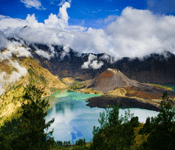 Beside the mount leuser, there’s another one national park that standing on or as a mountain. In the area of Mount Rinjani, which is famous for its myth and magic, there also live some animals like deers, and the fishes that live on its lake.

But the main point thing in here is, the scenery. The scenery is second to none. You can even forget of being in Indonesia after reaching the peak, which looks like Bromo mountain. With thousand of flora supporting this part of island, the conservation is still live up to this day. 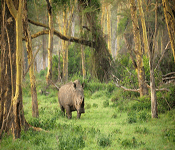 For the students of Indonesia, maybe they learnt about the examples of conservation parks in Indonesia. And as for the famous example, the Ujung Kulon Conservation Park is always be mentioned in their class.

Like its name implies, the park is located in the western side of Java island (Kulon = West). In tere, the visitors should find its starts, the one-horned rhinoceros, or called the asian rhinoceros. This one is different from the original rhino, because it only has one horn, rather than two. 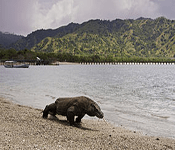 Of course, the land of Komodo is always mentioned when we talking about the wildlife park or must visit attraction in Indonesia. Seeing the living legend is not the thing that you can do everyday, except you’re a local people.

One thing to notice is here, is of course the existence of Komod itself. They have such a lrage groups that live in several spots in this national park. With the guidance given by the experience guides man in there, you can witness the life of Komodo right in front of your eyes. And this time, it’s not separated by the monitor. 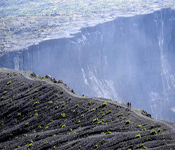 Moving from the other mountains above, there’s this Tambora mountain conservation park, which is located in West Nusa Tenggara. To get there, you need to rent a boat first, before actually can landing and entering the park.

The park was built recently, to be exact is in the year of 2015, when the newly selected president, Mr.Joko Widodo inaugurated this moutain as a conservation park, also in order to remembering the 2nd century of Mount Tambora eruption. 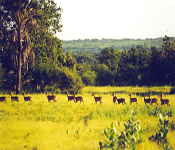 In the seventh location, we want to introduce to you the very intagrammable, and very famous park in Indonesia, that has the name of Baluran Conservation Park. Looking at the picture we provided for you, you can imagine how beautiful the place is.

Beside known for its spectacular few of trees and mountains, the area of Baluran Conservation Park is also famous for its savana, where the animals, the herbivores start gathering there to have some meal. Because ot the savana, the animals that can be found in there are like the cows, buffalos, and sheeps. 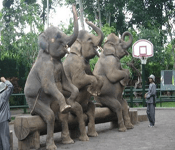 The next beautiful conservation park is located in East Lampung, called Way Kambas Conservation Park. The park is famous for its gigantic and yet cute creatures, the elephants. While visiting the location, the visitors will get their heart much warm by seeing the elephants playing around.

Way Kambas also became the heritage park of ASEAN community. It’s the 36th park to be exact. With the well maintained environment, they can keep the mood of elephants stabilized and can provide more protection to them. 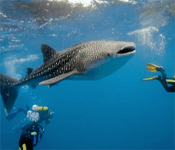 Next conservation park is not filled with lands and dirt. But, this park is consiting one whole natural sea environment that keeping all the habitat of fishes and other sea creatures. The place itself always praised by the tourist, looking so majestic like its brother, Raja Ampat.

The park is located in Papua island, the West Papua. Because of the renge of sea ecosystem that this Teluk Cendrawasih has, it was noted that this is the largest conservation park for sea ecosystem. The place is not only good for studying tourists, but also for divers. 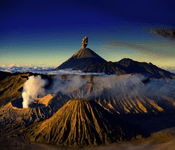 Of course, the last thing in the top 10 list of wildlife parks in Indonesia, is the Bromo Mountain Conservation Park. This location is not only famous for its mountain, but the other spots also supporting the fame of it.

You can see the beautful example like the hills, and the desert, and the savana that will spoil the eyes. In the environment, there are also some wild animals, but they are only mainly herbivores or other small creatures.

Aside from those 10 parks, there are others wating for you to visit them. Inside this small list, there’s one Wakatobi Conservation Park which is praised for its wonderful scenery and environment condition. But beside that particular park, there four waiting too :

That’s the total of 15 wildlife or conservation parks in Indonesia. It’s nice to see that many governments in Indonesia still care about the animals condition, remembering their dangerous status. With the parks that built in some locations around in Indonesia, they with much efforts and also the support of the society, the rare animals can be protected from the reasons of extinction.

This can be our opportunity to join them, helping those rare animals whith what we have from now. We can also do some donations to those parks, or maybe the nearest zoo in your location, to help providing the sufficient nutrition for the animals.

What Not to Miss in Indonesia? Find The 25 of Them Here!