Home » Place » 17 Types of Tourism in Indonesia You Can Do

If you looking for a place for so many types of attractions, this beloved country of Indonesia should be the best one that has it all. From the natural up to historical attractions can be found in several cities of Indonesia with ease.

When you planning to go to Indonesia, you should take a look for types of attractions that you want to visit. Visiting only one type of attraction would be boring enough. Make sure that you have some choices of them to make your holiday in Indonesia more colourful. We’ll give you numbers of attraction on the types of tourism in Indonesia below. Be sure to check them all during your trip

Best to see the natural attractions first before proceeding into another types of attraction. So we have about four places here that you may know already if you were seeing our articles before. Let’s start with Raja Ampat 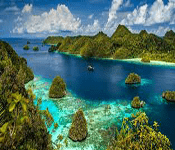 First location that is already famous because of having such a wonderful underwater ecosystem, a heaven for every diver, Raja Ampat. Many people around the world would spend their budget to come here and take a look at how beautiful it is directly.

The name Raja Ampat is actually the name of a group that consists of four different island in the eastern part of Indonesia that are actually based on a myth called Waigeo, Misool, Salawati,and Batanta. It’s said that the total 75% of fish species around the world can be found in this area. 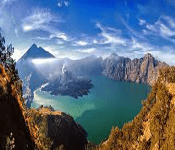 Next one location is a mountain that is located around the area of Lombok. This is actually one of the best mountains in Indonesia in terms of view and natural ecosystem. It has so many things to offer like the vast savana field, hilly areas, and also the exotic tropical rain forest.

The Rinjani Mount in fact is the second highest mountain in Indonesia, so you can expect that the weather in there is really really cold. For Balinese people, this mountain is considered sacred after Semeru and Agung Mount. 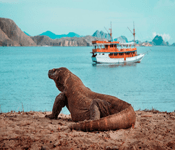 If you want to see the look of a living legend, the dragon that said to be extinct long time ago, you should check the special island in the part of Indoneisan islands called Komodo Island. Here lie the Komodos that you can even find on each corner.

Located in the beautiful  conservations, this area of Pulau Komodo actually consisting some islands around it. The most famous one is the Rinca island, thanks to its Loh Liang Sea Park. Maybe it’s time to visit one of UNESCO world heritage site. 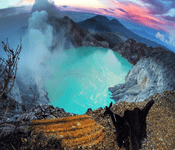 When you travelling to the area of East Java, be sure to not miss this one crater right here. As one of the best attractions in East Java, Ijen Crater has something that the other mountains don’t have. It’s a bit hard to reach the top, but once you succeed, it’ll be wonderful.

The thing to see in here is actually some. First one is the blue crater itself. One night, about 1 am, you can see the crater has this beautiful blue colour, shining all the way. And if you lucky enough, you can even see the meteor shower right on the spot.

After rich of natural attractions, Indonesia also has some things that are very cultural and stil well maintained until now. It wouldn’t be a bad idea to visit the cultural places in here, because beside this country is known for having them, they are absolutely beautiful. 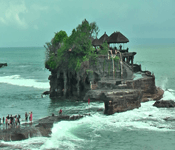 Beside having the great experiences at the beaches, visitors in Bali can also do a visit in one of the best beach in there called Tanah Lot. Upon entering the area, you may realise that this one is actually great attraction.

There are some souvenir shops at the gate, you can buy some stuff in there. And after walking for a while, you can see the Tanah Lot temple standing on the lips of the beach. The point is, the temple is only reachable some times, not always, based on the height of the water. 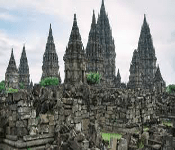 If you want to hunt the famous temple attractions, maybe the Central Java can be a perfect location to do that. Of course everyone is already know about the Prambananan Temple. It’s not an everyday scene where you can see so many temples in one spot.

Even though some of the temples already destroyed by the natural disaster long ago, it’s till has its good looking, and some people still visit it after all this time. Beside, some times there will be a theater in there that might be eye catching. 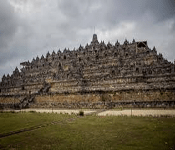 And also the next famous temple in Indonesia is Borobudur temple. As one of the seven wonders of the world by UNESCO, Borobudur temple is always get all the attention of the tourists who visit the region, especially Yogyakarta.

Surprisingly, the relics that written on the walls of the temple still visible and can be captured actually by your camera. The thing called Stupa also can be found on top of the temples, which is resembling that this temples is considered as Budha temple.

Of course, studying history is very important. Although it seems so boring, learning about the past days and all, but in these places, all the boring feels will be gone by the look and the contents that these places have. 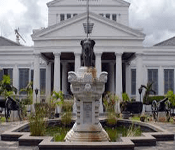 As the first museum, the Indonesian National Museum or Museum Nasional Indonesia is becoming number one museum in the area of Jakarta, the capital city of Indonesia. Many call it with the other name, Gajah Mada Museum.

The reason is, there’s a statue of elephant right in front of it. But not only that of course, the things inside will be much better. You can find so many things in the National Museum like kinds of relic, Indonesian handicrafts, and also miniatures of traditional houses. 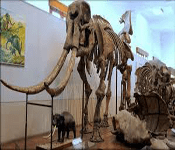 The next one is a museum located in Bandung city, in the part of West Java province. As you can guess, the museum has some collections, the cool ones on the inside. Anything about geology is can be found in this place.

So, if you are interested about all the geology or want to learn about some of them, then Geology Museum in Bandung is one of the perfect places for you. Don’t forget the mammoth that wants to say hi to you. 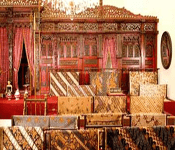 In the area of Central Java, there’s one museum in Solo city called Batik Museum. In here, you can see so many collections of Batik, even the ones from colonial era. There are so many of them here, so you maybe can find your favorite.

They are not only displaying the usual batik, but also the batiks that have so high value like Batik Keraton, Batik Cina, Batik Hokokai and others. You can also try to make them yourself by following the workshop. 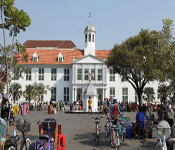 As the best place in Jakarta, Old Town Jakarta always becoming a favorite for being a place with so many colours. The people of Jakarta also decorate the place with the urban lifestyle that is contrast with the museums around.

Some times, there’s a festival in here that can attract the people around the area of Jakarta. The museums in here are also worth to visit like Fatahilah museum and the others. With the proper maintenance, this will always be a great place.

So what do you think about them? What kind of place you want to visit first? It’s all up to you to decide what kind of types of tourism in Indonesia that you would try during your visit on next holidays in Indonesia.

Each of them will give you a new and fresh experience, that is very worthy for all the visitors, you included. Just don’t forget to check your schedule and then match it with the attractions you choose. It’s gonna be great and fun experience to have.

15 Types of Monkeys Are in Indonesia