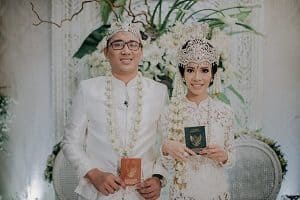 Hello again everybody. In this wedding season, yep the season when many people intend to do this sacred and harmony activity called the wedding ceremony. Many people applied this kind of cultural way of their wedding like Javanese or maybe Sundanese for example. And now, we’re gonna talk about the second one, the Sundanese wedding.

Then, let’s talk about some traditions first, that people must do in their Sundanese wedding. We divide this into two categories, before and in the wedding day.

Before The Wedding Day

Well, before the wedding day comes, there are so many things to be done. Here they are : 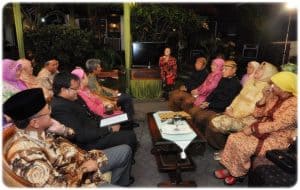 Neundeun Omong is the first and early step that needed to be done in the first place. After the couple decided to agree, to continue their relationship to higher level which is married couple, then the male one will talk to the parents about the plan. It’s pretty tense situation though, but it’ll be done pretty fast if the male clear enough in speaking his mind.

Then, the day after that the parents will come to the female’s house, to “talk” with her parents. It’s not always the male’s parents actually, if they can’t come, they will choose the other people in the family to represent them. So, the talking begins, the intention of their coming will be spoken. Well, actually the male parents want the girl to be their daughter in law, and after agreeing that will, the girl’s parents will “keep the promise” for them. The next step will begin shortly. 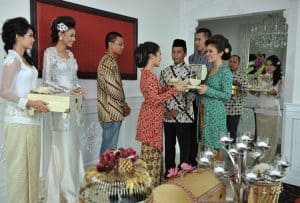 In this Lamaran (engagement) procession, the step are quite simple. The point is, the groom’s family will go to the bride-to-be family to “silaturahmi” with them. You know, the silaturahmi is like meeting. However, not only meeting, there are another things to do here. First, the groom’s family will bring many kind of stuff like money, clothes, and also the most important thing is engagement rings.

They intend to give them all to the bride’s family in order this meaning of obligation and grateful. This is the first step that actually bring tears to the bride. And also the groom, maybe. Their relationship will become more serious and then after they finishing all the things that must to be done, they finally will become one family, forever. 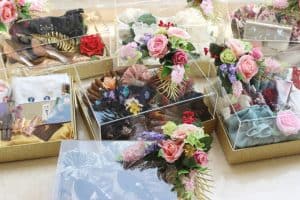 This activity is usually combined with activity above, but can be separated also. So, you can do this Seserahan after the Lamaran, it doesn’t matter. After finishing lamaran, the groom can continue the ext step which is giving the bride family with some beautiful stuff.

Usually, the groom will give the household tools and also foods. Also the other optional things that the groom may bring. The stuff has the relation with family business, so even though they only symbolic, but they have this strong meaning.

Usually they can do the Seserahan activity in three or seven days before the wedding day. It’s so simple actually, many people will and can do it. After the Seserahan done, they can continue the next step which is completely optional, the Ngeyeuk Seureuh or engagement party. 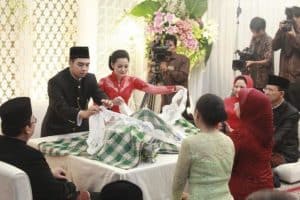 Ngeyeuk Seureuh is actually the most fun thing to do in all the wedding steps. Fun, in the means of you can have fun with all of your friends and family in this kind of crowded and happy party before the actual sacred and holy wedding day.

There are several processions though, including the invitation of Pangeuyeuk or maybe an MC for the show. Then Pangeyeuk will do some several activties like singing the Kidung song, then Sawer Beras, the Mayang Jambe splitting, and so forth. The Pangeuyeuk is maybe the most essential person in the ceremony. For he is the person who understand all the activities in Ngeyeruk Seureuh. That’s why, family will invite the most trustable and maybe the most fun Pangeyeuk for their ceremony.

In The Wedding Day

After dealing with some other activities before the important day, now prepare yourself for the day that many have waited and the couple excited about, the Wedding Day. In this wedding day, there are many processions to complete the Sundanese wedding traditions, like :

In this Ngabagaekeun step, after the groom arrive safely in the bride’s house, the mother of the bride will give this flower necklace to the groom. This is can be call as the welcoming ceremony. After that, they will go together to the wedding place.

Of course, in any wedding in Indonesia (especially Islam) there’s the most important session of them all called, Akad. This is the activity that will change the groom and bride into the husband and the wife. Pretty epic and also touching in the same time.

Therefore, the first thing to do here is sitting in front of the person called Penghulu, the one that will change their status. After the groom say the sacred words, then they can be family legally, finally. Then the touching procession begin.

This is maybe the most touching moment in the wedding. This Sungkeman point is the forgive and saying goodbye to family. Metaphorically, and realistically. The bride will leave the family, and life together with her own husband in peace. Before leaving them, both the wife and husband will ask forgiveness to their family.

They ask them to forgive their mistakes in the past, and maybe they did hurt them in some ways. Of course, as parents they will forgive all their mistakes and problems. After this, the wife will leave the family and life the new life with her own partner.

After that touching moment, they will do the next steps which almost all of them are fun to do, like the Saweran for example. Saweran means giving money to the people, so they do it. They “give” the people with all kind of things like the money, rice, and the other stuff. The activity has the strong meaning, for giving the poor people their needs and don’t be greedy in life, and enjoying the thing with the people around.

The Nincak Endog is the symbolic procession of the wife obligation toward her husband. The newly husband will stepping on the egg and elekan until they crushed, and then the wife will gladly clean the husband’s foot. This is means that the wife should be there for the husband, no matter what situation or the matter that husband suffer.

Therefore, those are the ceremonies and activities in Sundanese Wedding Traditions. Even though they are more complicate to do, but many people still use them until now. However, some people make it more simple by cutting off some of the unimportant processions to make it more simple and budget saving. No matter what the wedding procession you are into, the thing that important is you and your partner will become one. United as one lovely family, forever and ever.

Another Facts of Indonesia articles :