Do you like going on vacation? It is one of the Daily Activities Indonesia so it is guaranteed that the answer is yes  because holidays can reduce the burden of mind after hectic schedule during the weekdays. You need suitable vehicles to accommodate your mobility around the vacation spot. 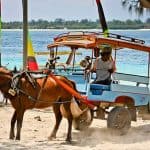 Has anyone heard of Cidomo? Cidomo is a Indonesian Traditional Transportation from Lombok.  The shape is a small wagon pulled by a mini horse. Physically this vehicle is similar to a delman or andong that is found in Java island.  The main difference from a delman or cart is cidomo using a used car wheel instead of a wooden wheel.

Until now, this transportation mean is still a major mean of transportation in Lombok, especially in areas that not covered by public transport and areas of people’s economic centers such as markets. 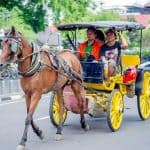 Andong is similar to Cidomo, the difference lies only in the number of tires. Andong is a traditional vehicle from Java island especially Yogyakarta. Andong is a  vehicle that utilizes animal power in the form of a horse. 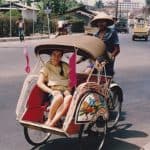 Becak is a mode of transportation that has a tricycle, generally found in Indonesia and also in some countries in Asia. Becak is a familiar transportation in Yogyakarta. It is driven by a human and cycling like a bike.

Becak’s seat actually only provide for two people. It consists of several parts, those are tricycle, head cover, handlebar, and seat. Pedicab is a safe transport without pollution. This vehicle is environmentally friendly because it does not require fuel to operate. 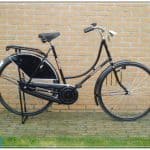 This one bike must be very memorable for people who live in the Indonesian  countryside and its surroundings. This ontel bike has been around since the Dutch colonial era in Indonesia. Ontel bikes are used for transportation by villagers to go to the fields, go to work, and are also often used to carry grass from field.

This bike has its own characteristics that are not owned by bikes nowadays. Almost all of these bike have similar type and color, This bike materials are made of  iron except saddle or its seat. 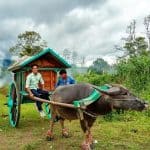 Pedati is carts drawn by buffalo or cow. If the area Java region, usually carts pulled by one or two cows, however the name is not pedati but cikar. The function of this traditional vehicle is as freight transportation mean.

This cart usually carries crops, planting goods and wood. Pedati is a wooden cart that use car’s wheels. Eventhough pedati is traditional vehicle, the people in Indonesia still use this modest transportation vechicle. 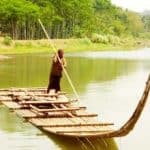 Getek is known as a traditional boat that connects one area with another area which are separated by river.

Not only in Jakarta, Solo is also an area that still uses getek as one of its transportation tools.

Meanwhile, this getek boat is often used by people who live in the  coast of Ciliwung river to cross without having to rotate far to find the bridge.

It is made of wood or bamboo arranged in such a way that it can float in water and carry loads. The power used by this getek boat is human power. 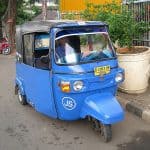 Bemo is an abbreviation of “Becak Motor” and it is considered as three-wheeled motor vehicle that is usually used as public transportation in Indonesia.

Bemo began to be used in Indonesia in early 1962 and it was very popular in Jakarta. Nowadays bemo is not only available in Jakarta but Bogor, Bandung, Surabaya, Malang, Padang, Denpasar, etc.

This traditional vehicle  is very practical and able to reach the narrow streets, it also can go faster than the pedicab. Bemo consists of one driver seat and one passenger seat that can afford two until three passengers. 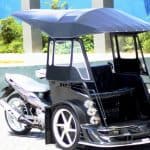 This traditional vehicle originated from Gorontalo, Indonesia. This vehicle has shape that looks like becak but it is added with motorcycle on the back. It was used as a vehicle to carry goods in traditional markets.

Bentor could get through narrow street and it becomes bentor’s positive point to attract the passengers. Bentor’s development is increasing rapidly especially in Kotamobagu, North Sulawesi. The bentor owner even add accessories and modify its design so it looks more attractive. 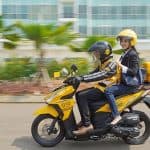 Ojek is actually an unofficial public transportation in Indonesia. Ojek is a transportation tool in the form of motorcycles or bicycles that rented to carry the passengers.

Then, it usually carries one passenger but some can also carry two persons at the same time (but it is not safe).

Ojek is widely used by people live in big big cities like in Jakarta. The benefit of using ojek is it will take the passenger faster to the destined place compared to other transportation tools. It can pass through the congestion in the city. 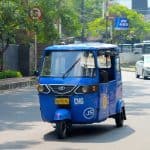 This traditional vehicle is a three wheeled motor vehicle that is widely used in Jakarta. Besides in Jakarta, bajaj is also found in Banjarmasin, Pekanbaru, as well as some districts in Indonesia.

This vehicle is exported from India to Indonesia since 1970s. The physic appearance of bajaj such as: It has three wheels,  one in front and two in the rear, with a steering wheel similar to a motorcycle steering wheel.

There are two colors of bajaj in Jakarta which is orange and blue. Bajaj can carry two passengers  and they sit behind the driver.

Those are complete explanation about how many traditional vehicles in Indonesia which still exist until now. Especially in rural areas.