Top 15 Indonesian Writers and Their Works

Indonesia has so many writers that are popular in this nation’s literature magazine and other published novel. Here are some of them that will be discussed. 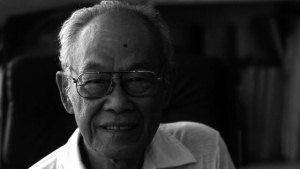 Pramoedya was born in Blora, 1925 in the heart of java island, as the first child in his family.

His father was a school teacher and his mother a rice seller. The original name of Pramoedya was Pramoedya Ananta Mastoer, as it is written in a collection of short stories entitled semi-autobiographical story of Blora. Thus,  Mastoer family name (father’s name) were deemed too aristocratic, he removes Java prefix “Mas” from the name and use the “Tur” as a family name.

Pramoedya was educated at Radio Vocational School in Surabaya, and then worked as a typist for the Japanese newspaper in Jakarta during the Japanese occupation of Indonesia.

the most popular books are “Buru Quartet”, “This Earth of Mankind,” “Child of All Nations,” “Footsteps” and “House of Glass” 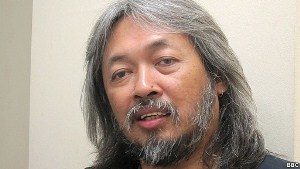 Seno Gumira Ajidarma is pioneer of the author in new generation of Indonesian literature.

The list of his books included “In the Name of Evening”, “Wisanggeni-The Fugitive”, “Piece of Twilight for my lover”, “Nonstring Violin”, “Book of Nonsense”, “No Singing in the bathroom”, and “State of Dawn”.

He was also known for his writing about the past situation in East Timor.

His writings about East Timor was poured in a trilogy of books Eyewitness (collection of short stories), “Jazz, perfume, and Incident” (romance), and “When Journalism is Silenced “, “Literature should talk” (grouping of essays). In 2014, he launched a blog called PanaJournal – www.panajournal.com on human interest stories and a number of journalists and communications professionals. 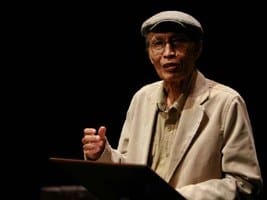 He is known for various poems that use simple words, that make some of them are very popular, both among writers and the general public. His youth was spent in Surakarta.

At this time he had written a number of works submitted to several magazines. His love of writing is growing as he taking classes in English at the University of Gadjah Mada, Yogyakarta.

Since 1974 he taught at the Faculty of Literature, University of Indonesia, but has now retired. He has been a dean there and also a great teacher. During this period he also became editor of the magazine “Horizon”, “Base”, and “Kalam”. 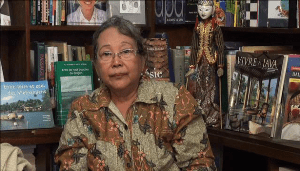 NH Dini was born in Semarang,  Central Java, 29 February 1936. She was the youngest of five siblings, her birthday is celebrated every four years. The award-winning SEA Write Award in literature from the Government of Thailand has been already branded as a famous poet in Indonesia.

Even though she herself admitted only as an author who poured reality of life, personal experience and sensitivity to the environment in each of her writings.

NH Dini claimed she became interested in writing since the third grade. Her books filled with writings that are an expression of her own thoughts and feelings. 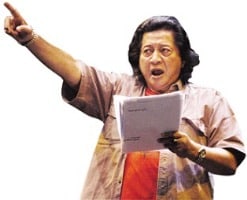 W.S. Renda whose real name Willibrordus Surendra Broto Renda was born in Solo, the Dutch East Indies, 7 November 1935. He was died in Depok, West Java, August 6th, 2009 at the age of 73 years. He is the writer of Indonesian nationality.

From a young age, he wrote poetry, drama screenplay, short stories and literary essays in various media Studied at the University of Gajah Mada.

When a theater group was a mess because of political pressure, he moved the Theater Workshop in Depok, in October 1985.

Some of his work included: 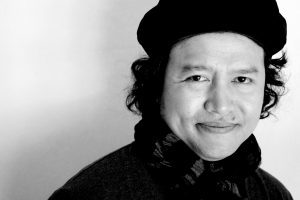 When he was a child, his parents changed his name seven times. They eventually gave the name of Andrea, whose name Hirata given by her mother.

He grew up in a poor family that was not far from the tin mines owned by the government, the PT Timah Tbk.

Hirata started higher education with a degree in economics from the University of Indonesia. Although major studies taken Andrea is the economy, he was very fond of science – physics, chemistry, biology, astronomy and literature.

Andrea identified himself more as an academic and backpacker. While another objective is pursuing his dream to live in Kye Gompa, a village in the Himalayas.

here are the list of books that he produced: 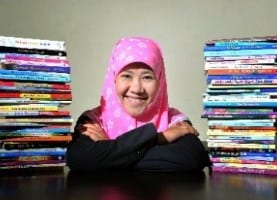 Asma Nadia is a writer of novels and short stories in Indonesia. she is known as the founder of the Forum Lingkar Pena and manager of Asma Nadia Publishing House.

Asma Nadia was the second child of the couple Amin Usman Acehnese and Maria Eri Susanti of Chinese descent who are from Medan. He has an older sister named Helvy Tiana Rosa, and a younger brother named Aeron Tomino.

The three of them pursue their interest in writing similar as their paternal grandfather Teuku Muhammad Usman El Muhammady.

He is married to Isa Alamsyah who is also a writer. Of the marriage, they had two children named Eva Maria Salsabila and Adam Putra Putri Firdaus. Their son also pursues a career as a writer.

Here are some of her books 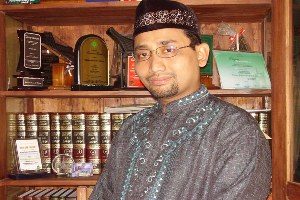 Besides novelist, this scholar of Al-Azhar University, Cairo, Egypt is also known as a director, preachers, poets, writers and Islamic boarding headmaster.

His works are in great demand not only in Indonesia. However, its also in foreign countries such as Malaysia, Singapore, Brunei, Hong Kong, Taiwan, Australia, and the Muslim community in the United States.

The works of fiction considered to build spirit and foster the spirit of achievement for its readers.

Among the works that have been circulating in the market is 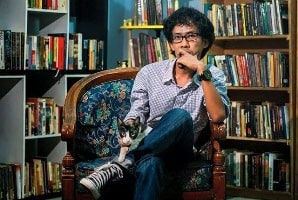 Martan Aan Mansyur is a writer from Bone, South Sulawesi. He was born January 14, 1982, Aan Mansyur have a pen name called Huruf Kecil.

This name marks his identity in some social media. He also admitted to be a complicated person.

Moreover, he is currently involved regarded as important people behind the annual event of Makassar International Writer’s Festival (MIWF).

He is the brains behind beautiful poems in AADC 2. Aan Mansyur is trusted by Mira Lesmana to make poetry to the film adaptation of AADC 2. For the lover of literature, Aan Mansyur already famous through his poetry books, such as Kukila (2012) and View Fire Works (2015).

Dewi Lestari nicknamed Dee is an author and singer from Indonesia.

Dee was first known to the public as a member of vocal trio Rida Sita Dewi (RSD.) She is an alumnus of SMA Negeri (Senior High School) 2 Bandung and Parahyangan University graduate, majoring in International Relations.

Since publishing the popular novel Supernova in 2001, she was later known as a novelist. Here are some of her known books: 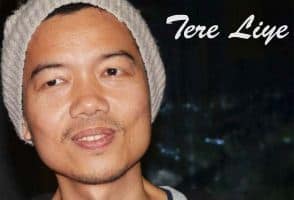 Tere Liye is known as a novelist. Some of his works had been appointed to the screen that is Hafalan Shalat Delisa dan Moga Bunda Disayang Allah.

Although he could achieve success in the world of Indonesian literacy, a story writing activity can only be turned into a hobby.

Thus, he still working in an office as an accountant.

Then continue to school SMAN 9 Bandar Lampung, Lampung Province. After graduation, he continued his studies at the University of Indonesia. After finishing college lots of activities filled with writing fiction.

Here are some of his works: 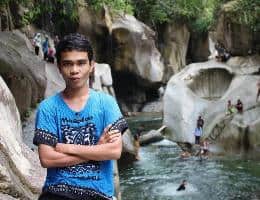 He is a writer from West Sumatra and is actively writing since 2011. However, he had published a book in 2013 and titled “Origami Hearts’.

He was born on 21 November and was fond of drinking coffee. He will write normally when he prepared a cup of coffee.

The bearded man in a day can be spending more than three cups of coffee. Boy Chandra also recounts the time of writing, he says he was never deterred by the place of where he’s going to write. A Boy Candra’s new novel published by publisher Media Kita. Some of fenomenal work from him included: Senja, Hujan, dan Cerita yang Telah Usai. 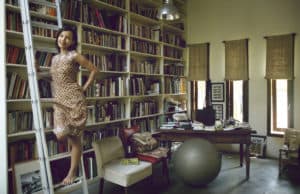 She grew up in Jakarta and graduated from college at the Faculty of Literature, University of Indonesia.

She has been a journalist in the magazine of Humor, Matra, Forum Keadilan. Ayu is known as a novelist since her winning novel titled Saman won writing contest at Saman Jakarta Arts Council in 1998.

Moreover She was D & R, Shortly after the closing of Tempo, Editor, and Detik during the New Order, she co-founded the Alliance of Independent Journalists protesting against the bans.

Now she works in the cultural journal Kalam and in Teater Utan Kayu. Her first novel, Saman, getting rave reviews from various critics and is considered to provide a new color in Indonesian literature.

Moreover, within three years Saman is sold 55 thousand copies. And Thanks to Saman, Ayu received the Prince Claus Award 2000 from the Prince Claus Fund, a foundation based in The Hague, Netherlands which has a mission to support and promote activities in the field of culture and development. At the end of 2001, she launched a novel called Larung. 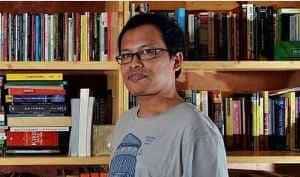 Eka Kurniawan was born in Tasikmalaya, West Java, 28 November 1975, and is a writer from Indonesia. Meanhwile, He completed his higher education from the Faculty of Philosophy of the University of Gadjah Mada, Yogyakarta.

He was elected as one of the “Global Thinkers of 2015” of the journal Foreign Policy. The debut of his first novel won the attention of readers of Indonesian literature, Cantik itu Luka. Followed by the second novel, Lelaki Harimau and some other short stories books. 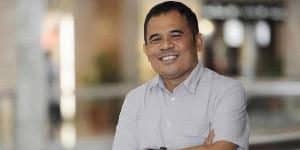 Garin Nugroho Riyanto or better known by Garin Nugroho is one of the producer and directors of Indonesian popular.

The name Garin Nugroho began widely known after the film called Love in a Slice of Bread (1990). Then, the second film, Letters To Angel (1992) brought his name to international film stage. Garin Nugroho also concerned about environmental issues. It is at least reflected in the movie themed environments, namely Under The Tree.

He also established the Governmental Organization (NGO) called the SET in 1987. The NGO aims to create a new language, creating a spirit of creation and make the community. The NGO created young directors such as Riri Riza.

Some of his work included

Many Indonesian writers face hardship during new order era because of the strict rule that was in place to protect the government but now many Indonesian Literature writers have thrived under new democracy that’s implemented in Indonesia.

Literature is needed for one to express their feeling regarding certain events and put it beautifully within words that’ll affect those who reads it and inspire new generations who will write and be famous also. And this is why being a writer is a popular job nowadays.

Table Manners in Indonesia – How to Act