What to Wear in Indonesia – A Woman’s Guide Etiquette 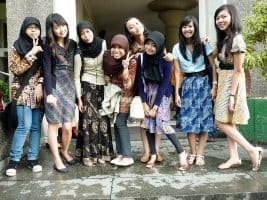 In Indonesia, as the world’s largest Muslim country, foreigner tends to think that this country might have more conservative standards of dressing so you should only bring one pair of shorts and stuck to mostly dresses.

However, there some things that you ought to know the aspects that influence Indonesian in their clothing. Here are some of those aspects that are able to influence the ethics of dressing.

The style of dress each person expressed is different from one person to another. The easiest is the style of celebrity dress.

One of the languages we have is music. If you notice the genres of music have a way of distinctive in dressing. From rock, punk, R n B, Pop, and dangdut also have a different style of dressing up. And usually many people who follow and imitate the way they dress according to the genre of music they love.
Consciously or not, our own friends can influence the way we dress. Our friends have a considerable influence on us, including in style selection. Because you are always close to them, unconsciously you will learn from them and taken a bit of their style. 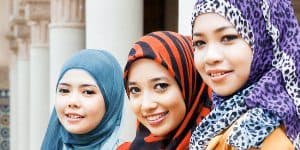 In general, What to Wear in Indonesia can be quite the same as to America related of what the women wear so you don’t need to cover head to toe like some woman did in Afghanistan.

Still, Indonesia are more acclimatized to the heat than most foreigners are so they may saw lots of short skirts and longer dresses and few short dresses.

Such as, there were many women using the hijab but there were also girls displayed in tank tops and shorts. So you can bring whatever clothing that suits you.

In addition that Indonesia is a Muslim majority country, several provinces have their own distinctive religion majority. Such as Hinduism that is the predominant religion in Bali. While the regulation is relaxed for foreigners in beach towns, you should be mindful of the local culture.

Short shorts are acceptable on the beach but pants or skirts that fall below the knee are suitable when traveling to towns or villages. Sleeveless tops are acceptable, just bring a light scarf that you can put around your shoulders or a lightweight long sleeve you can wrap on top of your head if you’re going to temples or mosque.

You may see locals wearing jeans and long sleeve shirt, but you’ll likely to get burned if you’re not familiar with the weather, be mindful with lightweight clothing that is suitable for both the heat and humidity.

On the other hand, you can wore tank tops around Jakarta, Bandung, and Yogyakarta and never felt uncomfortable or glared at. On the more touristy destinations like Lombok and Gili, the islands are completely crowded with foreigners wearing whatever the thing they want. Indonesia regulates on a quite wide clothing type.

If you’re contemplating of what to wear, it really depends on where you’re going and what you’ll be doing. Indonesia is divided into 3 times zone and within each time zone, there are different sets of the rule regarding their clothing. Just try to adjust your clothing based on the weather there.

Choose out tops that permit your skin to breathe. Cotton is one of that comfy material you can put on hot days. Pick colors that will absorb the sun rays, white is a perfect choice and it will suit you. Putting on tank tops can alleviate the heat with the sun beating down on us during the daytime. Putting on a comfortable shirt that will allow you to combined and match various looks during your holiday.

Denim also become option for What to Wear in Indonesia. It is always an easy beach accessory, or go for casual clothes that you can also wear in town on non-beach days. A breezy and loose beach pant will give you some extra coverage while keeping you dry. Pair them with a tank top or a breathable long sleeve for a casual but chic look by the shore. Always remind yourself to choose skirt fall below the knee, mainly if you are visiting a temple or even a mosque. Long pant suits might be comfortable in those areas so as not attract too much attention from the local people

There are many choices of clothing for What to Wear in Indonesia that is covered and polite that can be used without reducing the beauty of women and the handsomeness of men. Therefore, as a student and society of clothing must be in accordance with the ethics that exist and apply in the community or in public places because a person’s clothes will reflect the person’s soul and personality that will shape the attitude and behavior of a person. So wear clothes that should be good in use in public places, such as clothes that are simple but still polite and good at seeing people.

While in a college environment, it is said to be free in terms of dressing. Examples of dressed campus for men and women: 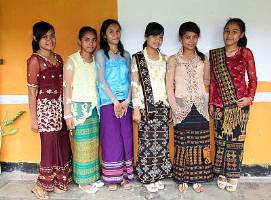 While the people in rural areas tend to dress very simple way, for example wearing a sarong, scarf, kebaya cloth, and so forth.

In addition, they prefer the business of sewing clothes themselves because of the villagers, in general, prefer to sew clothes rather than go to the market to buy a pair of apparel in stores. So you might find many weavers in rural areas.

However, due to lack of income in the village. Then there are many shops there that sell used clothes because they find that it is also an interesting thing because the clothes are still worth it and will not be wasted.

Dresses are great materials for those who want to feel rejuvenating and feminine. Maxi dresses make the great options for pants. This is also a great item you can dress up for a nice dinner.

Dress Up in accordance with the ethics of dress

Indonesia is a large country so there no single code of how to dress here, only that you should learn to respect other’s people opinion because this will save you from any trouble that might come your way. There are places that might surprise you in how they wear stuff there but there also places where you might love. Learning by doing is the best way to go live in Indonesia.