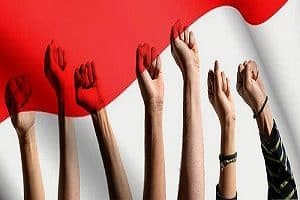 Youth Pledge is a major milestone in the history of the Indonesian independence movement. This pledge is regarded as the crystallization of spirit to affirm the ideals of the founding of the state of Indonesia. What is meant by “Youth Pledge” is the decision of the Second Youth Congress  which held in a two-day, 27 to 28 October 1928 in Batavia (Jakarta). 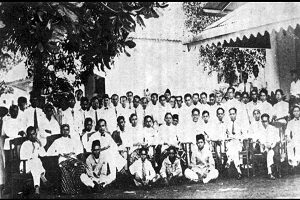 Youth Pledge Day historical event is an admission of Indonesian Youth who pledged their words for one country, one nation and one language. This pledge was read on October 28, 1928 with the formulation created by organization of Pemoeda-Pemoedi or Indonesian Youth Congress II that every year is celebrated as Youth Day. (read also: History of Indonesian National Anthem)

Youth Congress II was held three sessions in three different places by the Indonesian Student Association (PPPI) organization which consists of students from all over Indonesia. (See also: National Library of Indonesia)

The idea of ​​organizing the Second Youth Congress comes from the Indonesian Student Association (PPPI). PPPI is a youth organization membered students from all over Indonesia. On the initiative of PPPI, the congress was held in three different buildings and divided in three meetings. (read also: History of Batik Indonesia)

The first meeting, Saturday, October 27, 1928, in the House Katholieke Jongenlingen Bond (KJB), Waterlooplein (now Lapangan Banteng). In his speech, PPPI chairman, Sugondo Djojopuspito hoped the congress could strengthen the spirit of unity in the hearts of the youth. The event continued with a description by Moehammad Yamin on the meaning and relationship of union with youth. According to him, there are five factors that can strengthen the unity of Indonesia, namely history, language, customary law, education, and will.

The second meeting, Sunday, October 28, 1928, at the Oost-Java Bioscoop Building, discussed the issue of education. Both speakers, Poernomowoelan and Sarmidi Mangoensarkoro, argue that children should receive national education, there must be a balance between education at school and at home. Children also need to be educated in a democratic. (read also: Communist Party of Indonesia)

At the closing meeting, at the Gedung Indonesische Clubgebouw at Jalan Kramat Raya 106, Sunario explained the importance of nationalism and democracy in addition to the scouting movement. While Ramelan argued, scouting movement can not be separated from the national movement. Scouting movements from an early age educate children of discipline and independence, things that are needed in the struggle.

The formulation of the Youth Pledge was written by Moehammad Yamin on a paper when Mr. Sunario, as a scouting messenger, was speaking at the last session of the congress. The oath was initially read out by Soegondo and later described at length by Yamin. The statements of Youth Pledge by Second Youth Congress are as follows: 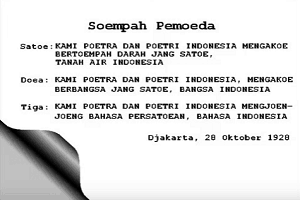 After all discussion about the formulation of the youth pledge, The statements was shouted loud by Soegono about pledge that youth made for Indonesia. Along with Indonesian National Anthem played in October 28th 1928. Here the 3 main contents of youth pledge statement, as follows:

In the event of the historic youth pledge, there was the Indonesian national anthem played for the first time created by W.R. Soepratman. The song of Indonesia Raya was first published in 1928 in the print media of the newspaper Sin Po with a text that confirms that the song is a national anthem. The song was forbidden by the Dutch colonial government of Hindia, but the youth continued to sing it. 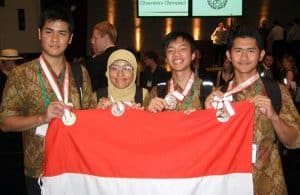 The Youth plays a role in realizing national development goals, so they must have a soul of noble, intelligent, healthy, tough, independent and professional.

Not to be a generation who stand idly by daydreaming about the glory of the ancestors in the past, that will make yourself just lazing in backwardness. (read also: Scouting in Indonesia). Youth should be able to read the problems that exist in the surrounding community and provide solutions and also extend a hand in solving the problems that occur in society. Must continue to do charity, social activities in the form of new inovational work to answer all challenges and meet all the needs and needs of the nation at this time. (read also: Indonesian Red Cross Society)

The positive steps of youth are very important in the life wheel of this country. The role of youth can be realized with the ability of individuals in the field of education, social, economic, cultural and other. Small movements of youth by individuals and groups will at least change the condition of society better and motivate other youth to move and fill the independence with positive things.

The role of youth can be started from small things that benefit the community. Because what the youth do through positive things in society will spread viral goodness, which later these small steps that can make Indonesia to the new civilization. 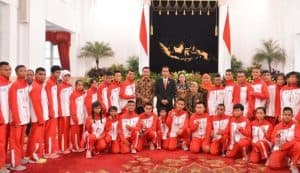 What exactly is the meaning of the Youth Pledge in this era of globalization? Do we, as young Indonesians just sit back after feeling the joy of independence? Of course the answer is not. In this era of globalization, we should understand what to do and sacrificed for the creation of the nation’s goals. Sometimes we are only able to criticize all existing behaviors and rules.

Its so sad when you see some of the youth even involved in the dark circle of the dark world. Like drugs, free sex, murder and other criminal acts. Even, they do not care how the future of this nation. The soul of nationalism is declining. The attitude of individualism grew even larger.

Therefore, we as young people of Indonesia must struggle as the nation next generations who are now turning directions from the actual goal of Indonesia. Not as a successor to all the negative things that existed before. Bung Soekarno once said “Give me 1000 adults then I will pull out the roots of Mount Semeru, and give me 10 youth then I will conquer the world.”. Proven that youth is a valuable asset for the progress of the nation.