Indonesia is one of the biggest archipelago country in the entire world. With more than 200,000 inhabitants, this beautiful country is the 4th most populated country in the whole world (After China, India and United States of America). Being an archipelago country means so many thing to us, as we are being relate to it so much during the introduction of this country.From each island that are in our area of authority, we got different cultures and customs. This is why Indonesia is very rich in both its culture and its people. We got many races, language, traditional custom and behavior. (see also: Largest Temple in Indonesia)

The wonderful thing is that even though we are all completely aware of those differences, we are always proud to call ourselves Indonesian. Our differences means nothing to us other than add to the richness of the country itself. We treat others the same, be it people from different island, races, religion or cultures (While of course, a little rants here and there could be heard by it from time to time). (see also: Largest Snake in Indonesia)

So, if you are interested in learning further about Indonesia, let’s read a little more because in this article we will provide you 5 biggest island in Indonesia. Each island has its own unique custom and believe, but once again : it will all just add to the richness of the country of Indonesia. (Also read : largest ethnic groups of Indonesia) 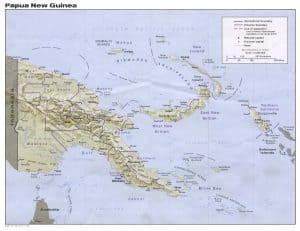 Meanwhile, the name Irian Jaya has the meaning “Fighting back”, which means so much at that time (Irian Jaya has its own history with colonizer, which makes them associated much with the word ‘fight back’ ).

On the other hand, we call this island ‘Papua’ back in the early 2001, as a result of many considerations from the local government. (Read also: Indonesian Air Force – Indonesia Lifestyle)

Papua is the biggest island in Indonesia (with 785,753 km per square) and it has the highest mountain in Indonesia.

This mountain is called Jayawijaya/Puncak Jaya/Carstensz Pyramid. Then, this mountain is 4,884 m high and is one of the seven highest mountain in the world. The highest area of the mountain sometimes filled with snow and this is an amazing phenomenon because Indonesia is a tropical country.

There are many secrets that are not yet to be revealed about this island and up until now, scientists are still working on it. “The terms ‘New guinea’ means that this island is a new found island and we still have much things waiting for us to be discovered” Said an economic geology graduates from James Cook University. (see also: Hiking in Indonesia) 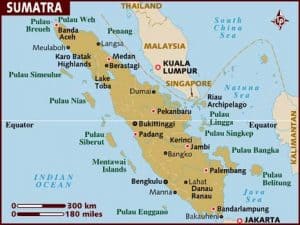 Sumatra island is the sixth biggest island in the whole world. With the wide of 473,481 km per square, this island has over fifty two million people living in it (Indonesia census, 2010). Other than Sumatra, this island is also known as Andalas island, Percha island, or Suwarnadwipa.

This is a sanskrit language and it means ‘golden island’. The name Sumatra was recorded on the Lampung folktale (Tanoh mas – Sumatra). A Tiongkok traveler called I-tsing (634-713) called this island chin-chou; which means “golden land”. (see also: Largest Church in Indonesia)

There are also many Chinese people that is living in this country. Usually they are located in Medan, Batam, Palembang, Pekanbaru and Lampung. They are usually farmers, fishers and mercahnment. (See also: Indonesian Beliefs and Values) 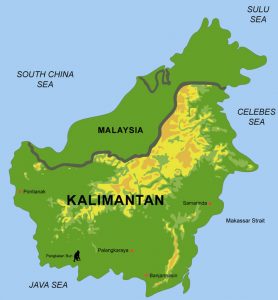 This island also known as Borneo island, Kalimantan is the third largest island in the whole world. This one island is very unique and special, because it not yet overexploit by the modern life. The magic nuance of this place is still high, with a little bit of mysterious side on it, making it a very interesting place for you that likes an adventurous travelling.

The native inhabitants of this island are Dayak people. They are very traditional and have their own way of living (which is nomaden).

However, because of the modernization nowadays, they have to learn to adapt and eventually settled down to their houses. They have this one big house called Lamin that can be filled with 50 people. Nowadays, they are also learning to interact with local inhabitants. (Read also: Indonesian traditional puppets – Festivals in Indonesia)

Kalimantan has 4 areas in it. They are east Kalimantan, west Kalimantan, south Kalimantan and central Kalimantan. Each of these four areas have their own language, traditional customs, and way of living. This island has many beautiful tourism destination and some famous cities that you can visit in your journey. These cities are Balikpapan, Samarinda, Pontianak, Banjarmasin and Palangkaraya. 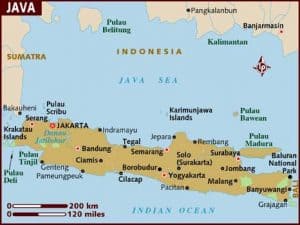 As the fifth largest island in Indonesia, Java island sure is a crowded place to live. With the width of 126,7 km per square, we have over 126 million people scattered around the island making up 60 percent of the whole population of Indonesia.

On the other hand, this number has actually decreased since the past decades because this island holds about 80 percent population in Indonesia at 1980s. Thanks to the government program (transmigrate – act of moving to another island that are unoccupied), the population in this island has decreased accordingly.

Jakarta, the capital city of the country is located in this island. This is why the majority of economics trading is done in this island. This particular island give so much contribution to the total income/outcome of this country. This is also the reason of why people from all around Indonesia wants to move to this city. The economic factor is the number one factor. People are moving in here in the hope of getting better quality of live. This island has many active mountain (Semeru, Merapi, Kelud, Slamet, etc) and many river as well. The longest river in Java island is Bengawan Solo. We even have a song dedicated for this particular river. (See also: Communist Party of Indonesia) 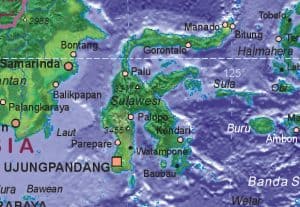 Sulawesi island has more than 176 kilometer per square width and is the seventh largest island in the world.

Another ethnic group that are also the native inhabitants of this island is Toraja people. You can also find Toraja people spreading around Sulawesi island. The thing about Toraja people is that they have very good taste in architecture and has very beautiful building that are now still being treasured.

So now after you learn the biggest and most famous and largest islands in Indonesia, what do you think? Let us know your favorite island and make a plan on visiting them soon!

Worth Exploring 8 Smallest Islands in Indonesia