15 Prohibition In Bali Island You Need to Be Aware 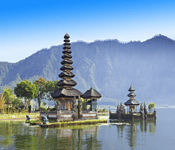 A small example is when on a pilgrimage or a visit to the temple alone you should use clothing politely, neat and clean. It is already a culture and tradition for the people of Bali from the days of his ancestors.

The greatness of religion and culture that closely makes every tradition there must be maintained and obeyed even by strangers though. The following prohibited drugs in Bali.

For those of you who want to know what prohibition in Bali should be obeyed and avoided, here are some examples and explanations:

Canang or offerings every day offered by Hindus in Bali in honor of the creator of nature would you often encounter. If accidentally stepped on, apologize is, at least from the heart. So that you are not hit by disaster or disaster, for the Balinese, this is very sacred. Hence prohibited medications in Bali.

2. Prohibition of Entering Any Holy Place

Some tourist attractions have their own rules, according to local customs. For example, are required to wear scarves (anteng) and cloth. In addition to tourists, local Hindus also adhere to the custom. So it’s a big mistake to think of it as a business.

Especially women who are experiencing menstruation there are some things and sanctuaries are sanctified, because it is usually women who are menstruating prohibited into the temple or shrine. The following example history of elephant cave in Bali stunning view.

3. Making Damage in the Holy Place

Although open to tourists, never once acted or did mischief. Speak the courtesy because the people of Bali so uphold their honor. If you want to dispose of waste, better provide a special plastic bag, do not throw in any place. So should keep the place safe, comfortable and clean. Hence tradition the history cockfighting in Bali.

4. Must Permit to Stay or Stay In Bali

No ID card, but for those who stay long enough in Bali are required to make a temporary ID or commonly called Kipem. Bali banjar party itself will regularly hold a Kipem raid, if you do not have it then you will likely be exposed to customary punishment and even expelled.

The Balinese are very guarding the security of their territory, especially since the terrorist attacks. Therefore they are unforgiving of the violating stranger. So have permission before you are arrested.

5. Cursing during the Traditional Ceremony

Maybe you are upset because the road you pass by temporarily closed or stuck because there is a traditional ceremony, such as Ngaben for example. But do not you upset then swearing or honking loudly and repeatedly, it means you do not respect the territory you are stepping on. Avoid also in front of people who are praying.

Because this can be disturbing and considered irreverent and disrespectful to the inhabitants of Bali. The following interesting facts about customs in Bali Indonesia.

6. Touching or Holding the Head of the Balinese

Balinese believe that the head is the most sacred part of the body. Therefore, avoid holding your head, even if you want to wipe the heads of children with a sense of affection is considered impolite. Even if not accidentally have to apologize, because this is considered rude and unorthodox. Some of what to avoid in Bali Indonesia.

7. Pissing at Any Place

In Bali many areas are sanctified, many trees are also considered sacred and worshiped. Therefore avoid urinating in any place. It is not polite and not good to do in public, especially Bali which holds high custom, adab, and cultural ethics.

Prohibited from leaving the house or hotel, lighting a fire and turning on the lights, watching TV, whatever activities related to the crowd are prohibited, except for the holiday ceremony. If there is a sudden need, eg sick or give birth then it is okay.

However remember, there will be a pecalang who always watches when Nyepi lasts. So really nyepi atmosphere will be felt on the island of Bali. Hence traditional beliefs in Bali that exist.

Prohibitiin in Bali you must know ie, each beach has a ban. Whether it’s the current or other matter. Pay attention and if necessary ask the local guide about the ban on the beach. This is to avoid the danger and the occurrence of accidents while on vacation at the beach, so should really pay attention to the rules and signs are clearly installed in every coastal area. All the facts about the traditional wooden puppets of Bali.

Other courtesies, if you ask someone (eg ask for directions), get off your vehicle and open your helmet. Because of this, you are considered to appreciate the other person, and they will be happy to help you. Never ask while saying harshly, or unclearly without any courtesy ethic. This is not a reflection of Balinese customs that are friendly and courteous. Top of unique celebrations in Bali Indonesia.

Further prohibition in Bali you need to know well:

Better to do good and polite by understanding the customs and traditions in Bali, because the population in Bali highly upholds a very sacred tradition.

Thus the explanation about prohibition in Bali you need to know, so you can avoid shame and uncomfortable if caught violate and reprimanded. Might be useful and enjoy your vacation in Bali.

The History of Religion in Bali – Brief Explanation

Worth Exploring 8 Smallest Islands in Indonesia