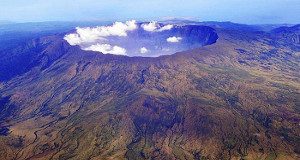 Mount Tambora is an active stratovolcano mountain located between Dompu and Bima districts, Sumbawa, West Nusa Tenggara Province. The volcano erupted on this mountain on April 10, 1815. This mountain explosion was the most powerful in Indonesia. In fact, Mount Tambora also categorized into the historical record as the world’s largest explosion.

This mountain explosion is the culmination of volcanic activity that began to increase for almost four years. Approximately 71,000 people around Sumbawa died of lava, as well as a dust-induced disease from the mountain. The impact of the eruption of Tambora mountain also can be felt in the entire world. 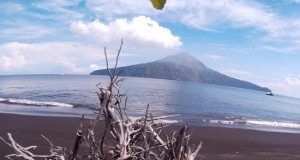 Many residents died from exposure to hot rock material spewed from the mountain and also as a result of this eruption of Krakatau causes global climate change. The world was dark for two and a half days due to the volcanic ash that covered the atmosphere. The sun shines dimly until next year at that time. 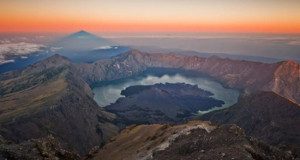 In the 13th century, there was a mysterious eruption and Mount Samalas in Lombok, West Nusa Tenggara was touted as the culprit. Experts successfully linked traces of sulfur and dust obtained from the southern poles with data from Lombok. 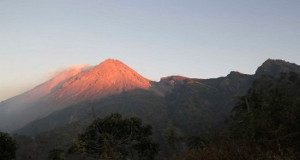 The terrible phenomenon during the eruption of Mount Merapi is widely observed. Many casualties were recorded during this eruption. About 153 people died and 320,000 other residents have to lose their homes. 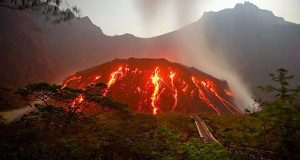 Mount Kelud is a mountain located in Kediri, East Java. In 2014, Mount Kelud erupts with a very large eruption. The material released resulted in several disasters in several cities on the island of Java. Rain sand also hit some cities like Kediri, Yogyakarta, Surabaya, and other cities.

Not many casualties from the eruption of this mountain because many residents have been evacuated before Mount Kelud erupted. The uniqueness of this volcano is the existence of a crater lake, which in eruption conditions can produce large amounts of lava flow from eruption, and harm the surrounding population 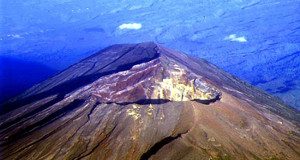 Mount Agung in Bali had several times of eruption. The most powerful eruption occurred in 1963-1964. As a result of this volcanic eruption then 1,549 people died, About 1,700 homes were destroyed, about 225,000 lost their livelihoods, and about 100,000 people had to be evacuated from the danger zone. A total of 200 people were killed by the aftermath of a lava flood that destroyed the village on the southern slopes of Mount Agung. 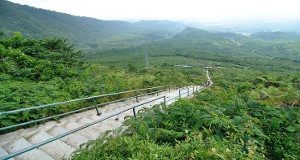 Mount Galunggung is a volcano with an altitude of 2,367 meters above sea level, located about 18 km from downtown Tasikmalaya. To reach the top of Galunggung, the local people built a stairway that has 620 steps. Mount Galunggung eruption occurred on 8-12 October 1982.

The most recent eruption occurred in July 1882. The eruption of this mountain accompanied by lightning and produce very hot reddish sand rain. It also produces fine ash, hot clouds caused by lava. This eruption has killed around 4,011 people and destroyed 144 villages. 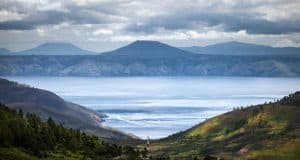 Mount Toba is classified as Supervolcano. This is because Mount Toba has a large magma pouch that if it erupts created a huge crater. The average Volcano from other mountain produces hundreds of meters of the crater, while Supervolcano like Toba can produce tens of kilometers.

About 73 thousand years ago, this Toba volcano erupted and the eruption is enormous, even almost eliminated human civilization. The eruption is larger than the eruption of Krakatoa. After the eruption, Mount Toba became a dead mountain and is under the area of North Sumatra 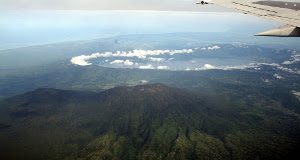 The Maninjau Caldera formed by volcanic eruptions is estimated to occur some 52,000 years ago. Deposits of the eruptions have been detected in distributions surrounding Maninjau which reaches up to 70 km to the east, 90 km to the southeast, and east to this coast.

Maninjau Lake is a crater of a big volcanic eruption that distributes nearly 400 km of toxic material. The caldera is formed by the eruption of Strato composite volcanoes that develop in the tectonic zone of the Great Sumatran Fault system called Mount Sitinjau 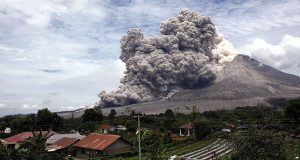 Sinabung Mountain located in Tanah Karo Regency, North Sumatera has erupted on Sunday, September 29, 2012. All residents around the foot of Mount Sinabung are also reported to have been evacuated to Kabanjahe town.

In addition to family members, the public is also reportedly trying to bring some of their belongings for safekeeping. Previously Mount Sinabung which has a height of 2460 meters above sea level began to show its activity by spewing black smoke in the morning causing alarm for many residents there 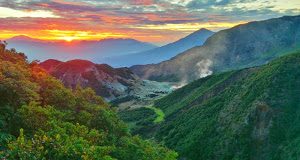 On March 11, 1923, there were at least 7 eruptions in New Crater and preceded by an earthquake centered in Cisurupan. On January 25, 1924, the temperature of Mas crater increased from 400 degrees Celsius to 600 degrees Celsius as mud and rock eruption takes place in Mas crater 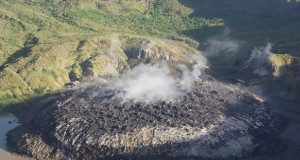 Mount Awu is a mountain with a type of stratovolcano located in the Sangihe Islands. Big eruptions occurred in the years 1711, 1812, 1856, 1892 and 1966 which caused more than 8000 people died from the eruption of Awu mountain.

The Awu Mountain is one of 129 volcanoes on the archipelago ring track on the Indo-Australian, Pacific or Eurasian plate. Awu in Sangihe means ash so it is understood by the people of Sangihe that the mountain of the current Awu is only a remnant of the Mount Awu in the past who once presented deadly catastrophes. 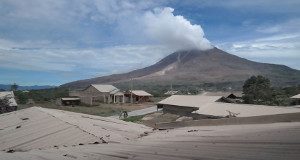 Colo is a cone volcano in Indonesia. This mountain is located on a small island in the middle of Tomini Bay, northern Sulawesi. Colo Mountain is a solitary volcano in the Gulf of Tomini and is away from the subduction zone.

This volcano is in the mainland of North Sulawesi which is the product of subduction. Colo volcano is a volcano formed by plate subduction process and it last erupted in July to December 1983 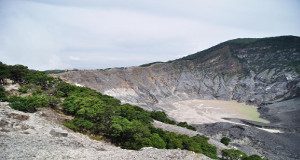 Mount Tangkuban Perahu is one of the mountains located in West Java Province, Indonesia. Approximately 30 km to the north of Bandung City, with big trees and fields of tea gardens in the vicinity, Mount Tangkuban Perahu has a height of 3,084 meters. The shape of this mountain is Stratovolcano with an eruption center that moves from east to west. 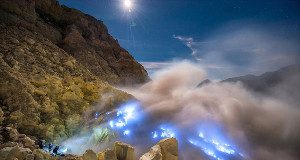 Mount Ijen is an active volcano located on the border between Banyuwangi and Bondowoso districts, East Java, Indonesia. This mountain has an altitude of 3.344 meters above sea level and is located side by side with Mount Merapi. Mount Ijen last erupted in 1999. One of the most famous natural phenomena of Mount Ijen is the crater located at its peak.

To climb to this mountain then you can start from Banyuwangi and continue to Bondowoso. The mountain has the last eruption occurred in 1999 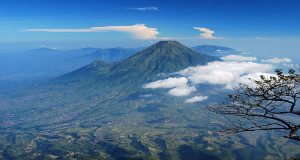 Mount Slamet (3,428 meters above sea level) is a cone volcano located on the island of Java, Indonesia. In March 2014, Mount Slamet shows increased activities and status to was elevated to “Beware”. Based on the government data, the volcanic activity of Mount Slamet is still fluctuating. Mount Slamet is the highest mountain in Central Java and the second highest in Java after Mount Semeru. Crater IV is the last crater that is still active until now, and last active until the level of standby mid-2009. This mountain last eruption is in 1999 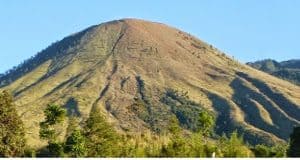 Mount Guntur is a stratovolcano-type volcano located in Sirnajaya, Tarogong Kaler, Garut regency, West Java, and has a height of 2249 meters above sea level. Mount Guntur was once the most active volcano on the island of Java in the decade of the 1800s. However, since then the activity has decreased. The eruption is generally accompanied by melting lava, spewing large rocks and other material objects.

The many mountains located in Indonesia can be both a blessing and also a curse. A blessing is of course many flora and fauna can be found scattered along the mountainside while the curse is because the imminent eruption that’s sure to bring disaster to many people living there. But this is just a fact that many people in Indonesia have to contend with and try to live alongside their rapturous nature.

Top 17 Festival in Lombok You Must Know