Scouting in Indonesia – History and Activities 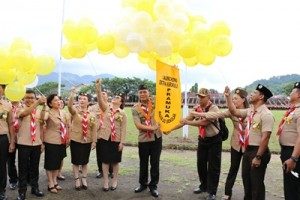 Its founded in 1961 by Sri Sultan Hamengkubuwono IX, and in 2011 Gerakan Pramuka Indonesia became the world’s largest scout association in the world with members of about 17 million.

As well as family education that is wrapped as an interesting, fun, healthy, arranged, focused, and practical activities that may be done in nature as an outdoor activity.

Every activity is performed according to the Scouting Basic Principal (Prinsip Dasar Kepramukaan) and Scouting Method (Metode Kepramukaan). The final goal of these activities is the formation of character, morals, and noble character of young people in Indonesia. We also must know that scouting in Indonesia was built as an education system that was adjusted with the interests and development of society and the nation of Indonesia. 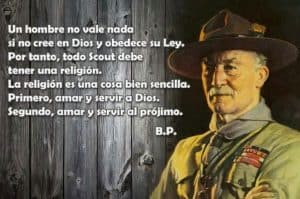 Firstly, scouting was developed by Lord Baden Powell in England to educate young people that involved in crime and violence.

He educated 21 young people in 1907 intensively for 8 days and showed a good result. This successful story was written in a book called “Scouting for Boy”.

This book then inspired people from all around the world includes Indonesia. Some scouting organizations started to establish in 1950 until 1960, and these organizations were affiliated with political parties or social groups.

However unfortunately, these organizations did not have a same vision to support national development as well as youth development that may continue national unity.

Gerakan Pramuka was officially introduced to public on August 14, 1961; this day then is celebrated as Pramuka day to honor the organization’s first public parade. Gerakan Pramuka was developed according to basic foundations below:

Besides, Gerakan Pramuka Indonesia has vision and mission that act as the foundation of this association. The vision of Gerakan Pramuka is:
[box title=”” align=”center”]“To realize a scout that is relevant to the needs of young people to make a change”. (Scout change)[/box]
And the mission of Gerakan Pramuka is:
[box title=”” align=”center”]“Directing and make young people as the key subject of Pramuka that are innovative, relevant, that creates and mobilize the change of nation, country, and Indonesian people in 21th century according to the sacred mission of Indonesian Scout Movement”.[/box] 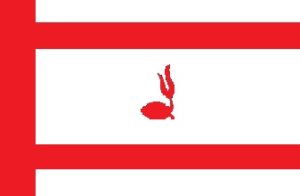 The flag of Gerakan Pramuka is using the sprouting coconut seed as the logo. The philosophy of this emblem is because coconut is a common native Indonesian plant and all parts of this plant are used in Indonesian everyday life.

It symbolizes that a true scout must make him or herself useful in all aspects of life. The seed form also represents the growing spirit, physical toughness, adaptability, and high aspiration of the Scout.

The flag has red stripe which is a symbol as the base for adding the name of the Indonesian scout’s units.

So, when the flag is assigned to a particular unit, there will be the name / number of the unit in the red vertical shape.

In its implementation,  Gerakan Pramuka Indonesia is performed by an interactive education through some activites as described below:

Gerakan Pramuka incorporates both boys and girls and it is divided in 2 major educational groups; the member section and the adult section. The member section is then divided in further age-groups with different educational system, while the adult section provides the leaders and supports the younger members. The age-groups in Gerakan Pramuka are:

The latest award that has been achieved is Friendship Award from National Scout Organization of Thailand in 2016. Moreover, Gerakan Pramuka Indonesia has collaboration with American Boy Scouts in Jakarta and Balikpapan which are linked to the Direct Service branch of the Boys Scouts of America and supports units around the world.

At first, they maybe do not have a good character, but everybody can change and Gerakan Pramuka may be an answer to change people. Young people is trained and educated so they will be involved to improve Indonesia to be a better nation.

This is the story of Scouting in Indonesia. There are many scout organization around the world, and in my opinion Indonesia has the most unique scout organization in the world. Knowing Gerakan Pramuka Indonesia is an additional knowledge for us to know Indonesia more. We will also discover the other uniqueness of Indonesia through this blog. Please look forward for our next article about Indonesia’s fact.

10 Reasons Why is Indonesia Important to the World