It’s some kind of problem to us the Indonesian people, and the government who must fill the need of the people by filling the rice supply with the imported one that will cost a lot of money. We as Indonesian people must seek another alternative beside the rice that can be used for our main crops and carbo source. 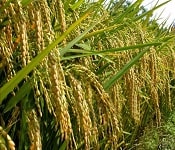 At first, or course we want to tell you about our famous main product, the rice. Rice is a friend for Indonesian people. And we are famous for our habit to not be filled with anything yet if we haven’t eat any single rice in a day.

It’s like the core of energy for the day. The carbohydrate contains inside the rice is also the highest amongs the other crops we want to introduce to you below. That’s why it’s so important that people built much wider area of rice fields in order to fulfill the needs of the people in a region. And hopefully it’ll be succeed. 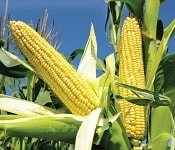 The next thing you should notice about Indonesia is its large and wide area of crops. Usually the crops will filled with rice plantation, and also this one, the corn. Beside eating it raw, or fry it, we usually will added it with some rice to create one of the best combiation of rice and corn, called Nasi Jagung.

Nasi Jagung can also be agreat alternative to save more rice in the end of the month. But, if you thinking that this way is more complicated, then you can consume the corn in the way you wanted. You can make it to be pop corn snack, or the other foods you want. 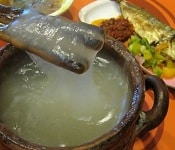 For the third crops, it’s basically can be commonly found in the area of Papua and around it. People usually hunt for the Sago tree and then start to use it to be the main composition of a meal. It’s like a rice, but not has a form of a rice at all.

It’s a bit more like stickish to our hands. And can ba eat with a stick or maybe some chop stick. It’ll be a hard process to eat it with a spoon though. That’s why you should use at least a single stik or maybe double stick to finally able to consume it. 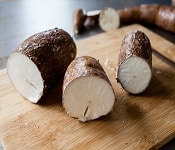 As a main crop in Indonesia, in here, the people in the villages usually plant this kind of crops in their own garden. Beside can be used with rice, they can also east it with some proper cooking method, like baking them.

One can easily cook this Cassava with an oven or another tool to make the baked version of cassava. The taste is really good, even though there’s no sweet inside. You can also fry them to get the fried cassava which basically everyone’s favorite. 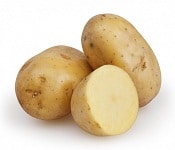 Talking about the next crop, Indonesia also has one of the famous crops, which is Potato. Indonesia also has a huge supply of it, that’s why you can find so many foreign snack makers in Indonesia, and then the products will be sold in some convenience stores every where.

Potato for the Indonesian people, is the side ingredient of making kinds of dish, especially the ones that included some vegetables in it. There’s a dish called Sayur Kentang, which is useing the main ingredient of Potatoes. But beside that, you can also make some snack out of it, like the french fries, and combined it with some sauce would be great. 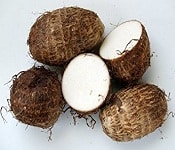 Some people, even in Indonesia maybe wouldn’t recognize this as the thing that can be used as an alternative to the important product of our country, rice. If you look from the ground, you can find the Taro leaves, that usually can be used as the additional ingredient from any other sup.

But if you dig the ground, you can find its root that contains a hand size of it that can be used to eat. You can crunch it into some pieces or just eat them after taking some more time to bake them first. And then, you can eat it while having the additional topings like chicken meat, fish meat, or anything you want. 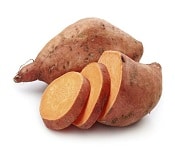 Based on what Indonesian people like, they will mostly gather to the nearest small stalls that called as Warung Kopi (Coffee Shop) to get some of the fries. And yet, the people’s favorite beside the fried cassava, fried tempeh or fried tahu is this sweet potato.

Even though you can eat them just like they natual way, eating them raw after picking it, you an make it more better by frying it or just bake it for a while. Usually some people will only eat this one with the tea or coffee before going to work. But the smell you willget after eating it, will be very much noticable. 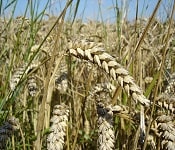 And then we have the wheat as the main crops in Indonesia. In this country, you can find so many cake stores that really demand a wheat flour from the factories. That’s why, on your way the city, if you’re going from the nearest region you can see some of the wheat fields.

Even though the number is not as much as the rice, but the use of it is really important for many bread factories in Indonesia. Remembering the Indonesian people, especially the ones with decent economy start switching to eat bread everyday, the demand od it keep increasing from year to year.

One thing that also belonged as one member of tuber groups is the traditional plantation called Ganyong. People usually plant this in the vilage, sadly you can’t find the same condition in the city. Beside the Cassava, this Ganyong contains a lot of Pati.

It’s very noticable with its green and red big leaves, and then if you see more deeper, you can find the root of it that has the red and purple colour. You can bring them home and then cut it into half. And from there you can process it into some meals or snacks. 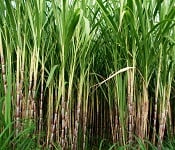 So many inventors came in Indonesia to growing their industries, and one of them is the sugar. So many international industries came to Indonesia to plant their funds for the plantation of the sugar cane in some certain fields.

But, way before that, Indonesian people also start to plant this crop, even though mainly they use it for the daily use not for some commercial things. Also, the kdis usually stole some of the sugar canes and then cut them with knife, and then just sip the sugar inside it, by either sipping or biting the cane.

Of course, to complete the list of 15 main crops in Indonesia, we must serve you with our best small list that contains about 5 of them. You can see them all below :

So that’s our list of the main crops in Indonesia. The Indonesian people must conserve them, at least in their backyard to fulfill the needs, beside using the rice. Even though the rice is really important, but remembering its suply keep dropping through years because of the high population Indonesia has, we must at least reserve the rice for the future. It’s really sad thing if the rice finally becomes a rare thing to collect.

10 Types of Accomodation in Bali