Talking about food again are we? Food is one interesting life aspect. It can be sued to restore our strength and to be creative. People can always make something new from the food by the additional ingredients or the cooking techniques.

Completed with rich of source, one can make very delicious foods. In Indonesia, you can find so many of them, many unique and affordable traditional foods that always becoming everyone favorites then and now. That works no only for locals, but also fo foreigners. If you curious about them, you can see our writings below about the traditional meals in Indonesia. Maybe you can make one of them home. 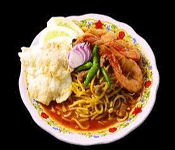 The first one is the Noodle originated in the area of Aceh, Sumatra called Aceh Noodle. Aceh Noodle or with familir name Mie Aceh is the traditional food that came from the westers side of Indonesia that has such a unique flavor.

Nit using the ordinary noodle. Mie Aceh used this kind of thin noodle, so people can swallow them easier. The plain noodle shouldn’t work without the addition of meats, either they are cows or goats plus the Kari Soup that can make the taste more stronger. 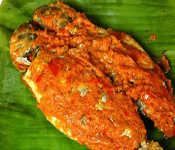 Next from there is Pendap. For you who don’t know what Pendap actually is, it’s the traditional meal of an area in Indonesia called Bengkulu. Usually this one always used for the souvenirs, brought by the tourists for the people back home.

Becasue of that, you can find so many of this Pendap in some restaurants or souvenir shops who sell the unique things of Bengkulu including this one. People in Bengkulu also serve Pendaps during Eid, it’s pretty easy to make and loved by everyone. 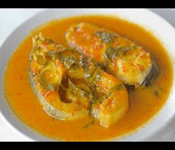 In Indonesia, there’s one traditional food called Gulai or Gule. This Gule has so many varieties, that usually based on the main ingredients. That’s why, in Indonesia you can find some kinds of it like Gulai ayam (Chicken Gulai), Gulai Sapi (Cow Gulai), and also Gulai Kambing (Goat).

There’s also another kind of Gulai, The Ikan Patin Gulai. This Gulai is basically made of the catefish flesh, and then added with the additional ingredients like tempoyak, which is fermented durian flesh. Some people prefer to use coconut milk in order to swicth the strong aroma and flavor from tem poyak. 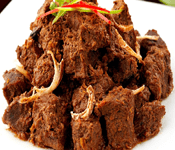 Well, well, of course the name of Rendang is not strange thing anymore to our ears. Because of so many people talked about it, especially by seeing some good reviews made by outstanding chefs around the world, the name of Rendang keeps becoming a trend.

In Indonesia, you can get it so easily by visiting one of those Padang restauranst, which is exist in large numbers, even in one small city. And also don’t forget the cost, it’s way more cheaper than its taste. It’s much much worth it. 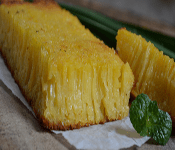 Bika is a snack that usually be good if eaten with the additional stuff like cookies or some tea. It’s not the thing that you should eat with rice, because in the other way it has the sweet flavor which is not suitable for the rice.

This one snack is came from the land of Medan, North Sumatra. It’s always been best selling items on seouvenir stores in Sumatra. To make you, one only needs some basic ingredients like egg, sugar, and also one Pandan leaf. 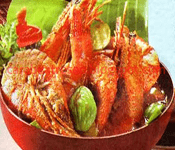 Next kind of Gulai is this Gulai Balacan. What is the difference between this Gulai and the other Gulais in Indonesia? First, is the basic ingredient. They use this Balacan, which is like a soup and then combined with Terasi.

Almost the same actually with the Gulai Balacan, this Gulai used some sea foods, but also added with other kinds of meat like cow meats, and also chicken. The soup itself is really great, and the meats are always spoiling. 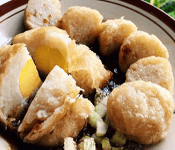 This Pempek Palembang is the traditional food or maybe you can prefer as snack that originated in of course, Palembang city of South Sumatra. Now, everyone in Indonesia knows about the name of Pempek Palembang.

Basically it’s only made based on two things, the sagu and fish  that used as coverage, and egg as inner side. You can get one easily by buy them at one of the street vendors in Indonesia,who can sell you one plastic of Pempek with affordable price. 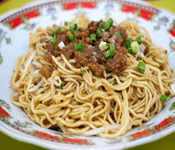 Beside Aceh noodle, Indonesia also has another kind of noodle called Bangka Noodle. This noodle that came from Bangka land made from the yellow wet noodle, which is so special, and then added with the soup with spices in it.

The soup contains a lot of things like Fish, Shrimp, and some other seafoods like crabs. Usually, the chef will add some additional things like crackersor something, and it always been served hot, so people can enjoy the hot and tasty soup first. 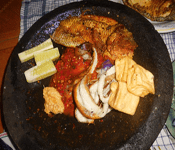 This food called Seruit is maybe more like Lalapan in Java, but use fish meat rather than the chicken, and tempe. The fishes that used in Seruit are basiclaly the big ones like Belide, Bayung, Layis fish, and the other that have big size.

Also, the fish which is alreay fried first will be added with some chillis and the additional things like tofu, and cutted cucumber to make it tastier. This one is really suitable for the rainy seasons, because the warmth that came from this food can make your body more well. 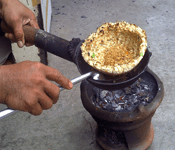 For the snack in the Java island, we have the famous Kerak Telor. A snack, that can easily get, one that can give you nutrition is Kerak Telor. Fact here, the Kerak Telor itself is actually the acculturation between Indonesian and Portuguese culture.

Now, everyone can enjoy that “culture”. Many said that, the Kerak Telor in Jakarta is way more tastier than in the other areas. Well, maybe because in Jakarta, they add some additional toppings to like vegetables, etc. 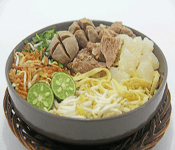 Many said that Kocok Noodle and Bakso noodle have some similarities. But here’s the fact for you. The soup in Kocok Noodle is basically more thicker because contains mush spices that can not be found in Bakso noodle.

And in Bakso, you usually find stuff like the round noodle, and then green vegetables, and also the meatball itself. Different from that, Kocok noodle has the thin noodle and then added with tauge, and also kikil. 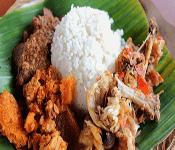 And for the 12th food on our list of traditional meals in Indonesia, here is Gudeg. Gudeg is one traditional meal from Yogyakarta. The Yogyakarta city itself even famous as The City of Gudeg. If you look at the picture there, it looks so great.

Many say that the Gudeg in Yogyakarta is really different form Gudeg in other areas. The thing is, the people in Yogyakarta make Gudeg more sweet, but yet very delicious. With that sweet flavor, it must be one of the unique foods in Indonesia.

Aside from the 12 information about the traditional meals in Indonesia, we want to give you the other meals that can be considered as a very delicious foods that you must and you should try. So let’s start with the first meal. In some of the foods mentioned below, there are two types of Chicken, Taliwang and also Betutu. Beside that, you can also find foods with similar names cush as Soto Madura, Soto Banjar, and also Soto Rawon.

So that is the topic for today about the traditional meals in Indonesia. What do you think of them? Are they inviting enough? Or Which one you want to try? You can answer all of the questions above via your own experience of visiting Indonesia next time.

The taste of foods should be tasted by your own tongue, not by the reviews on the internet, or via watching the other eats it while you only see them on monitor. Maybe for the next time, you can grab the opportunity for going to Indonesia, to able to do culinary journey in here, the perfect one.