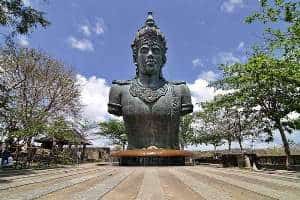 A stone arts is a three-dimensional object of human works which is acknowledged specifically as a work of art. A statue is an artificial body of a form whose way of making is carved because the sculptors of antiquity used a lot of sculpting techniques. The sculpture is called plastic art. It means plastic because it’s easily shaped. The sculpture is defined as an art form, meaning a form that has beauty.

Sculpture as a plastic art has a broad understanding because that made with any shape is also called a statue. The purpose of creating this kind of art is to produce works of art that can last as long as possible. Therefore, sculptures are usually made using durable and often expensive materials, especially of bronze and stone such as marble, limestone, and granite. 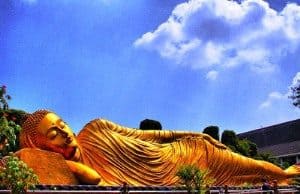 In ancient time, statues were made for religious purposes, for example in Ancient Egypt, people make statues to worship. In the Hindu and Buddhist, era people also made sculptures to honor the gods or the special ones. Further development of the statue is made for the sake of the monument, which is to commemorate the event or greatness of a nation. Today the statue is not made to be worshiped but act as an ornament

Sculpture in Indonesia is closely related to the development of art. Historically, the Indonesian people recognize the art of carving around the year 1500 SM, or in the stone age (Neolithic). Indonesian ancestors made carvings on stone axes, forging clay and other materials with very simple motifs and workmanship.

The materials used are clay, stone, wood, bamboo, leather, and animal horns. Motives are still geometrically shaped lines, dots, and arches. Carving art began to develop in the bronze age in the year 500 to 300 BC and they already used bronze, gold, and silver. They are even familiar with casting techniques and have varied motives.

The development of sculpture in Indonesia began to grow rapidly after the entry of Hinduism, Buddhism, and Islam. At that time, as a tribute to the King, they then made carvings on the temples and inscriptions. In fact, carvings are also found on Kris and spear, tombstones, and art tools (gamelan and wayang). These motives also often tell the story of gods and heroes. When the art of carving combined with the golden age, then people recognize the art of sculpture so they started thinking to create something more beautiful and fascinating again. Not just carving, but also make a unique shape.

B. Best Place for Carving 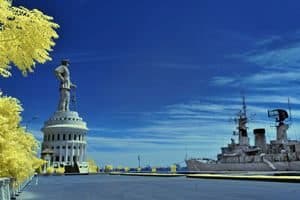 The best place for carving is Jepara that’s known as a Carving City, in ancient times when the era of the Kalinyamat kingdom led by Sultan Hadlirin, the adoptive father of Sultan Hadlirin who came from China, taught his sculpture knowledge to the citizens in Jepara City, therefore Jepara citizens until now are an experts in the field of sculpting and carving. From it, then all the City of Jepara is nicknamed, the carving city.

There is also another example of the best place for carving such as on stone carvings Pajajaran motifs, Majapahit, Mataram, Pekalongan, Bali, Jepara, Madura, Cirebon, Surakarta, Yogyakarta, and various motifs from outside Java.

With the development of modern sculpture art, the result of the created works is increasingly diverse, using both materials and techniques used. The type of stone art is divided by 4 ways and will be explained below

1. Based on the shape, the artwork of the statues is divided into two groups, namely Figurative and Non-figuratively.

2. Based on its type, the artwork of the statues is divided into two groups, namely Zonde Bosse and Relief

3. Based on its style, when viewed from the manifestation of modern sculpture art, then it can be divided into 3 shades:

4. Based on the function of art work then the statue is divided into 6 types, namely

D. How to carving

Techniques for making carving using materials from clay or by mold can also use materials from stone, for example, making sculptures of stone with sculpting techniques. Below will be explained some of the technique used in carving.

E. The Development of Sculpture 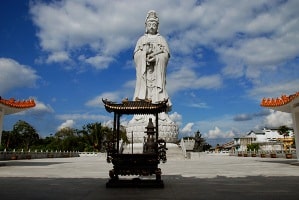 The art of sculpture has been progressing rapidly. Initially, the function of the sculpture is only for magical and ritual. However, now the statue only serves as decoration. This phenomenon is an art known by various communities in the archipelago. It Seen from the number of sculptures with carving motifs that give distinctive features of the art from each region.

Sculpture in Indonesia is an art created with its own function. For example, in Bali, the statue is used to pray differently from other regions. The sculpture is also widely used as a monument that captures important events or honors famous characters, especially freedom fighters.

On the other hand, the birth of Indonesian modern sculpture was initiated by artists (such as Hendra Gunawan, Trubus, Edhi Soenarso, etc.) who made sculptural stone from volcanic debris in Yogyakarta. Various figurative statues that some still exist in the courtyard of the building of Yogyakarta Palace.

Unfortunately, since the emergence of modern Indonesian art as early as the 20th century, the art of sculpture began to be underestimated. Their existence lost to popularity with painting. Moreover, when contemporary art in Indonesia began to grow. Sculptures are then neglected. In fact, the development of contemporary art in Indonesia is also due to the role of sculpture. In 1977, an exhibition entitled “Indonesian Contemporary Sculpture Exhibition” was held. It is the first time that the word “contemporary” has been used and has become popular until now.

It would be a shame if the art of sculpture which is one of the roots of art in Indonesia was extinct by today’s time due to negligence.

For increase your knowledge about Stone Arts of Indonesia, here some footage which may help you better to understand.

The stone art is a unique knowledge that certain people can only master because it requires creativity, and also perseverance and the supporting environment. Thus preserving the sculpture that was made by artists need to be appreciated and the knowledge needs to be passed down for another generation so as to increase its influence and symbolism throughout Indonesia province.