Beside having some of the great attractions and cultures, Indonesia also has several unique products that you can only get exclusively from this very country. Even though you can import them yourself, the price in the country will be much cheaper, way cheaper.

So, if you visiting Indonesia right now, you should know what the things you must get before you leaving to your country. And here we provide the 17 famous products in Indonesia on the list we created below : 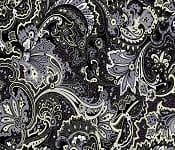 The most famous product of Indonesia in our list is of course, the Batik. Even though there was a controversy behind the Batik because of claim, finally Batik is inaugurated as one of the Indonesian heritages by the authority of UNESCO.

With so many kind of motives, you can pcik your favorite one by the colours or by the wonderful motives it has. Even some of them were born in different ways, either printed or hand made by using some kinf of tool called Canting. You can also try one of them though, it wouldn’t hurt. 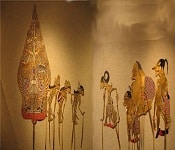 Different from the other puppets out there, which usually have the 3D model, the puppets in Indonesia are made in 2D. They made out of the high quality leather that usually hard to be processed. That’s why some of the best Wayangs have expensive price.

But other than that, there’s Wayang that made of a thick papper, that has the less quality than those. Sometimes there will be a Wayang Show in your area, conduted by a man called Dalang or Puppter Master. Usually the show will last all night long. So be sure to prepare your eyes for that. 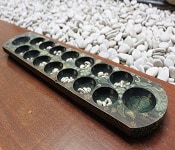 During early ages, we were playing some of the traditional games to make our day less boring. Not like this modern time, when the kids only play some games on their console most of the time, children in the old days wold like toplay the outdoor games that have zero cost whatsoever.

There are many games to be played to be honest, like Bekel, Petak Umpet, and also this one, Congklak. Congklak is usually played by the girls, beside their cooking play time. Even though you’re a man, you can be an expert of this game. But, the price of this legendary toy is much higher these days. 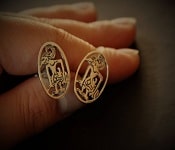 If you want to look for the good silver carfts of Indonesia, you can specifically visit the area of Central Java. From there, you can go to the famous Yogyakarta city to visit one of its districts called Kotagede. There is the place, the best spot to look for Indonesian silver crafts. 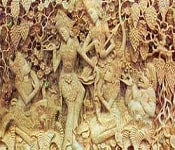 Another good souvenir from the city of Yogyakarta is the Wood Carvings. In here, the use the spare woods to be processed to some kind of tools, equipments or accessories, like watch, benches, and wall clock. Some of them also processed o become a high quality arts.

Even though the based ingredient is quite simple, they can convert the unused woods to become a high quality products that loved by so many people. You can get the things exclusively in here, so be sure to prepare some spare time to visit it. 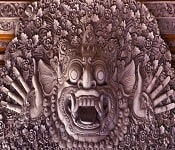 Another form of a carving that came from Indonesia is the Stones Carvings. In the old age, some of th stone carvings are used to build temples in several kingdoms. Even you can see them now in some famous temples in Indonesia like Prambanan or Borobudur.

The stone carvings can produce some kind of unique reliques and also several  specil architectures. But, the thing you can get in these days is the small stone carvings that have the form of masks, small reliques, and such. 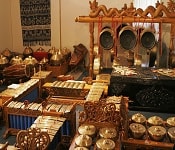 One of the famous musical instruments in Indonesia is Gamelan. Gamelan is usually used in some areas in Java like East or Central Java. A set of Gemelan contains a lot of musical instrument like Gendang, Gong, and also the bamboo flute.

To get one of them, you should visit the sovenir stores that available in some regencies, especially Yogyakarta city. There you can find a set of Gamelan that sold by the seller or maybe just one of the instruments. You need to prepare a bit of money though. 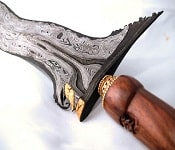 In Indonesia, you can find so many traditional weapons. The things like Mandau and Clurit are mainly introduced in some action movies. But, the weapon like Keris is not so famously known by the foreign people. Keris has different functionality now, it can be used as a collection, a weapon, or to be a magical object.

Many people in Indoneisa use the Keris to be the magical objec mostly, fused with some kind of magic to make themself rich, or whatever the thing they always wanted. But Keris that usually sold in some souvenir shops are somewhat free of magic, so they are safe to bring every where. You can get one for about 1 million rupihs or more, based on the quality. 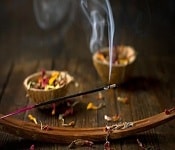 You can free your room from the bad smells, or you can just haveon relaxation time per day by having some of the Indonesian Aromatherapic Incense. Just a single stick of incense can be a great relaxation for the rest of the day.

Of course, the famous place to find many kinds of Indonesian Aromatherapic Incense is in the heavenly island of Bali. You can easily find a pack in the market called Sukowati Market. There you should find one that you prefer. 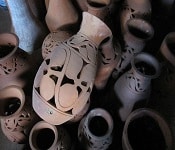 Also of all that things you can get, another one to notice is this Indonesian Traditional Pottery. The quality is a top notch, even in the international market. Some of them have been exported to some countries like Malaysia, Singapure, and Japan.

Again, the famous place to find the high quality pottery in Indonesia is in the city of Yogyakarta. You can buy some of them in the form of plates and such. You can even get the lowest price possible by making them yourself in their store.

Here’s another small list of the famous products in Indonesia, some of them is unpredictable to be the Indonesian product, not the foreigns.

And that’s our simplelist of the famous products in Indonesia, and  all of them are locally made nd not imported from other countries. The famous brands above also some of the Indonesian famous products, even so some people refer them as the foreign products because they don’t know the fact that those products are made in local areas and published for Indonesia thoroughly. But, the exclusive thingies like Batik, Blangkon, and such are the things you should get. It’s absolutely worth it.

20 Recreational Activities in Jakarta You can Enjoy

10 Most Famous Tribes in Indonesia