Gamelan firstly found in the relief in Borobudur temple, which isne of the biggest Buddha temple in Indonesia. In there, the Gingwas existed first than the other instruments. There was the big one first, single form of a gong that on played by hitting it. After going throguh some delopments, the Gamelan now completed with smaller gongs that accompany the big.

At first, people still don’t know a single thing about what Gamelan is, and they thought that Gamelan was created b God Himself. It’s know that their God rest at the Mount Mahendra or now with the name of Lawu. Also, Gamelan Java is realy poplar during the years of Majapahi Kingdom. And then, it’s started spreading from Java island the other islands in Indonesia.

Talking about the musical instruments of a Gamelan Orchestra, usually there willbe a set of instruments that consist about 10 of them. Now, let us tell yo al of those ten starting from the bumber one : 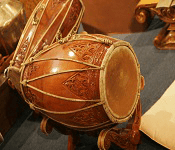 The first one, and yet the famous instrument is  Kendang. This instrument came later than the first Gong. Used as the instrument to arrange the flow or the tempo of play. One can make the tempo faster and slower by hitting the Kendang either slow or fast.

Not only for the Gamelan orchestra, Kendang can also be usedfor another type of music, like dangdut. Even though in Dangdut, Kendang is the main instrument that must be use to make thedangdut music more lively. 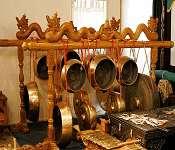 And the first instrument of all, is the Gong. Like mentioned in the brief explanation above, youa see  yourself that the big gong was mentioned in a relief in the Borobudur Temple. And that’s enough fact to prove that the gong was the first.

In the Gamelan orchestra theusage of Gong is really important, to ends the Gatra and also the start sign and the ending sign for the Gendhing. While in some areas in Indonesia, gong usually used for many ceremonies, wedding, and also other purposes. 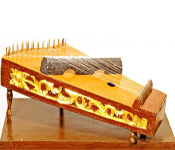 And the next instrument is the Siter. It made frm the high skill crafting from the instrument makers that can be commonly found in the area of  Central and East Java. It has an unique sound to strengthen the rhytm of Gamelan.

The userof this Siter must now the rhytm of a Gamelan play, because if doesn’t, one Siteran destroy the rhytym and break the show. It also has some strings for the selendro and pelog note. The best Siter always mad with the size of 30cm. 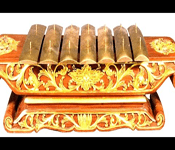 One set of Gamelan usually contains four Sarons. If you don’t know yet, Saronalso incld in the family instruments of Balungan. For its notes, Saron can produce a sound t 1 octaf higher than the otehr instruments called Demung.

Based on the size, there are three types of Saron. First, is Demung the lowest sound that created from it can be heard. And then Saron Barung, which has the middle octaf of sound, and also the lasone that called Saron Penerus, that has the most high octaf of them all. 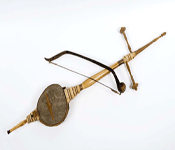 The next instrument is the Rebab, that can be used likeeh way we usually use the other musical instrument, the violin. The Rebab also completed with a tool to make the sounds come out of it. And in the middle of it, there’s a little hole.

The function of it is really important. Usually, Rebab is used inorder to open the performance, and then just go with the flow. It can also be considered as the leader of the music, because it’s placed first in all performances. 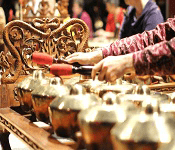 Bonang is like small little gongs that placed on a wooden self and held together by some ropes. It used as the accompaniment and yet to make the tempo more slower or faster. Maybe some of you already notice another instrument that has the same function.

But,based on its function, we can divide this Bonang into two types. The first one is Bonang Barung, which is the leader of the Gending, an opening sign for Gendhing. And then there’s the Bonang Penerus, that has the function ofilling the harmony of the first Bonang. 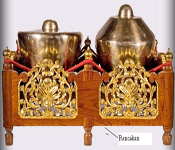 Just the same like Rebab and the other instruments, the Kethuk Kempyang also has its vantages to play and arrange the rythme based on the song speed on every performance. This instrument has the size and form like Kenong.

Also, Kethuk Kempyang has more bigger size than Bonang, and of course smaller then the big gong. Also, it sounded almost the same like the other instruments we mentioned above, especially for the Bonang and others, because it was made with the same composition. 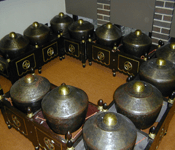 At the number eight, we want to introduce you to the next traditional instrument of Gamelan orchestra with the name of Kenong. The Kenong has the function to make the make the rhythm more clear and sound.

Also beside that, the Keong can als be used to arrange the border of Gatra on each performance. Looks almost the same like the instrument above, this instrument has the slighty bigger size than Bonang instrument. 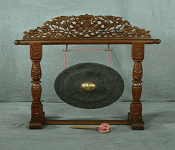 The next instrument we want to talk about is the Kempul. Kempul is one set of instruments in Gamelan orchestra that look like gong. It can also produce more higher sound than the lower sound of a gong.

It also looks more smaller than the ordinaery gong, but if you put them together in one line, you can almost see no difference between them. Kempul also usually used to fill tehe acor during performances that held. 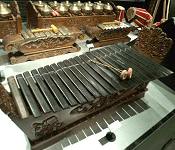 And then our last instrument on the Gamelan Orchestra is the Gambang. This one is the fastest intrument that must be played in a full speed by the players. You can see for yourself that this instrument is mainl made from woods.

Use for the resonator of a song in one Gamelan orchestra. And to make it safer to play, the makers of it add the thing called gerobogan which is basicaly the resonator of Gambang. The sounds of it is really beautiful, especially when played in a fast speed.

And those ten musical instruments of Gamelan Orchestra covered our meeting for today to introducing to you about one of the Indonesia richness. The Orchestra still demanded by all people in Indonesia, and usually they will order them as an additional accompaniment in the holy ceremony of wedding.

The interesting this is, the young tenagers also start to maintaining this kind of traditional music by performing them during some events either in their school or outside. It’s also a Gamelan orchestra school club in some of the schools in Indonesia, especially the Java island. That’s a good way to keep our heritage to be maintained well by the future generations.

14 What to Experiences in Indonesia