A treasure is what a person looking for. It’s shining beauty and unlimited value of it is hipnotizing everyone to get it. But, in these kind of modern years, the things like hidden treasure is slowly being forgotten in the name of walth and technology.

But, not stopping there, the nature gave us a lot of hidden treasure that can be foud if we start looking for them. As the starter, you can visit Indonesia that has so many hidden treasures provided by the mother nature. These places are so famous in the eyes of adventurers and also tourists. So, if you’re the one who want to seek some of Indonesian natural treasure, better start looking at this list provided by us below: 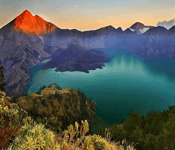 The first natural “treasure” that you should see is this mount Rinjani. This spectacular mountain located in the eastern Indonesia, precisely in West Nusa Tenggara. Well, you need some effort to go there, especially preparing some budget to cross the ocean to the region of Nusa Tenggara itself. Also the other thing is, you need to take a little bit extreme road to finally can reach the mountain of Rinjani.

There’s a myth here and there plus the additional stories about this mountain. But beside that fact, you can be spoiled with a gorgeous view of it. Especially during August, when the wheater commonly have a sunny day. 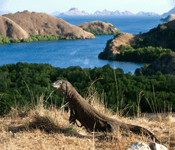 Second one is everyone’s favorite. The one island in this world that inhabited wth this special creature, the Komod Dragon. Dragon is a myth in the european stories. But seeing this little and deadly dragon still exist, it will blow your mind.

Seeing them in the pictures, compare to seeing them directly in fronf of you is one whole different experience. You can feel the danger lurking the animals that ready to hunt you down if you passing their territory or being to close to them. The important thing is, follow the guidance from the man who lead your group trekking accross the Komodo Island. 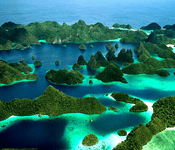 Next one is the place that has many names. Indonesian jewel, the world’s heaven, and many other calls. The spot is called Raja Ampat, maybe some of you already know where it is. Located in the island of Papua, the place is getting its fame mostly from the foreign tourists.

Because of the exotic view and uncommon landscape, the Raja Ampat started to become a must place to go for either the diver or traveler. And they’re not lying. If you want to feel the exact wonderful moment, feel free to visit it. 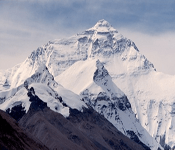 This place or spot is also located in Papuas island, located far away above the ground. It’s the peak of the Papua mountai, also having the same name, that has some snow on it. It’s really interestng actually.

The fact that it’s the only place in Indonesia that contains snow         is amazing. Climbing here is very dangerous, so for you beginners in hiking, it’s not recommended to even climb the mountain, because the situation in there can change in such a fast speed. It requires an advanced skill of hiking to be able to survive up there. 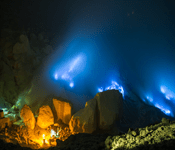 Of course, we also want to tell you about another mountain that included on the list of famous montains in Indonesia, called Ijen Crater. It’s in East Java, the eastern province of Java island. There are many benefist you’ll get from climbing the crater of Ijen mountain.

First, the famous blue flames that came out of the crater holes. Aside from that is the second thing, whichis the star cross that you cna see much often if the sky is clear enough. Because of that, the place is not famous for hikers, but also photographers. 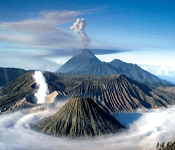 Next oene is the mountain that located in the eastern Java island areas, the province of East Java. Well, there are not much to say about this one except how beautiful it is. Like if you visiting this mountain, you will get many things behind the view of the mountain itself.

For example, there’s this beautiful hill in there called teletubies hill, the reason is because the physcial appearance ofi is realy similar to the one in that show. Also, there’s this little desert in there, which is also cool. 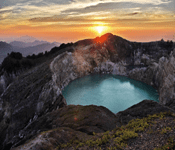 Moving from the area of East Java, we will go to the next mountain area called Kelimutu. For you who don’t know, the location of the lake or Kelimutu mountain is in the East Nusa Tenggara, in the Flores island to be exact.

Interesting things about this is the fact hat the lakes have three different colours. Through times, those colours will change eventually. Well, it’s another good thing to find in Indonesia rigght, there’s not so many lakes that have that speciality. 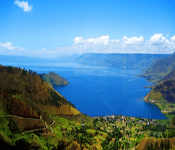 Of course, the name of this lake ain’t to unfamiliar with you. The name of Toba lake is indeed so famous andfamiliar in the tourist ears. This one beautiful lake located in an area called North Sumatra. Insidethe lake there’s also this small island called Samosir island.

It’s believed that the island itself is like a children of the Toba mountain in the past. It sudenly came out after the erruption and then exist in the middle of the lake like you can see today. Well, the lake is really loved by some tourists, either it’s domestical or foreign tourist. 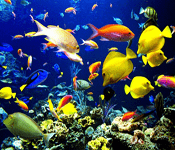 If you’re a diver or a really good swimmer, we can’t recommend this place enough for you. Another natural treasure that Indonesia have is of course this beautoful sea park called Bunaken. Inside, there are more t 20 dive spots filled with amazing sea ecosystem.

It’s really wonderful thing to see the fishes, the corals, and their well maintained natural habitat can after long days of working. It can agreat choice for relaxation and stress relieve in the end of the days. 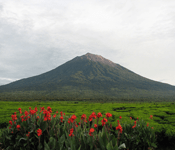 As the 10th natural treasure in Indonesia, we want to introduce to you the lake that located in the area of Jambi called Kerinci lake. This is actually a name of the lake, but it’s also the naeof the mountain around it.

In the record, the Kerinci lake is actually the highest lake in the South East Asia region. Because of that condition, the weather in here is  little bit extreme for tropical people. It’s advised to wear at least a jacket with you.

Those 10 treasure are of course wouldn’t be final step of adventuring in Indonesia. To give you more and more information about what are the other things you can find in Indonesia, which still look natural and having their own speciality of course, you can also see these places that will be mentioned in the small list right below :

Those are the complete 17 list of the natural nature that you can find in Indonesia. If this list doesn’t satisfy you enough, you can alwasys have some spare chance for looking anothe trip to find hidden natural treasures in Indonesia. Adventuring in this country is one best nature advanture ever. So, before leaving this world, be sure to do some adventures first to finally grasp the true meaning of life.