Beside the natural treasures, there are also soemthing left on the land of Indonesia. What is the thing? It’s the natural heritage. Yes, even some of them are not so natural, even made by some ancient people.

But, we can also said that those are the heritages that they left for us, waiting to be discovered to undertand about the ancient life some more. In this list, we included some of the best spots of prehistoric and kingdom heritages that still look very well until this time. So, what are those natural haeritage in Indonesi? Let’s see the 10 spots first 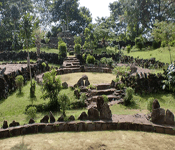 The first site that of course worth to mention on the list of natural heritage sites in Indonesia is the one located in Kuningan regency, called the Cipari sites. In here, you can find several unique items that consist of megalithical items.

Starting from some tombs, and also the structure of a village that consist of stones only. The site itself was found in the year of 1972 woth the sign of finding the stone tomb in the first place. And then, in the year of 1975, they found some more interesting items like pots, silvers, and also some building foundations. 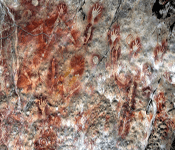 Next one is the sites that located in Kokas area, around Fakfak regency of West Papua. Beside having some good natural attractions, Papua also has some sets of unique heritage sites that can be found mainly in the west part of Papua island.

In this site, you can witness one of the wonderful things in the human’s life, seeing directly the hand paintings of prehistoric people in a small cave located also in that very area. The hands are mainly painted in red, with many forms like animals, and also humans. 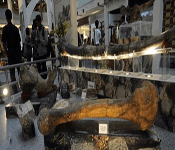 Journey not stopping in there, we also have nother round of site hunting. Now, we go the the place called Sangiran.  It’s in Java, Indonesia. Precisely, it’s located in the Central Java of Indonesia, for about 15 kilometers from Surakarta city, near the Solo river.

Well, the site is considered as one important finding in the archeological research. In there, there were several bones of prehistoric people, and other things. The expeditions started at  1883 and kept growing to the year of 1934, when they finally found several interesting fossils. 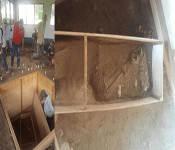 Next stop, is in the Bali island, in the region that famous for its name, the Gilimanuk. This site is really good to study about the life before the history begins. It’s actually easy to find the site, especially because its location is not far at all from the Gilimanuk Port.

You can even reach the site by walking. But beside that, what they found in here is also remarkable. Below the ground, they finally succeded to dig out some items like pots and silver tools that believe to be the equipments that people in the old ages use, espeically during the Hindu-Budddha time in Bali. Well for you who ive around Bali, be sure to check the site first before actually looking for another site in other areas outside Bali. It’s good to notice that there’s still some sites like this exist in the land of Bali, especially the sites that found many things from the kingdom era. They can be useful to increase knowledge and uncovering the true history. 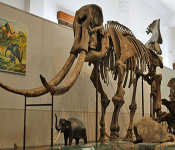 In the fifth heritage sites in Indonesia, we have this Patiayam sites with us. Well, the thingshat founin this sites are mainly related to the prehistoric age. For example, there are some human bone foundins in here, and also teeth structure.

Beside the human relatd items, they also found some fossil and bones about prehistoric animeas like mammoth or Stegodon Trigonochepalus. There are mainly animals related fossil in here like the rhino skull, crocodile skull, cat, pi,g, and even buffalo. All of them have the age starting from 700.000  years up to a million. 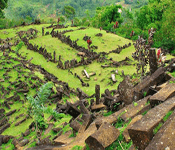 Next site is located far away from the site above. This iste is exixts in the area of Pugung raharjo village, Sekampung Udik, Lampung Tenggara, Lampung, Indonesia. Well, if you see on the picture there, you can see there are some stones that located on the ground.

What is that mean? That’s a littleting called Arca or some small monuments that used mainly the kngdom era of Indonesia or prehistoric era. Those stones also contain the ceramic s from han, Sung, and Ming dynasty. 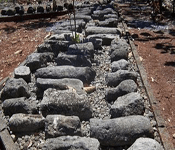 The next location is in the Yogyakarta city, located not far from the city center. The sites has the name of Sokoliman site because it’s located in the village called Sokoliman. Ths one is cnsidered a really rich megalithic sites,

The reason is, they finaly found so many things that used in the prehistoric era, mostly the stones that used for the thing called Punden Berundak. Beside that, there are also some stones at resembling Arcas. The moved to the other area to prevent the vandalism done by the villagers. 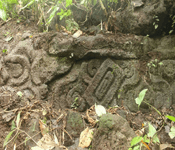 Another thing to find in the heritage sites in Indonesia is the Ujanmas site. Let us introduce the area first. Ujanmas is the area that exists in the North Dempo, Pagar Alam. In here, thesites aremonly found in the rice fields.

Why those rice fields are being target for the sites? Because after deep looking to the fields, the researchers found the stones from megalithic era. If you look closer, those stones like having carved face on them. You can still find those stones in that area. 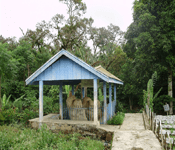 Like the site above, this Tegurwangi also considered as one unique site that has its owb special foundings. Found in the year of 1997, the cation gain so much respect for many people because of the things a found in there.

In that very year, they succesfully found the stones, the carved stone statuesth believed to be maed in prehistoric era, megalithic era to e exact. The statues are mainly have this kind of black colour and some of them are having a little bit white colour. 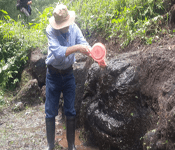 The 10 site on our list of the natural heritage sites in Indonesia is this Nanasan site. Well,this site was found in the area of Malang. In the wall of dirt of Nanasan village, some villagers decidedto dig it a little and were suprised by what thy found beneath the dirt.

It’s the wall that has this unique relieve on it. It’s believe to be one of the four bathing sites in Java area. Well, in the Kingdom era, those bathing places are used by the kingdom family members, usually the one who has a high or well respected status amongs the other people.

Another list here, is the small list that contains some of the places that also considered as the heritage for Indonesian people. You can see them completely in the informations below. Be sure to check them all :

So that’s our complete list of the natural heritage thatcan be found within the land of Indonesia. The area itself is so hugh, and then completed with some sites that worht looking for. All of them are still intact and not touch with modernity at all. Some of the sites also found lately in several years behind. The fact that there are so many heritage still that remain hidden beneaththe ground is fantastic, concluding there’s much potential to find other relics, hidden buildings, or tombs that still becoming a mystery.

10 Types of Market Structure in Indonesia