Bali is known for the Hinduism practice and many temples which contain many historical dan legend stories. Below is the list of 15 Hindu temple at Bali :

Hinduism temples in Bali known as sacred heritages which still maintained until now. Even, Hindu people in Bali usually used temple for ritual religion as well as ceremonies. Below, we inform you 15 Hindu Temple which exits in Bali, as follows: 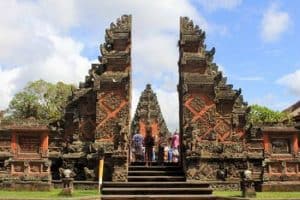 Batuan Temple, also referred as ‘Pura Puseh lan Pura Desa Adat Batuan’ locally is built around 11th century. This temple has been mentioned in many studies dated back 1000 years. This landmark is the symbol of the local village of the same name, Village of Batuan.

Batuan temple is well-known for its traditional Balinese arts and paintings, fruit and flower offerings, and often filled local artists and craftsmen displaying their latest work, from batik to framed paintings and statuettes. Which is also what attracts the tourists.

There is five-tiered in Batuan temple which is called candi bentar. This is the symbol of the mythical Hindu gods which are called The Trimurti, Brahma, Shiva, and Vishnu, as those three gods are the one worshipped by the local people. 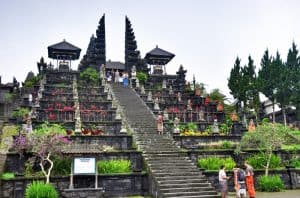 Besakih temple or also knows as Pura Besakih is the mother of all the temples in Bali. This temple was built dated back to 1000 years and sits at the holiest mountain of Mount Agung. Known to be the biggest and holiest temple in Bali, the Besakih temple is also known for the artistic and unique complex that comprises at least 86 temples inside the temple.This is the only temple in Bali which opens to every devotee from any caste groups. Besakih temple has three temples dedicated to the Hindu trinity. 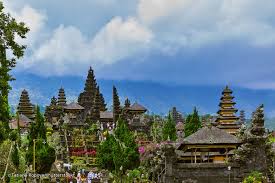 There are not many historical texts which refer to the origin of Kehen Temple in east Bali, but many have dated this temple to the ancient time during the Hindu and Buddha kingdom rules in Bali. Kehen temple has unique architectural features.

The courtyard of the temple is reachable from up to 38 stairs, with carved sandstone mythical animal and Balinese folklore figure statues around the staircases. Kehen temple is also famous for local fruit plantations, palm sugar cottage, and scenic countryside.

As the temple was built during the ancient times when Hindu and Buddha ruled Bali and some other of Indonesia, many parts of the temples are surrounded and decorated from Chinese porcelain, which is the tribute to the historical relations between the local Bali kingdom and China. 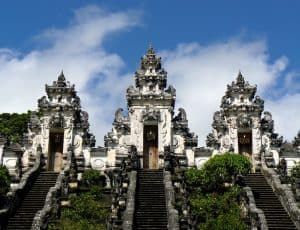 Lempuyang temple is also said to be the oldest temple in Bali and the most regarded one just like Besakih temple.  It is also believed to predate the majority of any Hindu temples in Bali. Lempuyang temple which is also called Pura Lempuyang Luhur, the temple located at 1,175m above sea level, up on the peak of the Mount Lempuyang in East Bali and hence the name Lempuyang.

The temple has around 1,700 steps and it is believed that if one wants to reach the temple they should not complain while on their up otherwise, they will never succeed. The holy water from the priest can also sooth your mind, body, and soul. 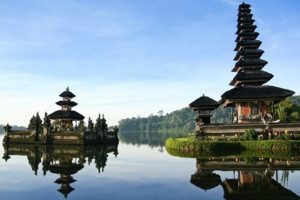 Though there is no exact history as to when this temple was built but the Dutch did some renovation and added some figures to the temple during their colonialization of Indonesia, that is dated to 1906 back.  Majority of these figures was done by a Dutch artist named Wijnand Otto Jan Nieuwenkam. This temple is surrounded by many gardens and carvings.

Due to its size, Meduwe Karang is also regarded as one of the principal temples in north Bali. Meduwe Karang was dedicated to Lord Meduwe Karang, the god of protection of the agricultural land. This temple is also surrounded by many figures which represent the epic tale of Ramayana. 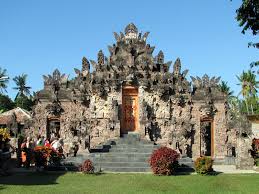 This temple is dated back to the 15th Century, during the reign of Majapahit Kingdom in Java. It is said to be the most beautiful temple in North Bali. Beji temple or Pura Beji as it is called by the local is regarded as the central temple in the village of Sangsit. This temple is mainly revered by village farmers which is what makes it unique in entire Bali. It was built around a well as the representation of its name, Beji, which means purifications by holy water.

Beji Temple was built for goddess Sri, the goddess of fertility. The temples are surrounded by carvings which represent the fables and legends in Hindu mythology. 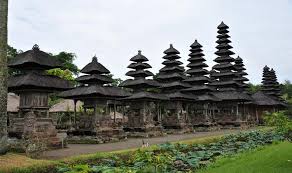 Blanjong Temple or Pura Blanjong was built by cenotaph of Sri Kesari Warmadewa, the direct descendant of Syailendra, the Buddhist ruler who built the Borobudur Temple. This temple is located in Sanur, a region in Bali which is famous for the beauty of its beaches.

Inside the temple, there is also the milestone of Sri Kesari Warmadewa which represent the glory he brought while ruling the kingdom in Bali.

On the other hand, The bronze kettle drum is kept in the inner chamber of the temple. It is believed to be dated back to 300 BC and the largest kettle in Southeast Asia. 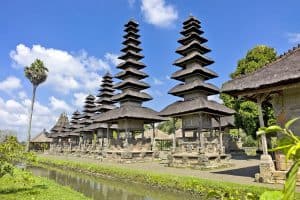 Tirta Empul Temple is the one of the oldest temple built by the Warmadewa Dynasty. It was built 960 AD. This temple serves the tale of the old kingdom of Bali and the tale of good versus evil. Just like the name, Tirta Empul, which means the holy water spring, there is a source of holy water located at this temple. 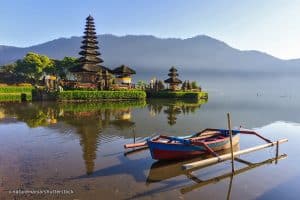 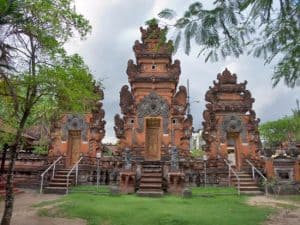 Petitenget temple is believed by the local Hindu people to be one of nine pillars known as Kayangan Jagat or the temples of nine wind eyes built in the 11th Century by Empu Kuturan. These nine eyes are (a Javanese Sage) who came to Bali bringing religious law and the formation of traditional villages. The nine eyes are also believed to protect the island from any outside threat.

Meanwhile, the building of this temple was because a holy man from the island Java came to Bali and left a box, which the local called to be the sacred box. In fear of what might open if they open the box, they built a temple around it. 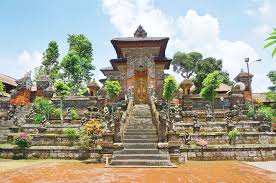 As the name suggested, the temple is believed to be the meeting of three or Tiga as the local called it, gods, deities, and saints. This temple is the royal temple of the Bali king, Udayana Warmadewa during his reign. This temple is also a tourist spot due to its location on the main road of Ubud and Tampaksiring 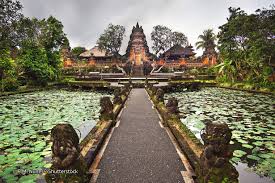 As the name suggested this temple was built for goddess Saraswati, the goddess of wisdom and art. This temple was filled with the pools and gardens of Lotus flowers as it is the favorite of the goddess of Saraswati. This pools and gardens are part of tourist activities, also with the regular performance of Kecak Dance, the traditional dance of Kecak. 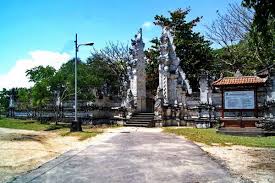 Sakenan temple was built around 1005 by Mpu Kuturan or Mpu Rajakertha, making this temple has a significance to the Buddha. Due to the location in central Bali and near to the sea, this temple, too, has become part of tourist attraction.  The religious belief of local people said that this temple is place for Sang Hyang Sandhijaya who is the guardian of sea due to the location of this temple 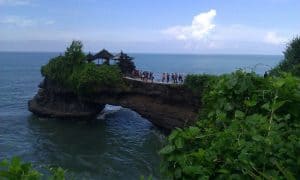 This temple was said to be built by a Javanese sage named Mpu Kuturan. This temple is built on a 70-meter high cliff and projecting directly into the sea. It is regarded to be the most spiritual temple in Bali because is dedicated to Sang Hyang Widhi Wasa, the manifestation of Lord Rudra in Hindu Mythology

The balinese regard their culture highly, below are some of the do’s and don’ts you need to take extra caution before visiting any of this temples

Finally, those are all Hindu temple which exist in Bali since ancient times. Hopefully you can protect and keep the cleanliness in temples area thus its certified as precious heritages which Indonesia have.