Behind a great building display, there is a reliable architect responsible for developing it. But sometimes, many people do not know who is actually the mastermind behind many of these buildings. In Indonesia alone, there are quite a lot of famous buildings that turned out to be made by the nation’s own native architect. From the Dutch colonial era until now, the buildings still look grand and sturdy. Here will be explained some of the famous architects in Indonesia.

Ridwan Kamil figure who is often called Kang Emil is so famous because he is the number 1 person in the city of Bandung. Before becoming mayor, Ridwan Kamil is an architect who has produced many famous works such as the Aceh Tsunami Museum, Rasuna Epicentrum Jakarta, Al Irsyad Mosque in Bandung, and various thematic parks in the city in which he leads and the famous house where he lives. In 2013, he carved out his achievements by being awarded the Urban Leadership Award from the University of Pennsylvania. He is the only Indonesian who gets the award. 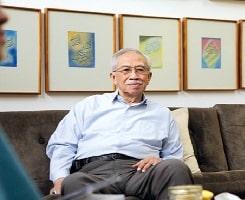 Meanwhile, not just the works of the mosque in Indonesia, Achmad Noeman’s work has already constructed abroad, such as in Bosnia and Sheikh Yusuf Mosque in Cape Town, South Africa. He is an architect originated from Garut born in 1924 and is one of the founders of IAI (Ikatan Arsitek Indonesia).

Slamet Wirasonjaya is one of ITB Architecture Professors. His famous and still standing work is the People’s Struggle Monument of West Java (MPRJB), Monument Jogja Kembali (Monjali), ITB Central Library, and Sasana Budaya Ganesha (Sabuga) ITB. On the other hand, the 1964-1972 Conefo (Conference of New Emerging Forces) project which is a landscape design and has now been transformed into a DPR / MPR RI Complex is his first work as a landscape architect. Great space around the Monument Jakarta is also the result of his ideas and thoughts. 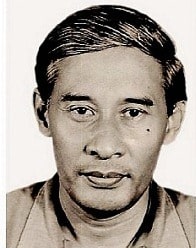 Soejoedi Wirjoatmodjo is an architect born on 27 Dec 1928, Soejodi, received his initial education at ITB, and he got a scholarship to France to continue his studies at Lecole des Beaux-Art, paris. When he was studying at Lecole, paris he did not feel at home, and moved to Technische Hoogeschool, Delft, The Netherlands. Because according to him the atmosphere is felt closer to Indonesia.

He is a talented Indonesian architect and who at that time won a contest to design the MPR / DPR Building senayan jakarta. His other famous work and still can be seen is Cafe Restaurant Braga Permai in Braga, Bandung. Not only that, Soejoedi also played a role in the construction of the ASEAN Secretariat Building, the French Embassy Building in Jakarta, and designed the master plan of urban planning in several regions of Indonesia.

Originally named Han Hoo Tjwan, Han Awal is a conservatory architect renowned for the restoration of historic old buildings in Indonesia. In 1988 he was involved in the damaged Jakarta Cathedral restoration project in various parts.

Liem Bwan Tjie is the architect of the pride and joy of Malang City which became the first generation of Indonesian architects of Dutch graduates. He was trusted in his time to design elite and wealthy houses in Indonesia. One of his famous works is the nobleman’s residence named The Bo Djwan just opposite the Brawijaya Museum of Malang. Other works include Woonhuis Loa Sek Hie Jakarta (1929-1930), Oei Tiong Ham Concern headquarters in Jalan Kepodang, Semarang (1930), Teladan Stadium in Medan (1953-1955), and the Office of the Department of Land in Jakarta (1960- 1961).

Frederich who is a son of North Sumatra is a self-taught architect, formal education is only at the level of STM (Secondary School of Engineering). Quite a lot of his work in Indonesia is famous such as Istiqlal Mosque, National Monument, Gelora Bung Karno in Jakarta until the Equator Monument in Pontianak. For his work in Istiqlal Mosque, he also received an award in the form of Honorary Star Sign of Civil Service from the government. 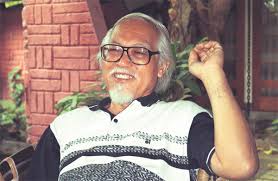 Architects Y.B MANGUNWIJAYA PR is the most famous architect in Indonesia because its contribution is not only limited to architecture but also seeps into our memory and soul. In the field of architecture, Mangunwijaya has a tendency to play with color, space, and atmosphere. This makes his works filled with the expression of a diverse form that looks unique. In the field of architecture he himself graduated from Architecture Engineering ITB, 1959 and Rheinisch Westfaelische Technische Hochschule, Aachen, Germany, 1966, and is dubbed as the father of modern architecture of Indonesia. His famous work is Bentara Budaya Jakarta, various churches and residential areas of Code River.

He is also a writer who produces works that are praised not only in Indonesia but also throughout the world. Namely the Birds Manyar and Roro Mendut. He is also very concerned about education in Indonesia and founded the Foundation for Basic Education Dynamics, the foundation of education for poor and neglected children. 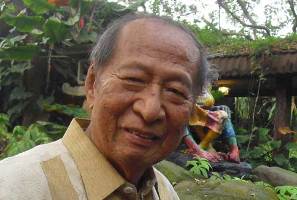 Ir. Ciputra is an engineer and entrepreneur in Indonesia. He is well known as a successful property entrepreneur, among others such as the Jaya Group, Metropolitan Group, and Ciputra Group. In addition, he is also known as a philanthropist, and take part in the field of education by developing schools and Ciputra University.

Ciputra’s fastest growing business is Ciputra Group. When the monetary crisis hit Indonesia around 1997 its business group was in debt and declining but has now risen and resumed business in Indonesia and abroad.

See Also: Largest Ethnic Groups of Indonesia – What to Wear in Indonesia 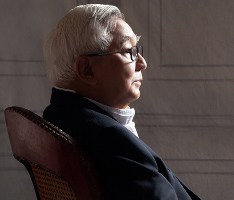 Architects Hendra Hadipranater has his work in Ramayana Galleries Hotel Hilton and Bank Niaga Indonesia. In addition, his work also includes hotels in Indonesia and clients including the close family of Soeharto.

His most recent works that can be seen are Bina Nusantara University Building and Airport in East Kalimantan. Attending at Akademie Minerva Afdeling Architektuur, Groningen, Netherlands, this architect then founded Hendra Hadiprana Architect and Interior Design. 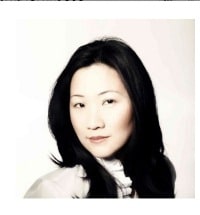 The female architect who inspired many people was Daliana Suryawinata. The architect who was awarded a doctorate at the University of Delft-Netherlands is the best known when she proposed the concept of “Jakarta Superkampung 2045”.

The concept aims to overhaul the existing settlement in Jakarta, but does not change the characteristics and noble values of the kampong itself. Daliana revealed that if the concept of Jakarta Superkampung 2045 is realized, then the development of Jakarta will be finally able to keep up with Singapore.

Not only just carrying the concept, Daliana is also known as a female architect who brought SHAU (architectural and design consulting firm) won many awards in domestic and international fields, such as Honorable Mention Award from the City of Munich (Preis der Landeshauptstadt München), Finalist Smart Material House Competition, IBA Hamburg, and many more.

In addition to the award, Daliana has also issued more than 20 titles of books spread across Indonesia and abroad such as Archinesia Vol.1, Jakarta, Proceedings of the Intercad Vienna, Austria, and The Architecture of Hospitals, NAi Publisher, Netherlands. 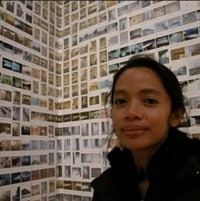 The other professionally inspired woman is Wendy Djuhara. One of her best works is to create the concept of the environmentally friendly house, which is the result of collaboration from 10 leading architects in the country. The personal work entitled “Shinning Star School” succeeded in bringing itself into account in the international competition World Architecture Festival 2010 in Barcelona. As an architect, Wendy increasingly has widely known thanks to the support of her husband who is also an architect, Ahmad Djuhara. 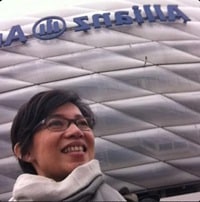 The woman who graduated from architecture at Trisakti University published a review of interior design and building architecture, inspired from the perspective of a leading architectural professor, Prof. Josef Prijotomo.

When you pay attention to the publications of Imajibooks, Imelda not only accentuates works that seem to be her own, but also the contributions of various architects who not only have a reputation but also for young architects who have work that can be proud of.

Other Architects in Indonesia

There are also other architects in Indonesia which have such a great skill in architecture major. as follows:

Meanwhile, Conrad Chapel in Bali, which he designed with Antony Liu and Ferry Ridwan, and Javaplant office in Tawangmangu, Central Java, received three awards from IAI DKI Jakarta in 2006. For that also in 2007 Wallpaper Architecture Directory named Aang as one of the architects, from 101 architects of the world, the most took part in 2007. Lastly, in 2008 Aang again managed to snatch 3 trophies from 7 awards at the IAI Award (See Also: Native Plants of Indonesia)

Having been a world-renowned architect and curator, Budi Pradono argues that to be a designer and architect in modern society, it needs a passion and a desire to learn about many things. Participating and visiting art and design exhibitions abroad can be an excellent input and he often distributes to important seminars in Indonesia and abroad. The founder of an architect firm named Budi Pradono Architects has received numerous awards, one of which is awarded by Arcacia at the 2016 ArcA Award for Architecture (AAA) for the residential category

Architecture can be regarded as a landmark into which the development of a country can be measured. By the availability of certain and unique landscape architectural building that can impress many onlookers thus the advancement of a certain country can be measured. That’s why in producing highly great and quality architect only then Indonesia can be regarded as one of the developed nation on earth.

Top 23 List of Famous Indonesian Food (#5 is Most Delicious)