Located in the area called “Ring of Fire”, the geographical location of Indonesia is indeed making the country dangerous. For you who don’t know what is the meaning of Ring of Fire, you can say that, Indonesia is  circled by its volcanoes. In 2012, it was noted that Indonesia has approximately 27 active volcanoes that can start to explode at any time.

Because if its location, many people in Indonesia facing a lot of earth quakes for so many years. Starting from the famous mountain of Krakatoa, or with the native name of Krakatau, exploded 1883. Many people referred that explosion as the worst volcano erruption ever, causing the temperature drops to the world and the terryfing dark clouds that spread for about 6 miles wide. But, beside the valcones, the earth quakes in Indonesia are also caused by the drifting earth plates beneath the sea. And some of them causing the earth quake that destroy the people’s life above. Here are some list of the historcial earthquakes in Indonesia that happened in these regions : 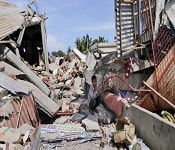 The very first yet the must destructive earthquake happened in Aceh Darussalam.This is the biggest and the worst destruction in the past 20 years in Indonesia. The magnitude of the quake reached the number of 9,0 at first, but then increased to 9,3. This is one worst quake in Indonesia, in the year of 2006, December 26.

This quake is bad enough to cause something bigger like tsunami. The quake caused destruction for about the coast area of Aceh and North Sumatra, because of the driting earth plates beneath the sea. Not too long after that, tsunami came to crush the people of Aceh, causing nearly 131 thousands of people and 37 thousands missing. The Tsumani also crushing the other countries, especially the ones that located in South East Asia like Malaysia, Thailand, Myanmar, and Sri Lanka. Also,it reached further areas like South Africa and Madagascar. 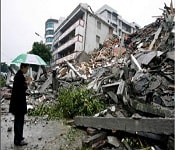 The next one is the earthquake in the area of Papua, the eastern big island in Indonesia. Even though the location is not included inside the ecuator area, but the island is located near the center of the sea, only some kilometers from there.

This quake was happened arrund the area of Jaya Wijaya peak with the magnitude of 7,1. Many people died from this disaster, mainly because of the land slide. 500 people found dead, and around 9 thousand are missing. This disaster in June 25 1976 should be remembered.

3. The City of Yogyakarta 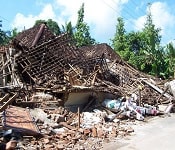 United States of Geological Survey noted that this earthquake back in 2006 reached 6,2 magnitude scale, even though some people said that it was 5,9. This quake happened around 5 am in the morning, when most people still asleep for about 57 seconds. With that time, it cna destroy almost every building in Yogyakarta, mostly the houses. 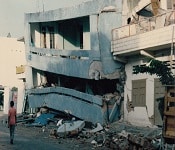 The next historical yet horrifying quake in Indonesia is the one that happened in the Flores, December 12, 1992. This is one of the scariest disasters in Indonesia. There was the tectonic quake that reaches about 7,8 magnitude scale, big enoug to cause a tsunami that has around 36 meters in height.

That every tsunami destroy almost 90% buildings in an island called the Pig Island. The schools, homes, even the spiritual places were destroyed in minutes. Causing two thousands people to die, 500 missing, and 447 people suffering from wounds. 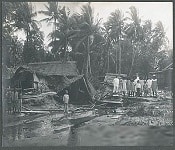 Back to hundred years ago, there was a earhquake in the land of Ambon, in the date of February 17, 1674. With so little technology, it’shard to describe the magnitude scale of it, or to detect the future spread. This condition left some people unprepared for what’s gonna hit hem real soon.

But the point is, the tectonic is big enough to make a ten tall tsunami in a split second. Some guessed that this quake reaches 7,5 richter scale, hitting some areas near Ambon like Seram Island, the small island around Maluku, and also attacking the Banda Sea. 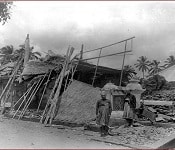 So little knew that the angelic Island of Bali suffered from an qarthquake years ago. In the 1917, or in the middle of the world war, even though the war didn’t bring any effect to this quake. Surrounded by seas, Bali island has a very high risk to suffer a high magnitude scale of a quake.

And that was realised in that year, when a greta tectonic quake finally happened in that island, destorying all the beautiful temples and some Balinese architectures. It’s 6,6, causing the land slides that contributed almost 80% damage to the casualties. 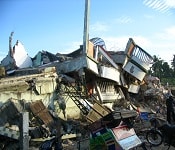 The next earthquake happened in Nias Island, not far from the Ambon and Nusa Tenggara. In the year of 2005, there was a tectonic quake that usually heappened in some areas that has geographical location as this one.

The quake occured during midnight, at least near midnight at the hour of 11 pm, when mostly people sleep. Not so many awake at that time, making the nimber of casualties keep increasing. Total, 1.346 casualties just because of the 8,6 richet scale quake, second biggest earth quake in Indonesia. 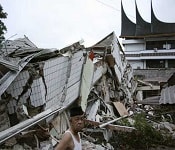 And then, we will go to the western areas of Indonesia, in the land that has so many earthquakes, the Sumatra island. Almost all of the areas in Sumatra suffered from a tectonic quake at least once per area.

For example, is this earthquake that took place in West Sumatra around September 30, 2009. Casuing much people to die because of the their own fallen building. Many houses broke into half, and also a tall building that doesn’t have a stucture anymore. All because of 7,9 richter magnitude scale quake. 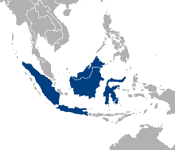 Next erathquake occured in the locations included in Kepulauan Sunda, or the Sunda islands. There are two big portions of Sunda island, the Big ones and the small ones. Each part contains some islands that maybe you’re familiar with.

And this quake happened in between them. In the center of the sea, there’s 8,0 richter magnitude scale quake just below the sea. It causing so much casualties, especially the people that live in the coast or the beach areas. This Augustus 19, 1977 disaster should be noticed. 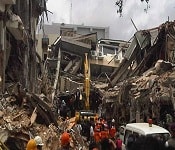 And in the 10th place, we have to go through Sumatra island again, exactly in Padang city, located ind West Sumatra. As a capital city of West Sumatra, the city also suffered from a gigantic earth quake that took place in September 30, 2009.

The 7,9 earthquake causing biggest destruction to the houses and government infrastructures. Almost 135 thousand houses destroyed, and some road can’t be accessed anymore. The government took a bit time to renew the condition.

Also, beside those 10 destructive quakes that happened in several regions, these ones are also can be counted as the worst quakes in Indonesia :

So those are our historical earthquakes in Indonesia that causing many people to die or missing, or suffering from those things. These earthquakes are not something new for our people. Sometimes we can even feel some small eathquakes like the one that just happened some days ago in Jakarta. So what are Indonesian people do about that?. Nothing. The answer is nothing. Disasters almost happen every day in the world. One can’t just run away from there to be save from death. The only thing we can do is, doing what our religion told us to do,and just make some peace with our own God. With a peace at heart, one will never be afraid of death, or the disasters it brings.

13 Rules When You Visit Indonesian Museum