Some of us now that Indonesia is indeed one great country with its potential of anything good, anything special even in the times back then or until now. You know there are some people pf Indonesia that has  their own unique ethnics. Like Chinese, and Javanese for example. But here’s a fact for you. There are many  indigenous tribes that lived in Indonesia long time ago, and became the Indigenous Tribes. They existed in all areas in Indonesia, even in the easternmost in Indonesia, or even the northernmost of Indonesia which is adjacent with other country.

Therefore, now i want to inform you about how many Indigenous Tribes of Indonesia which still exist and developed until now. As follows:

We include 8 of them. They all spreading across the archipelago, too many too find actually. Then, we finally decide to summarize it into 8 Tribes. Also maybe some of them already familiar to your ears. Now, lets start with the first Tribe. 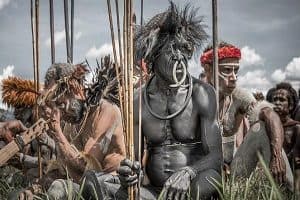 The true face of Papuan. With natural-and-free style they used in their daily activities. They usually don’t wear any clothes, except the ones that cover their genitals and their heads. They really love nature, and hating any exploitation of it. This is the perfect example of the love between men and the nature that we should practice.

This tribe has a high value in art also the culture, They still keep it tightly in their hands, will not let it go forever. The people really respect the tradition and dont intend to touch the little thingy called modernization. Cultures and respects beyond all of that. Most important things that they want to keep till the rest of their days.

Meanwhile, Dani tribe is very strict with their basic beliefs which is always respect the ancestors spirit in every where they go. The beliefs of Dani tribe called Atou. Atou itself s one of belief that keep patrilineal descendants which is one of powerful rule among other belief. In addition, Almost all people in Dani tribe speak their own language. Dani tribe has three language, as follows: Wano, West Dani’s accent,  Nggalik and ndash. 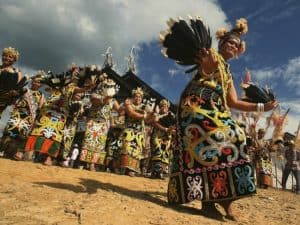 Then, here’s the second one. We’ve already studied it in the previous article. But if you haven’t, remember this. This is one beautiful tribe. Yep, beautiful. Either looking from the women or the clothes. The clothes designed with colorful colors and applied with the perfect composition. Arranged to be the most beautiful clothes ever.

Other than that, this tribe also has several unique ornaments that many people love. Including the ones in other countries. For some people, the ornaments show the complete originality of their art with the touch of glamour of craftsmen hands. It will be a great gift to anyone, including you.

Meanwhile, Dayak tribe is divided into two groups based on their religion. Both of them are Dayak Muslim and Dayak Non Muslim. Then, Dayak tribe also has their own traditional ceremonies such as mangkok merah ceremony, Tiwah ceremony, Tanam Padi ceremony, Thanksgiving ceremony, and so on. 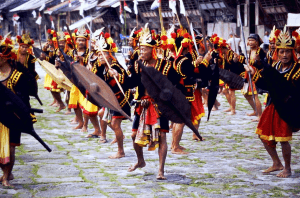 Starting from the ancient time until now, the Nias Tribe still stands firmly. Looking at their cultural heritages, this tribe is so awesome. If you really curious about them, you can try to visit Bukit Matahari in several occasions.

The most famous and also displayed in Indonesian currency is the jumping stone. They keep doing the jumping until now, and do it again in the future. So the culture never ends. You can try the jumping if you want though, even its a bit dangerous.

Beside the jumping as one of Nias culture, the other thing the Nias Tribe should be proud of, is their pride. Yep, their own pride as warriors. Their bravery and boldness already known in Indonesia. They’re not afraid of something except their own God, and will do anything to protect their family. Their warriors like pride is the thing we should applied in our life. To not afraid of anything, to not afraid of any chance that comes. 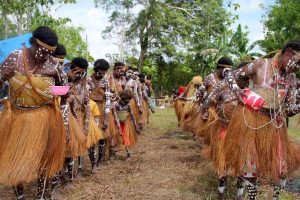 The another tribe that exists in Papua region is the one Kamoro Tribe. Its really easy to differ them from another tribes. You don’t need to look closely, do not to think about anything. Just look at their skin. They have white dots on their bodies. Look like a combination between a man and leopard.  Except this one, its white.

The other thing you should now about this tribe is, they’re famous! They occasionally went to several cultural events in Deutsch and Brazil. They showing their unique dances, and their behavior as an Kamoro. Once again, this tribe makes Indonesia proud in the world’s eyes. They’re unique and different from other tribes, making it more special than the others. 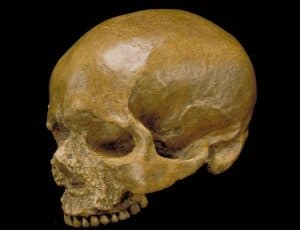 Wajak tribe is  the oldest tribe in Indonesia. The’re living in East Java area, Tulungagung to be exact. They live there in peace and without any conflict. But now, you can’t find them anywhere. Not in Tulungagung or other areas in Indonesia.

All that left is their fossil. For your information, this tribe is also included in one species of prehistoric human called Homo Wajakensis. Their existence is unknown, their behaviour is also unknown. Its lost and becomes a legend in Tulungagung. 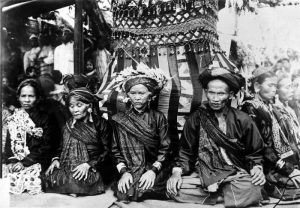 This tribe got second place as the oldest tribes in Indonesia. They’re so old because their existence is began along with Indian and Inka Tribe, even a little bit long before them. Imagine that, this tribe was exist in 10.000 years ago.

They live with their own unique ways and beliefs. Its said that their culture is very thick and they maintained it very well. Cultures and traditions survived in several generations through apllying them in their daily life. 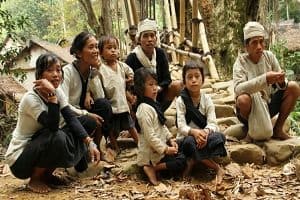 Baduy tribe is an unique tribe that live in West Java. Conserving nature, respecting each other, and obey the rules are like the pillars of their life. They don’t use any footwear when travelling outdoors, just to be able to “feel” the nature.

This tribe success to survive until now, and according to several informations, they stay in Banten now. Beside staying in Banten, they also start spreading all other areas in archipelago. So, the number of Baduy Tribe’s people is keep increasing.

Meanwhile, Baduy tribe also has their own unique customs which is still developed until now, such as their etymology, dialect, beliefs, as well as their clothing. 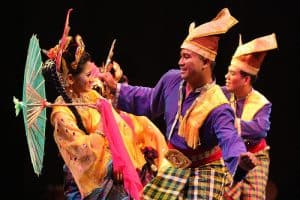 This is the tribe that connects us worth our neighbor, Malaysia. Actually, some of us came from this tribe. Just for example, some people of Melayu tribe are staying at a regency in Malaysia, and other areas in Sumatra island. The formers of this tribe are Austronesian, whom already famous throughout several countries in America and Europe.

Like the other tribes, they still keep their cultures until this very time. The culture is the treasure. So, if you dont want anyone to take away your treasure, you must keep them for its own safety. Just like this tribe.

Then, after finishing this article, you should do something to make you remember about your own people. You can start by reading it, or ask your parents about it. So by doing that, you’ll never forget where you come from. Not only the country, but what tribe were your families on. Also you might be born from the cool one.

Top 40+ Famous Food of Indonesia with Rich Taste Must Try