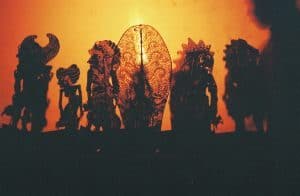 Wayang Bali is not only a matter of art, it is also used for religious ceremonies of Hindu Bali since hundreds of years ago. The Love of Balinese puppets can be regarded as part of the culture and also media tool of conducting major religions in many provinces in the archipelago. Balinese culture has indeed become the representative mouthpiece of Indonesian civilization thousands of years already and its influence still lives to this day.

In the 4th century, the Hindu nation of Shiite sects came to Indonesia. The Hindu people who came later were Mahayana Buddhists. The culture was brought to grow in Indonesia so that the cultural acculturation of the two nations merged. The process of acculturation has an impact on changes in aspects of life. Including the change of puppet art, among others, from simple painting into the current form. The use of the story also changes, from stories depicting the greatness of ancestors replaced by stories taken in the epic Ramayana and Mahabharata.

In the year 1400 AD, the kingdom of Bali is a kingdom that still stands independence from another kingdom in the archipelago, apart from the power of Majapahit in Java. At that time, the Balinese culture was strongly influenced by the Hindu and Hindu-Javanese cultures, and also the root of the influence of Kapitayan’s beliefs, until the arrival of the Dutch government, so that Bali’s influence could be said to be pure for more than 500 years without outside influence. As a result, in Bali, there emerged a unique, separate and developed culture different from Java that since the 17th century had been influenced by the Dutch and even since the 16th century was influenced by Islam. It thus causes Balinese puppets to not change as had happened in Javanese puppet.

Based on the history of puppets performances in Java and Bali, it shows that Balinese people are open, tolerant and adaptive to other foreign society. That attitude is still maintained throughout today. With this open attitude, Balinese people still stick to the roots of their own personality. In puppets Parwa the root of personality is seen from the nature of the ritual as the transformation for ancestral spirits worship in antiquity. From the beginning, puppet performances is a sacred rite as a medium of communication in ancestral worship. Bali leather puppets continue to grow for its sanctity in the process of acculturation of Hindu and Javanese-Hindu culture. 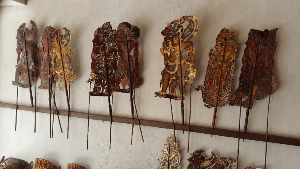 Puppets leather Performances which is one of the national cultural arts of Indonesia is known as the traditional art of multi-medium majesty. Especially the Puppets leather in Java and Bali, its existence is still much favored by the community supporters. The puppet art of these two regions is closely related to customary and religious life.

In its development, Javanese Puppets leather now has its function to begun shifting toward entertainment value. Another case with the art of wayang performance of Bali which in itself still function to allocate for the interests of religious and traditional ceremonies. Although in the today’s development now there are some puppeteers who try to pack Bali puppet show towards entertainment for the crowd.
This effect shows that Javanese and Balinese wayang performances have some interesting similarities or differences to be analyzed. Components that show many similarities mainly arise in the use of plays, performance techniques, and functions.

Both in Java and in Bali the wayang kulit performances are both dominated by the Mahabrata play, a play that has long been well known on both islands. In terms of techniques of presentation of wayang kulit performances of Java and Bali, there is a drama or theater performance towards the shadows that both use essential characteristics. A puppeteer plays puppet shadow in front of a large white screen, at the same time singing and reciting dialogue and narration accompanied by gamelan music. The plays that dominate the wayang world in both regions are both based on the epic Mahabharata and Ramayana story. In terms of performance function, Javanese and Balinese leather puppets are equally related to the interests of culture, social, ritual, and belief. In terms of language, wayang kulit Java and Bali also similarly used ancient Java language. Whether it’s in narration, dialogue and on the lyrics of the song and vocals.

The existence of wayang in Balinese society is inseparable from sociocultural and religious life embraced by Balinese society. Wayang puppet as a work of classical art, including high-quality artwork and life, continues to live throughout the ages. Since the influence of Hinduism, the existence of the Wayang itself has been strongly linked to the religious teaching system. In addition, the presence of two large epics of Mahabharata and Ramayana enrich the puppet plays in Bali.

Below are the types of Balinese puppets: 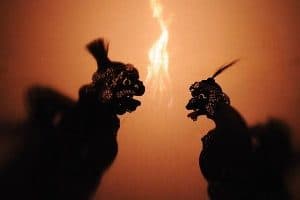 Parwa puppet shows are closely related to Hindu religious ceremonies in Bali. This shows that art for society does not go linearly with the literal meaning of true art performances. This conception often ignores the question of value in art. In wayang Parwa, the performance shows religion and art combining together, besides philosophy and knowledge that together form the totality of Balinese life.

In line with the opinion a Mangku Dalang, in which he said that culture and religion blend easily in Balinese society. The rite on wayang Parwa is an offering for the Almighty. Offerings contain the value of the sacrifice, sincerity and the spirit that did not stop the ceremony but flows pervasively in the dynamics of people’s daily lives. Not infrequently for a ceremony requires considerable financial sacrifice. In view of materialism world, this financial sacrifice for deity is a futile, wasteful and unproductive act. However, if it is seen in religious view then this fulfillment of God’s orders becoming the sacrifice that will bring even more prosperity to the humanity by accepting it as a divine commandment. 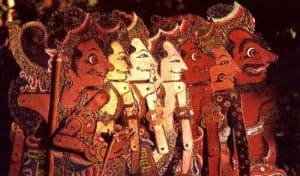 The Wayang Lemah arts, as the name implies (in Balinese, one of the “lemah” words means daylight because it is more often performed during the day or when the sun rises and before sunset). In the Wayang Lemah show, no special stage is needed. Simply grounded mats, using a gadebog (banana tree trunk) which each end is plugged with wood. The two timbers are connected to a white thread called a yarn or in some place called pipe thread. No need to install the screen because the thread is used to lean the wayang with the colorful scarf. At each end of the thread, pis bolong satakan are leveled (coin money amounted to 200 pieces). Because the show takes place during the day and without a screen, there is no need for blencong lights or other lighting devices.

But in Buleleng District, there is a dalang wearing blencong lamps in Wayang Lemah show. In Tabanan, in addition, there are wearing blencong lights, also the mastermind of the puppet wearing a lamp. But the lamps are made from the skin of the tele as a fuel for coconut oil, and the axis is made from a kerosene stove or yarn. 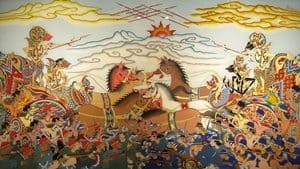 Wayang Kulit Calon Arang is also often referred to as Wayang Leyak, is one type of Balinese leather puppets that are considered to be haunted because during the show they revealed the magical and secret values of pangiwa and panengen. This puppet is basically a puppet show that specializes the plays of the Calonarang story. As a form of art the perwayangan staged as the art of entertainment, wayang Calonarang still sticks to the pattern and structure of traditional leather puppet play (Wayang parwa).
Wayang Kulit Calon Arang performances involve about 12 players consisting of 1 puppeteer, 2 maids, 9 drummers.

Among the plays usually performed in this puppet show for Calonarang are:

The peculiarity of the puppet show Calonarang lies in the side dance with ngalinting game techniques and ngundang-ngundang scene where the puppeteers reveal or mention the names of those who practice pangiwa. Until now the puppet Calonarang still exists in some districts in Bali although its popularity is still below wayang Parwa.

Differences with other Indonesian Puppets

In the concept of Javanese leather puppets performances, it is possible to hold an exploitation show. Not to mention the different role of the punakawan. The Balinese version of leather puppets (Malen, Delem, Merdah, Sangut) only serves as a translator, and if we see the performance of Ki Dalang from Buleleng, this punakawan multiply itself as each knight is accompanied by a punakawan.

The preservation of Balinese puppets is essential in understanding the historical roots of Balinese unique culture that still attracts many foreign visitors to come to the island. Thus by making the performances better and well-known will generate widespread attention and in line with appreciating the way the Bali’s culture performs and studied by many people there.